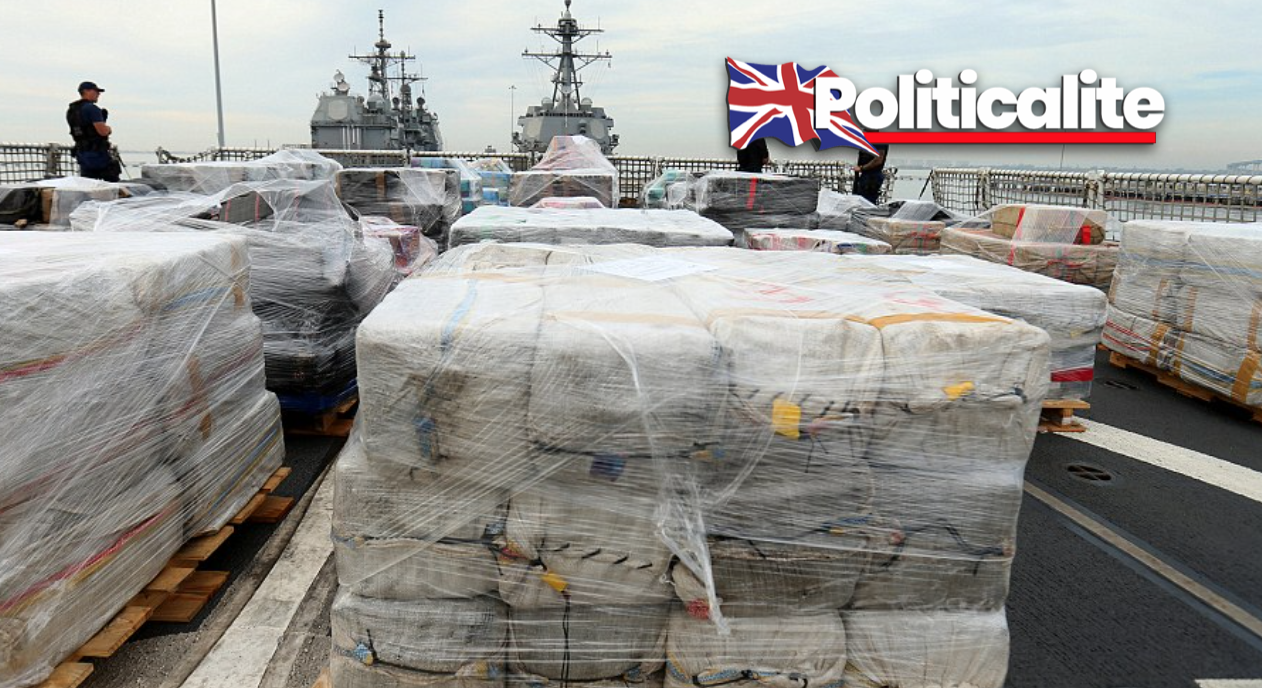 A NARCO Sub carrying THREE TONNES of cocaine worth hundreds of millions of pounds on the UK market have been recovered from a submarine intercepted off the coast of Spain.

Following an intelligence-led operation involving the National Crime Agency and international partners, the Spanish authorities interdicted the semi-submersible submarine – the first of its kind detected in the Europe – on Saturday before it could offload the drugs to another vessel.

The 20m-long submarine, which was escorted into the port of Aldán and searched by police, was carrying 152 bales containing three tonnes of cocaine.

Two Ecuadorian nationals have been arrested and a search for the third crew member is ongoing.

Officers from the NCA’s international network, who shared intelligence and coordinated the deployment of law enforcement and military assets, worked closely with international partners including the Maritime Analysis and Operations Centre (MAOC (N)) in Lisbon, the Spanish Guardia Civil, Spanish National Police and Spanish Customs.

Tom Dowdall, Deputy Director International at the National Crime Agency, said: “This huge seizure of cocaine worth hundreds of millions of pounds is a result of intelligence sharing between the NCA, the Spanish authorities and the multi-agency Maritime Analysis and Operations Centre in Lisbon.

“It is highly likely a lot of this cocaine would have ended up on the streets of the UK, fuelling serious violence and impacting on the most vulnerable members of society.

“Our officers were able to coordinate the tracking and surveillance of this drug smuggling submarine through MAOC(N), utilising law enforcement and military naval and aerial assets.

“Seizures like this are vital in disrupting and dismantling transnational crime groups trafficking deadly drugs, and ultimately protecting the public from the damage they cause.”

The investigation to determine the origin of the drugs and their intended recipients is ongoing and although the use of submarines is very common in America, it is the first time this drug transport system has been detected in Europe.

REVEALED: The Albanian Dealers Who OWN London’s Most Run Down Estate