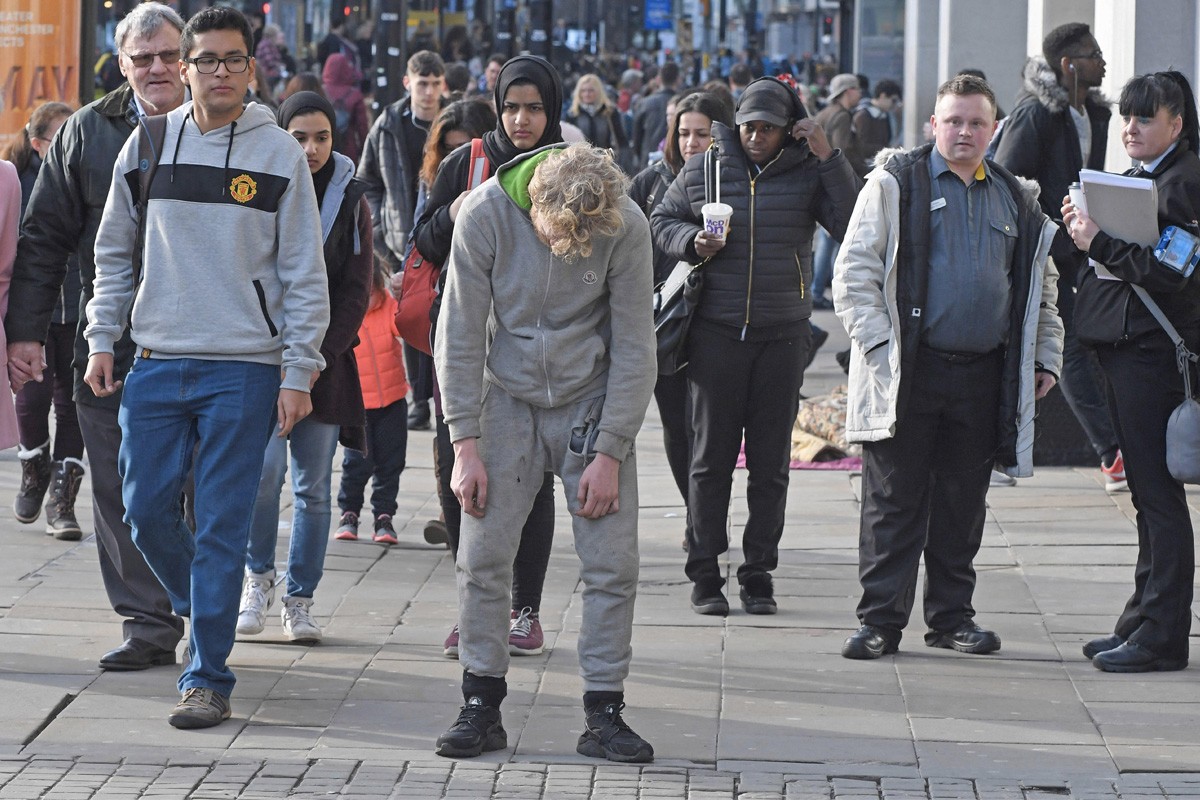 SPICE is the latest drug to ruin the lives of many to give gainz to the few, and it’s widely popular among the vulnerable and homeless populations across Britain and is even rife in Prisons, often cheaper to buy than tobacco.

One Homeless man in Manchester, where 90 to 95% of the homeless population are thought to smoke the drug, even said that spice is worse than heroin.

One man known as ‘Alex’ first tried spice in 2014, he thought it was cannabis. 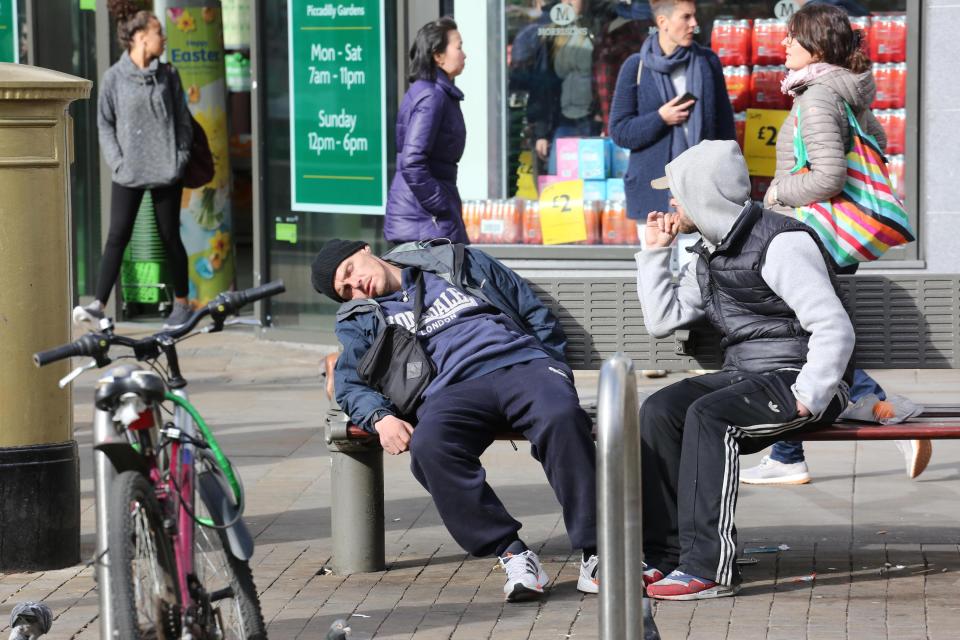 The 23-year-old told The Guardian in 2017, whilst Homeless in Manchester after his mum had lost her council house that “He was just looking to take his mind off his problems, but at lightning speed he became addicted, buying increasing quantities of the drug to feed his habit.”

At the peak of his addiction, he was spending around £200 a week on the drug. “It was horrible,” he said. “Every morning I was waking up being physically sick. I was worn out and tired. I couldn’t eat. I couldn’t drink. My bones kept on aching.”

The drug and the effects have caused a recent craze on Facebook, where users share videos of users, known as ‘Spice Heads.’

Spice is a mix of herbs and manmade chemicals with mind-altering effects. It is often called “synthetic marijuana” or “fake weed” but its effects are very different from marijuana, and frequently much stronger and because the chemicals used in Spice have a high potential for abuse and no medical benefit.

Parliament and the DEA in the United States have made many of the active chemicals most frequently found in Spice illegal.

However, the people who make these products try to avoid these laws by using different chemicals in their mixtures.

Spice is most often labelled “Not for Human Consumption” and disguised as incense.

Sellers of the drug try to lead people to believe they are “natural” and therefore harmless, but they are neither. In fact, their actual effects can be unpredictable and, in some cases, severe or cause death.

Most people smoke Spice by rolling it in papers (like with marijuana or handmade tobacco cigarettes); sometimes, it is mixed with marijuana. Some users also make it as a herbal tea for drinking. Others buy Spice products as liquids to vaporize them in e-cigarettes.

Some Spice users report extreme anxiety, feeling like someone is out to get them (paranoia), and seeing or hearing things that aren’t there (hallucinations).

They also sometimes report feeling relaxed and having only mild changes in perception.

Spice has only been around a few years, and research is only just beginning to measure how it affects the brain. What is known is that the chemicals found in Spice attach to the same nerve cell receptors as THC, the main mind-altering ingredient in marijuana.

Some of the chemicals in Spice, however, attach to those receptors more strongly than THC, which could lead to a much stronger and more unpredictable effect. Additionally, there are many chemicals that remain unidentified in products sold as Spice and it is therefore not clear how they may affect the user.

Recently, I was recently chatting to an Ex-Lover, (Real Snowflake) and he became offended that I was about to Post a video on Politicalite’s Facebook Page of a man being arrested after taking the drug.

He said his brother was once a ‘Spice Head’ and added that he had seen the ill effects of the drug first hand and he said he didn’t find that stuff funny, and then ghosted me – all because I laughed at a spice head.

After a week feeling like I was a horrible person, I couldn’t help but wonder, is it really wrong to laugh at a Spice Head?

Spice videos online act as a deterrent, they make the drug ‘uncool’ and make it an ‘un-socially accepted’ drug to take, unlike the drug that got its claws in me as a teenager.

Growing up I experimented with drugs and became addicted to Columbia’s greatest export – something that still haunts me to this day and I thought, maybe if I had seen a viral video of a Coke head, maybe I wouldn’t have had a dip of the sherbert as a teenager.

The reason I first tried Coke was that growing up; Cocaine was a socially acceptable drug. 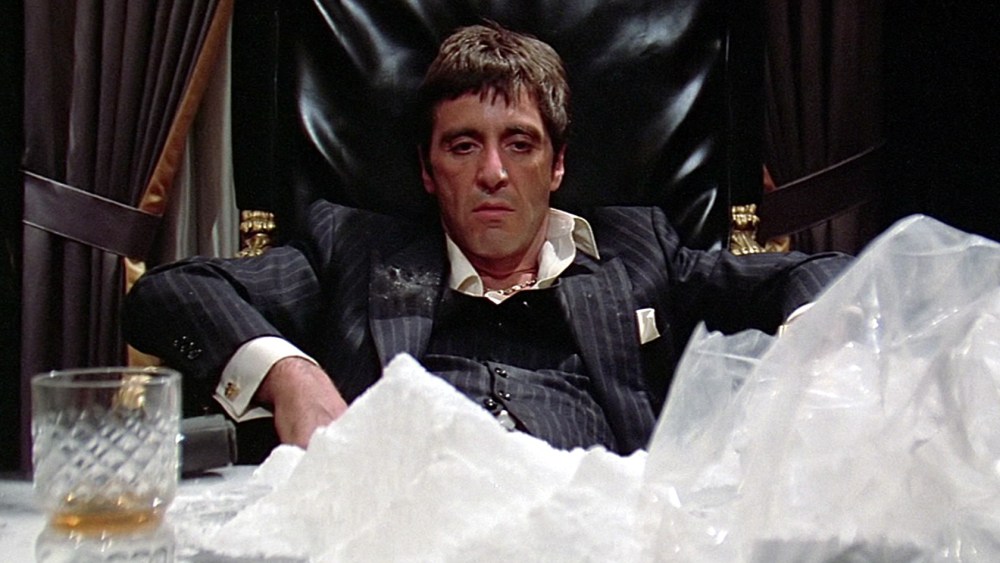 Cocaine nearly destroyed my own life and destroyed the lives of many close friends, Sadly, some did not live to tell the tale.

I know that many reading this will know someone who has either killed themselves or lost their lives thanks to the Mental effects of drugs and I was always told by Substance Abuse Experts that ‘Tough Love’ is often the best love for a drug addict.

Laughing at Spice Heads isn’t cruel, it makes the drug unattractive and un-cool unlike Coke that was in all the gangster films of the 1980s and 90s, and even appeared in video games such as Grand Theft Auto: Vice City and many more.

Coke will and has always been something associated with ‘The Rich and Famous.’ Have you ever seen a funny viral video that made Coke look bad?

Viral videos of Spice Heads on the streets of Britain act as a deterrent and make Spice unattractive, especially to the millions of kids and young people who use Facebook.

Why would anyone want to be associated with a drug were its users are laughed at on social media?

Yes, we need to deal with the drug and help its users, that involves fixing broken Britain and addressing the reasons as to why people use drugs… but viral videos that make the drug unattractive is great news, so spare me the tales of why we should be sympathetic to a Spice Heads in a viral video.