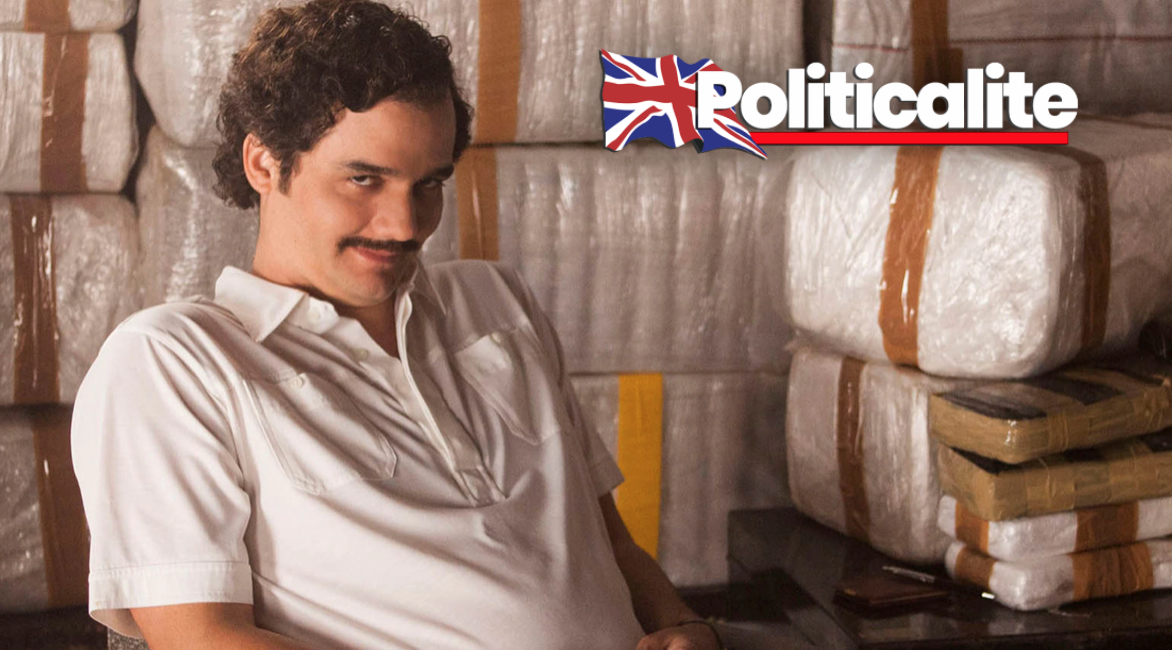 THE GLOBAL cocaine industry — which produces close to 2,000 metric tons a year and makes tens of billions of dollars — has adapted better than many other legitimate businesses amid the Corona crisis.

The industry has benefited from huge stores of drugs warehoused before the pandemic and its wide variety of smuggling methods.

Street prices around Europe have risen by up to 30 percent, but it is not clear how much of this is due to distribution problems, and how much to drug gangs taking advantage of homebound customers.

What is clear is that cocaine continues to flow from South America to Europe and North America. Closed trafficking routes have been replaced with new ones, and street deals have been substituted with door-to-door deliveries.

In Colombia, the world’s largest producer of cocaine, lockdowns and government eradication efforts have curbed some production, while travel restrictions have shut down some significant export routes, such as speedboats. In destination markets in Europe and the United States, authorities are still seizing large hauls with remarkable frequency — a sign that drug smugglers are still doing a brisk trade.

For over a month, OCCRP reporters in Europe and Latin America tracked announcements of seizures and spoke to law enforcement officials, analysts and sources within the cocaine trade.

They found an industry that has proved nimble at finding ways around the unprecedented global lockdown and quarantine measures. The cocaine trade is thriving in a world where even mainstays like oil are facing major disruptions.

As many countries begin partially reopening their economies, traffickers may now be in a position to become more powerful than ever. With economies in distress and many businesses facing ruin, cash-rich narcos may be able to cheaply buy their way into an even bigger share of the legitimate economy.

The pandemic initially affected production in the South American countries where coca leaves are grown and processed into cocaine. But that downturn in output never curtailed the trade, because most drug gangs have large amounts of stored drugs on hand.

In Peru, where roughly 20 percent of the world’s cocaine is produced, public health lockdowns imposed by local communities brought coca growing and paste production to a standstill, according to Pedro Yaranga, a Peruvian security analyst.

“What in nearly four years the drug control agency could not do, the coronavirus did in a few weeks,” he said.

In Bolivia, which produces about one tenth of the world’s coca, the picture is reversed, according to the United Nations Office on Drugs and Crime (UNODC).

In that country, “COVID-19 is limiting the ability of state authorities to control coca bush cultivation, which could lead to an increase in coca production,” the UNODC said in a May 7 report.

In Colombia, where 70 percent of the world’s cocaine is produced, the picture is more mixed. Anti-narcotics police eradicated over 1,969 hectares of coca plantations in the three weeks after lockdowns came into nationwide effect on March 25, the country’s anti-narcotics police told OCCRP.

“The perception of the population is that [the government] is taking advantage of the quarantine and people being stuck in their homes to eradicate” coca, said Jorge Elías Ricardo Rada, the head of a union that represents small farmers’ interests in the region of Cordoba. “They take away what little the people have.”

In Catatumbo, a region near the Venezuelan border, “the business is practically paralyzed,” said Giovanny Mejía Cantor, an independent journalist based in Ocaña, the region’s main city. Normally, the area produces enough coca in a year to make 84 tons of pure cocaine, but this has slowed to a trickle.

“Communities have gone onto the road and set up blockades to prevent people from entering their village out of fear of coronavirus,” said Mejía, adding that this has hindered the movement of raw materials needed in production, including coca leaves and chemicals.

The country’s biggest exporting cartel, however, does not appear to have suffered. Members of Colombia’s Gulf Clan said they had been able to fall back on stockpiles built up before the pandemic, as well as coca leaves from smaller farms that are still functioning and don’t require a big workforce.

The Gulf Clan stronghold lies in Urabá, in Colombia’s northwest, a strategic region with coca plantations, laboratories, and export ports. The group typically has roughly 40 to 45 tons of processed cocaine stored in that area, roughly two months’ worth of exports, according to a Gulf Clan member, who asked to be identified as “Raúl.” He declined to be named because doing so would put him in legal and physical danger.

“There has always been a stock, it’s a very organized chain. It’s the way to control everything, especially the price. The stocks are on beaches such as Tarena [near the border with Panama], banana plantations, in the jungle. The stashes are everywhere,” said Raúl.

A Colombian navy intelligence report from April obtained by OCCRP also concluded that cartels were likely exporting cocaine that had been warehoused before the COVID-19 crisis.

The Colombian navy also found that cocaine producers have easily adapted to challenges in moving their product. The United States, up north, is their largest single customer.

Traditionally, smugglers have used small, very fast speedboats, as well as fishing vessels and submarines, to ply their northern route. Lockdowns have made these methods harder to use, mainly for logistical reasons. So instead, smugglers are turning back to older, slower routes that are often broken up in parts.

Based on several sources in northern Colombia, including Raúl and a coca grower, OCCRP was able to roughly trace six new or revived routes believed to be currently used by traffickers. These include routes into Panama through indigenous areas.

Members of the Kuna indigenous people are bringing drugs overland, making small boat runs up coastal waters. In the Darien Gap, a thick, mountainous jungle on the frontier of Colombia and Panama, cocaine is being hauled by caravans of up to two dozen backpack-toting porters.