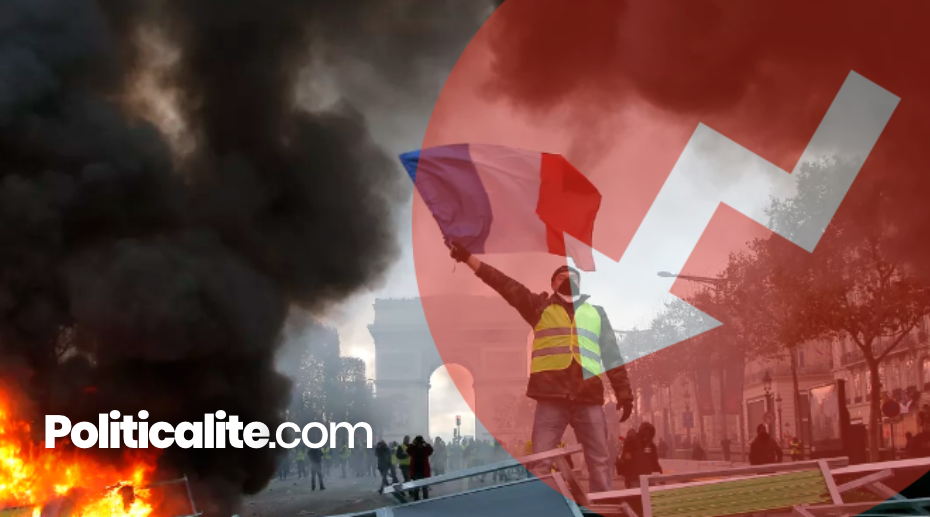 BuzzFeed News claimed: “The Yellow Jackets movement is what happens when you point Facebook’s traffic hose at France’s small towns.”

Then, like an Egyptian Dictator about to topple, they asked: “How do you turn it off?” 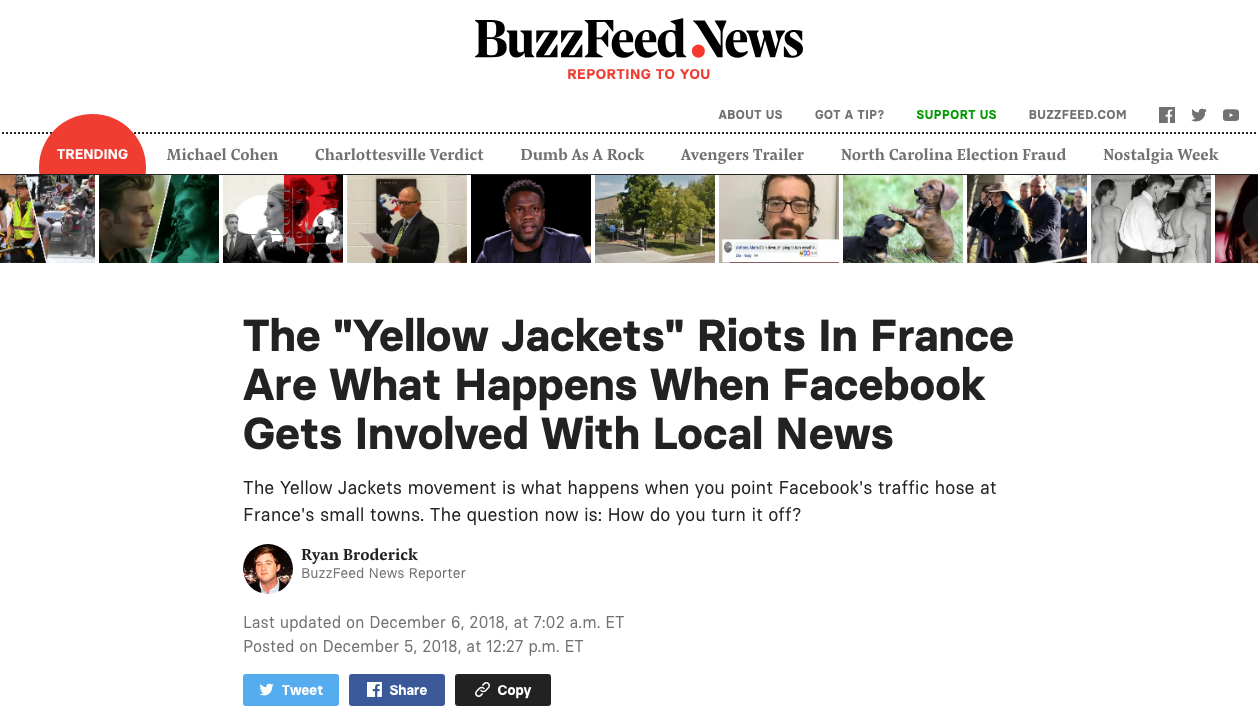 They claimed: “What’s happening right now in France isn’t happening in a vacuum. The Yellow Jackets movement — named for the protesters’ brightly coloured safety vests — is a beast born almost entirely from Facebook.”

“And it’s only getting more popular.” OH NO! the little people are rising up! TURN OFF FACEBOOK!

They added: “Due to the way algorithm changes made earlier this year interacted with the fierce devotion in France to local and regional identity, the country is now facing some of the worst riots in many years.”

BuzzFeed just can’t accept that the people of France have had enough of their elitist leaders, who repeatedly fail them.

The ‘fuel tax’ was the straw that broke the camels back.

One French-native told Politicalite a few weeks ago: “The Yellow vests have been mandatory in any vehicle in France, to avoid accidents in case of a breakdown. Everyone has one at least in their car. They are using the vests as a symbol of revolt.”

Or,
It could’ve been from out of touch elites imposing their vision on it’s own citizens without thinking of the massive repercussions.
But let’s just assume folks are too stupid not to see when a policy affects them and have to rely on what insta-sources are telling them.

The idea that people were just sitting at home paying taxes with no angst until they read a Facebook post is ludicrous. Let me see if I can think of an event in world history where taxes caused a revolt before Facebook was around.

“Here’s what happens when websites like Buzzfeed try to do news and analysis”.

Maybe BuzzFeed News needs to speak to the French protesters, rather than blame Facebook.