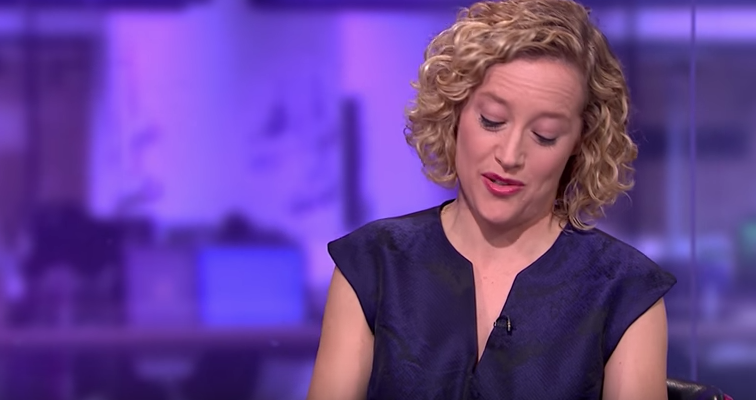 CHANNEL 4 NEWS’ has been caught lying about the extent of the abuse Cathy Newman received after she was trounced in a debate with Professor Jordan B. Peterson.

The left-wing news anchor claimed to be the “victim” of a violent online campaign from right-wing trolls after Professor Jordan B. Peterson crushed her attempt to scorn him for being “offensive” to Trans people.

A recent study of tweets has proven that it was, in fact, Professor Peterson who received more violent threats as a result of the controversy.

Newman played the victim and Channel 4 announced it had hired security in response to a “torrent of vicious comments and misogynistic threats” aimed at Newman.

“Such is the scale of threat we are having to get security specialists in to carry out an analysis, I will not hesitate to get the police involved if necessary. What a terrible indictment of the times we live in.” said Channel 4 News editor Ben de Pear.

According to data, just two tweets that could be construed at violent were aimed at Newman, while eight violent tweets were aimed at Peterson and his supporters.

The study was conducted by searching for tweets which included words like “kill,” “die,” “murder,” “hit,” “smack” and “rape”. While the analysis clearly isn’t comprehensive, it strongly suggests that Peterson received more violent threats than Newman, demolishing her whole victim narrative.

The most retweeted and liked tweet came from feminist Kate Bevan, whose account is verified by Twitter. She expressed her surprise that Newman didn’t “punch” Peterson, and then tweeted, “I would have punched him”.

Peterson responded in a video posted earlier today, and said that there was “no evidence of a widespread violent hate campaign targeting Newman” and that this appeared to be a contrived excuse to distract from the fact that she got defeated in the debate.

The failing news programme that stopped being relevant around 10 years ago, said that the video with over 130k views contained content from Chanel 4 News and had to be removed.

But the clever buggers over at Four forgot about “fair use” in news reporting.

We did, however, credit the video with its original producer… ITN.