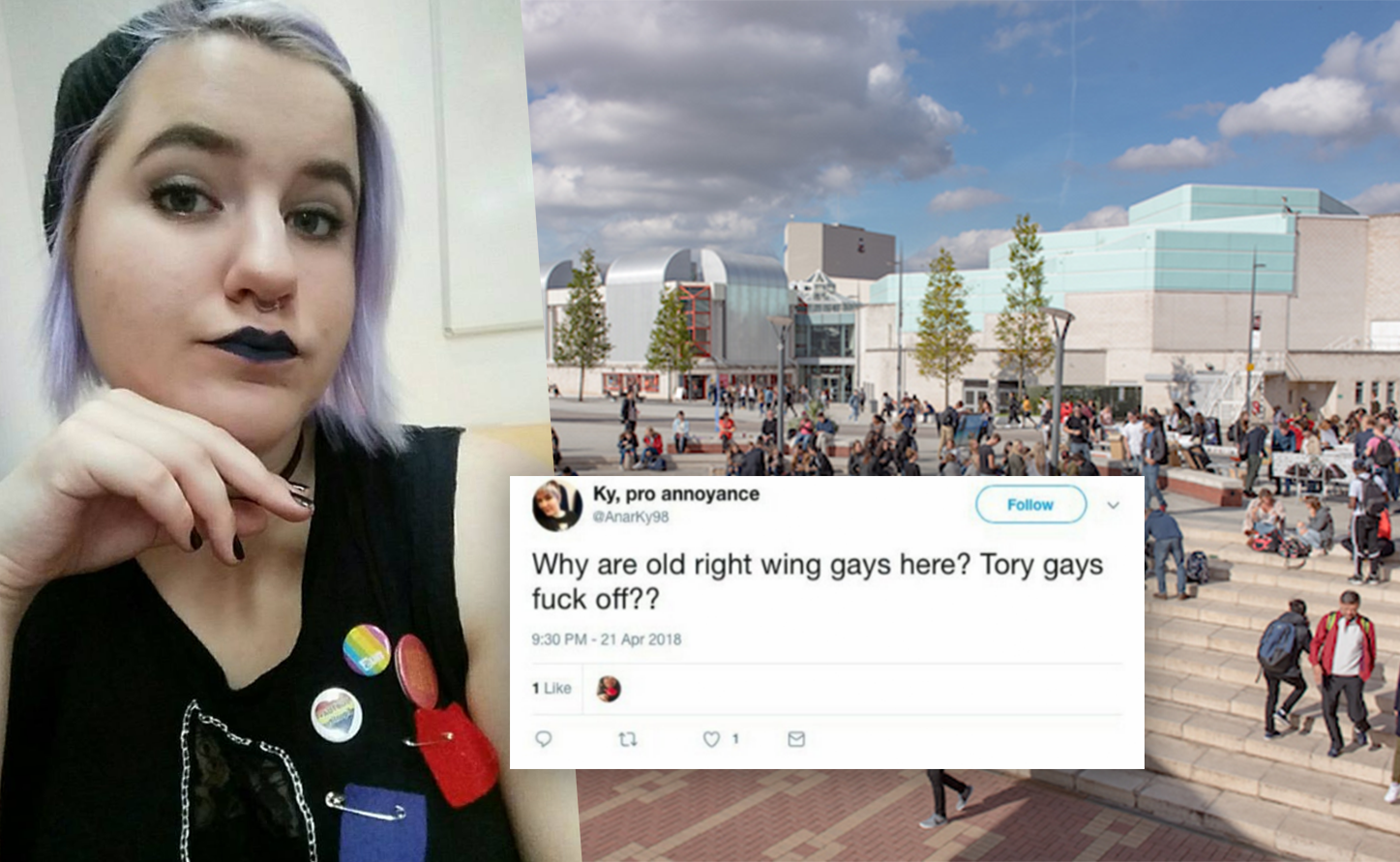 Ky Andrea tweeted: “Tory gays fuck off,” and “Tory gays go home,” and said “Why are old right wing gays here?” despite their position at the top of Warwick Pride, an organisation committed to providing a safe, supportive and friendly atmosphere for LGBT people.

The social justice warrior described herself on her Facebook profile as ‘tenderqueer’ (We have no clue either) and likes the pronoun ‘they/them’ she also says she is a ‘Full-Time Nuisance’ and an Acclaimed Fuck-Up’ adding that she likes “protests and pretty people.”

Twitter user Peter Ward tweeted screenshots of Ky’s tweets, saying: “This is the president of Pride in Warwick. Someone that organises an event that is about tolerance, equality and respect,” adding, “is this what you are promoting?” 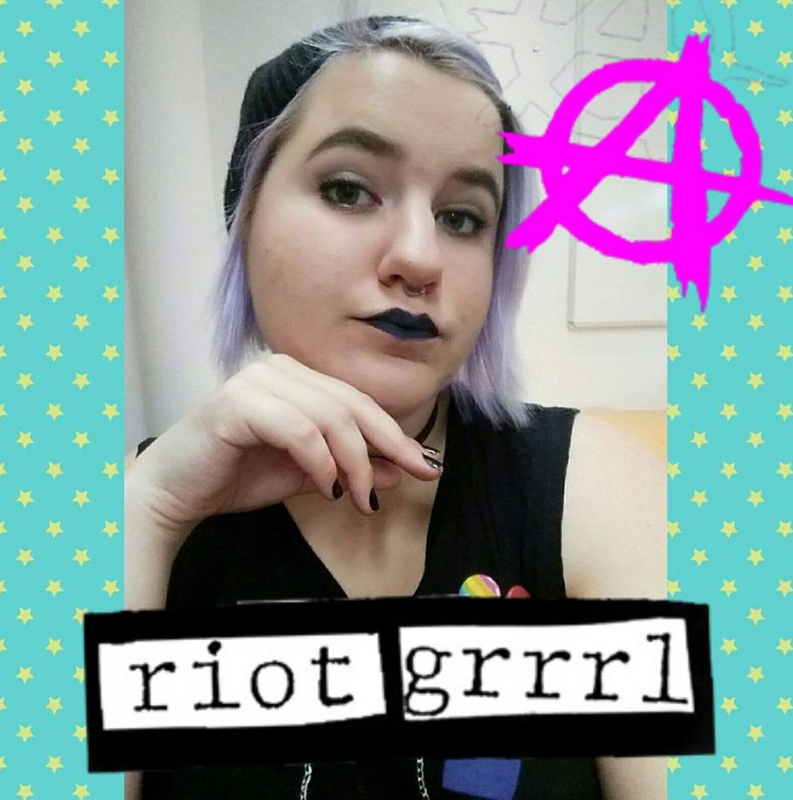 Ward also said: “As a gay Conservative voter I find it incredibly disappointing to see Labour Party members and activists judging people based on their sexuality. What happened isn’t a one off, as a gay Tory it’s become habitual”.

The University of Warwick Conservative Association (UWCA) told The Tab: “We condemn the comments that the individuals have made, and LGBT+ members of our society are hurt and outraged by the comments seen.

“Universities are great places where students should feel confident to be and act how they wish, and these comments by certain individuals contradict this.”

In a statement on her Facebook page, Andrea said: “I don’t like Tories and I don’t consider gay Tories to have anything in common with me or the movements I care for- by which I mean Queer liberation.”

She attacked the media and said: “The right’s ability to spew hate without repercussion is defended endlessly within trash media such as The Tab, but marginal lefties can’t… say they don’t like gay Tories without being picked apart and subject to harassment from said trash media or random trolls on Twitter (and yes, when they deadname and misgender it is definitely more than just disagreeing).”

ULTIMATE DUMB LEFTIE: Lily Allen reveals she has NO SPACE for migrants in her £2m Notting Hill flat