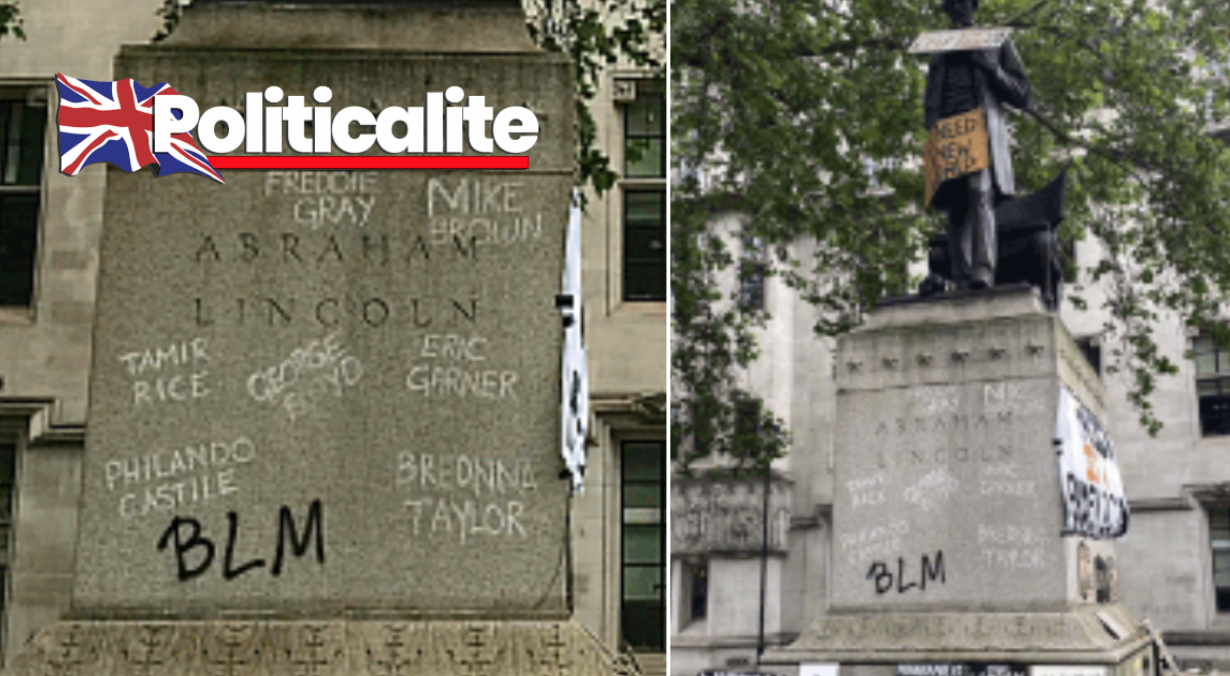 BRITISH Black Lives Matter protesters revealed their dumbness last night, after defacing and vandalising a statue of a former U.S. President who abolished slavery, and took a bullet for it.

President Abraham Lincoln abolished slavery in America in 1863 in his Emancipation Proclamation that freed black slaves during the American Civil War.

Lincoln was assassinated at a theatre that many historians believe was a direct response to restore the unrecognised ‘confederate’ republic in the south.

The protesters also de-faced a British icon in Westminster – the statue of Winston Churchill who helped defeat fascism and Nazi Germany along with America.

Protesters attacked Met Police officers and even threw a Bike at a Police horses in a shocking display of animal abuse.

Police took a tougher line on the protesters following chaos earlier in the week in which BLM protesters attacked Downing Street and punched a Police officer.