EU AND WHO'S ARMY: In 2016, The Guardian called plans for an EU army "nothing more than a fantasy"
Advertisement 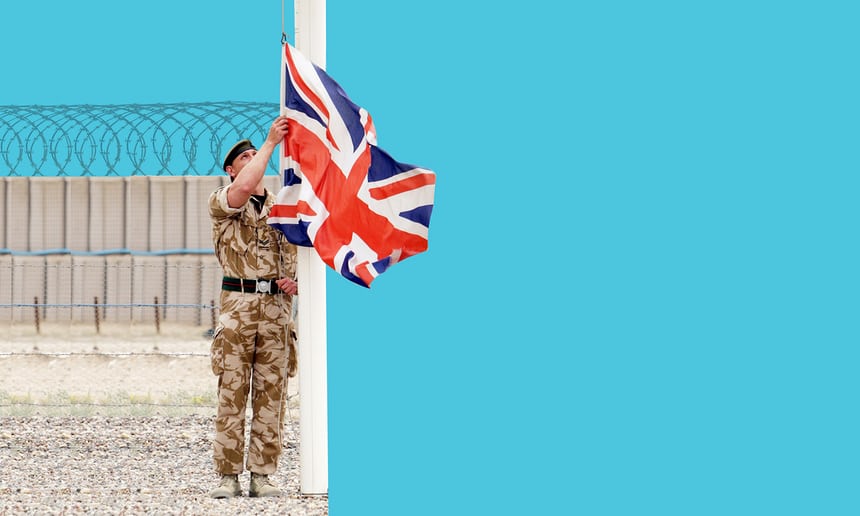 TWENTY European Union countries today signed a pledge to co-operate closely on defence but the UK government isn’t involved in the defence pledge according to The UK Defence Journal.

“We’ve never come this far before,” a senior European Union official told Reuters, he said of EU defence integration efforts that date back to a failed bid in the 1950s. “We are in a new situation.”

Aside from Denmark, which has opted out of all EU defence, only Austria, Poland, Ireland and Malta have yet to decide whether to join the pact. The UK Government, however, have signalled that it wants a close security relationship with the EU after Brexit.

Brexit voters won’t be surprised by this news, in fact, we’ve known the EU planned this all along – and now, its a reality.

Previous efforts to strengthen links have been unsuccessful for decades due to Britain’s opposition to a combined European military. Vote Leave claimed the EU was planning a secret-EU army and The Times reported on this during The Referendum. 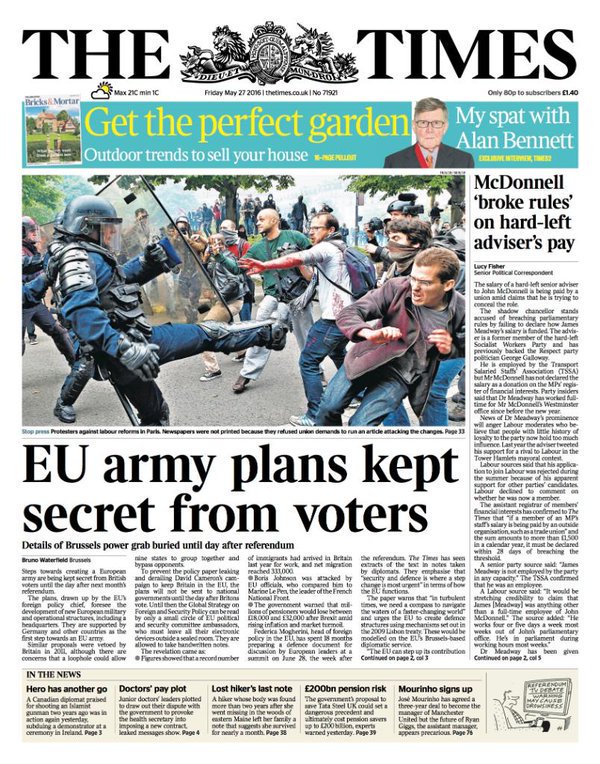 Back in 2016, during the EU Referendum, The Guardian claimed that “Claims from the Leave side about moves to unify Europe’s armed forces are nothing more than fantasy” 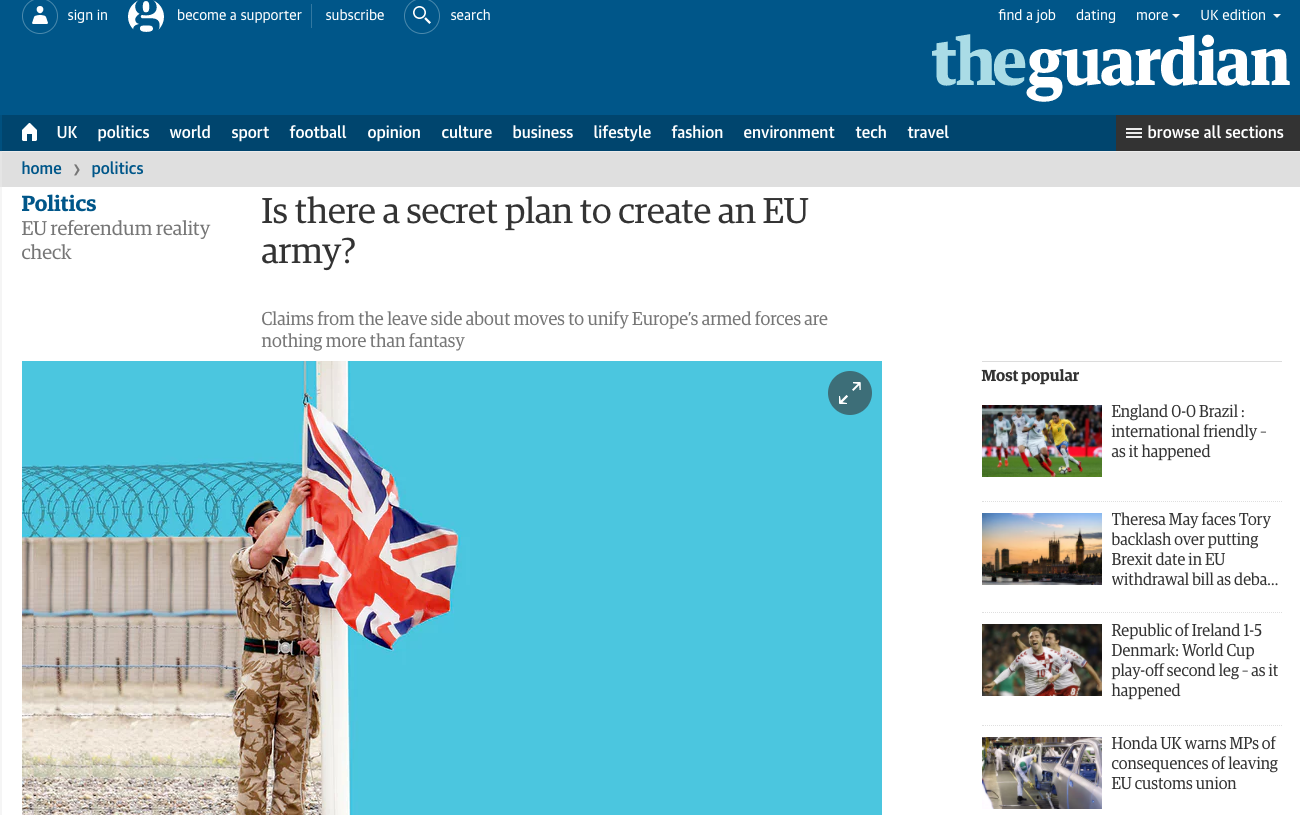 “EU army plans kept secret from voters,” was the front-page story in Friday’s Times. If the claim sounded familiar, that was because just two days earlier a retired British army commander, Major General Tim Ross, had claimed in the Daily Express that the EU was “moving inexorably towards full political union and all that comes with it”, including “unified armed forces”. The Guardian added.

Well, it seems today, The Guardian eats its own words.

Just like Trumpets over in the states, Brexiteers know they can’t trust the Liberal leftist mainstream media – because they repeatedly lie to further their political agenda.