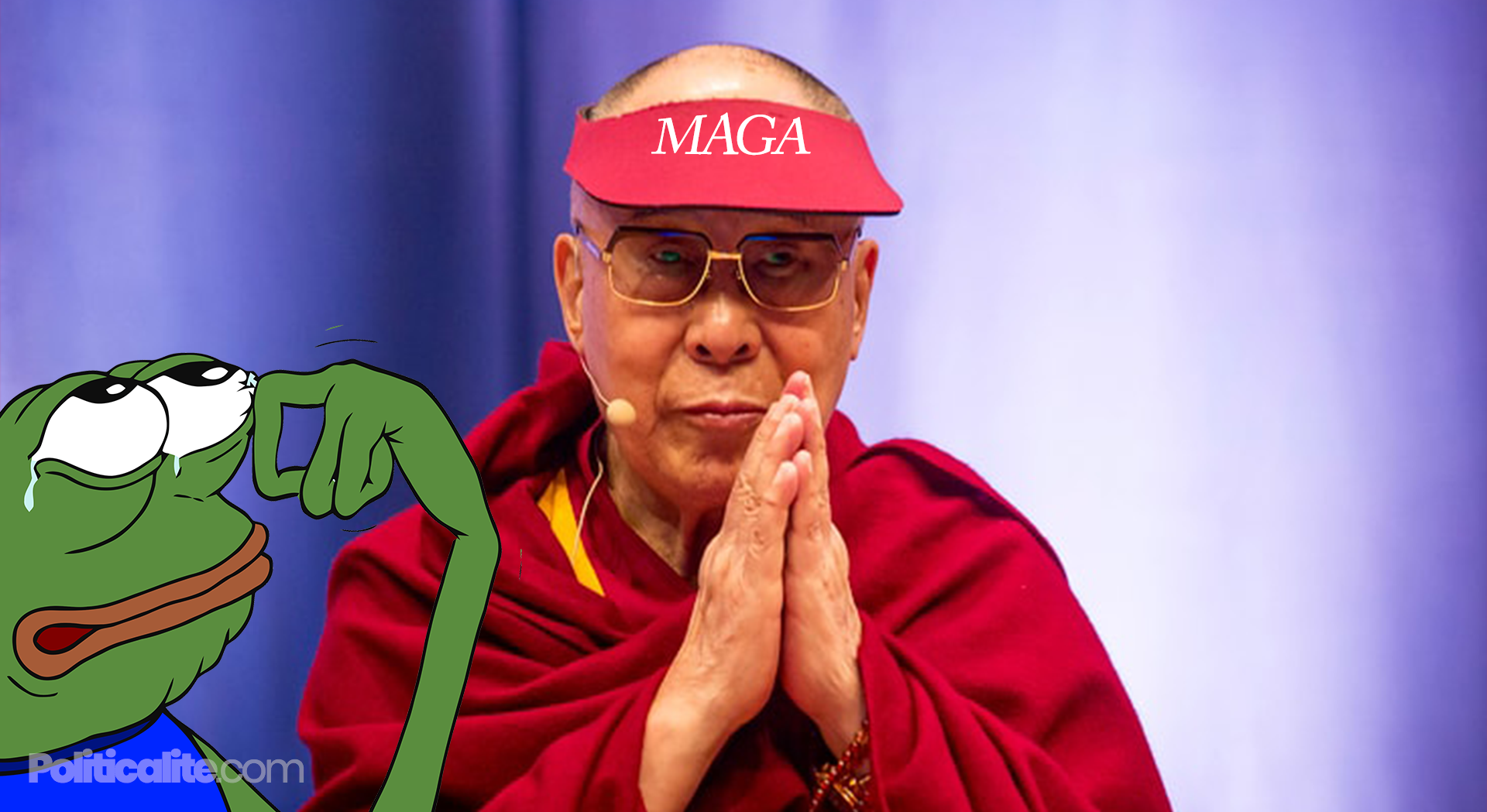 RADICAL Extremist Leftists have branded the Dalai Lama a ‘Neo-Nazi’ after he proclaimed that “Europe belongs to the Europeans”.

The Tibetan Buddhist spiritual leader said that refugees should return to their native countries and assist with developing them.

“Receive them, help them, educate them … but ultimately they should develop their own country,” the 83-year-old spiritual leader said. “I think Europe belongs to the Europeans.”

CJ Werleman a journalist for the Middle East Eye and The New Arab said the Dalai Lama was “parroting neo-Nazi talking points.” on Twitter. 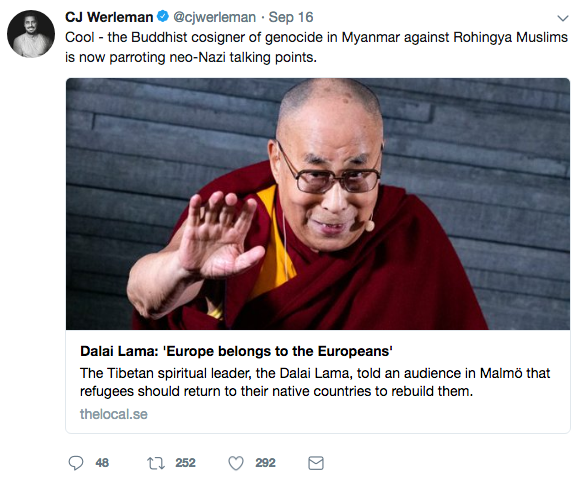 Werleman describes himself as an ‘Independent crowdfunded investigative journalist’ and says he ‘seeks’ to expose and end Western injustices against Muslims – but attacked the spiritual leader of another religion.

He was speaking in the aftermath of a divisive election in Sweden in which right-wing party, the Swedish Democrats, made huge electoral gains.

He was slammed by the globalist elite with Andrea G. Cammarata adding: “AFP has inappropriately contextualized Daila Lama speech with the far right Sweden Democrats recent surge. This is pure oxygen to far right. ” 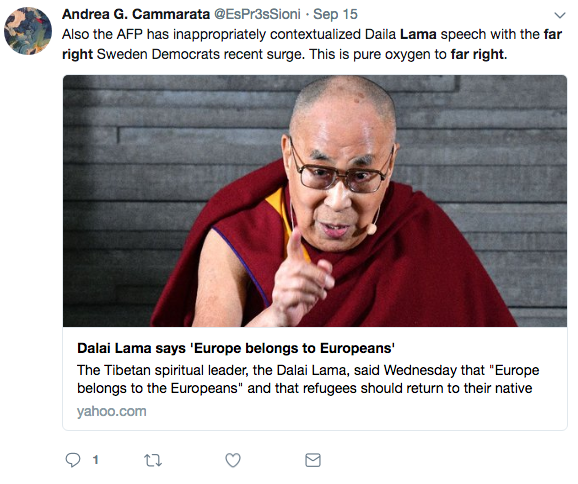 The Independent ‘newspaper’ implied he was a “bigot of the first order” and a “hypocrite” using comments from Twitter.

The Dalai Lama also said that Europe was “morally responsible” for helping “a refugee really facing danger against their life”.