The Guardian has a problem with British people having jobs
Advertisement 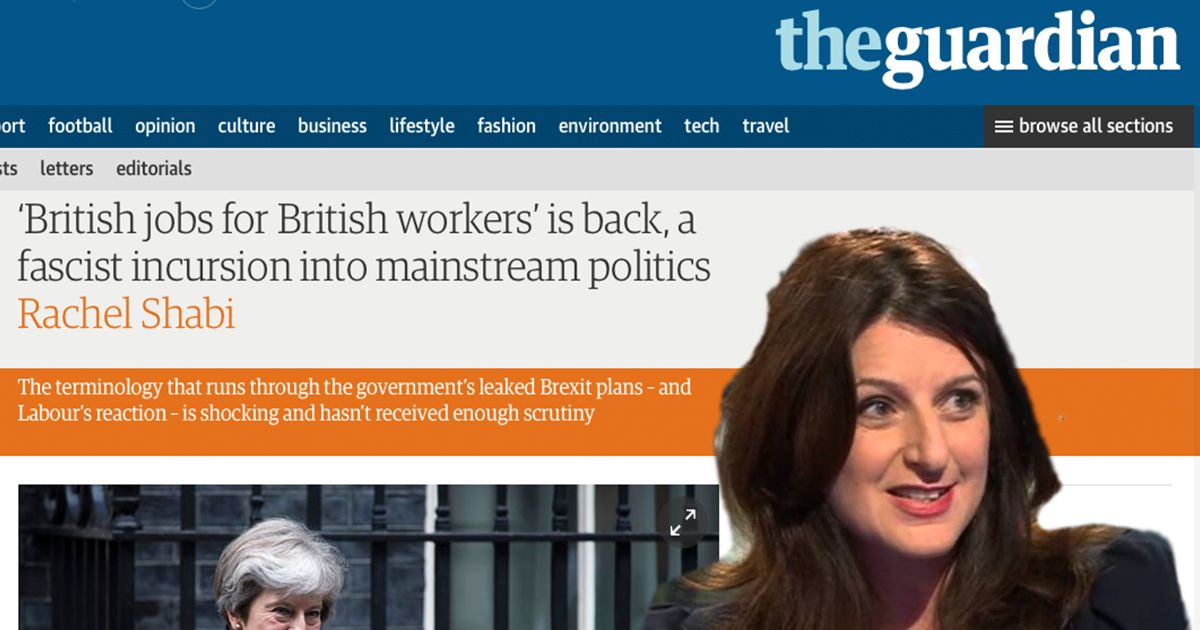 BRITAIN’S lowest selling newspaper has a problem with British people having jobs. Yes, you read that right.

In a recent article, the failing Guardian printed these words “Thanks to leaked proposals we now know that the guiding principle of the Government’s post-Brexit immigration plan is to put British workers first.”

Right, OK? What’s the problem with that? …The article, penned by freelancer Rachel Shabi, attacked the governments plans to put British people first, She added:

“Post-referendum, our discussions over immigration are often wrapped in verbal cotton wool, for fear of upsetting anyone by suggesting that we have veered into ethno-nationalism [I know, I’m perplexed at this new way to be offended too] and racism –  apparently a greater misdeed than any actual racism. So it is that the shocking terminology running through this government’s leaked plans has not met with enough scrutiny. Instead, we’ve had news programmes asking representatives of job sectors from care to hospitality why they aren’t already employing British workers ”

What Rachel Shabi fails to realise, is that she’s part of the problem – Rachel claims to a voice for the underdogs and ill-treated in society, but if that was the case, Rachel would venture from her privileged pew in North London and visit the North.

Instead of cosying up to the Champagne socialist that is Jeremy Corbyn, Rachel would come up to towns like Bolton, Bradford and Burnley and see the effects of mass-European immigration for herself instead of spouting rubbish. 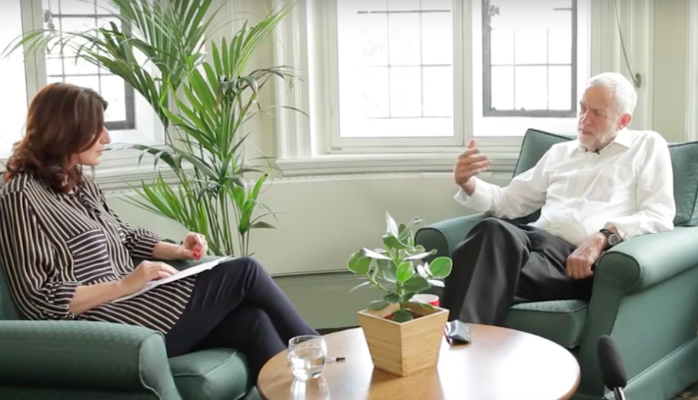 Rachel clearly see’s the world from the perspective of a history book instead of reality, (she studied Politics and Literature at Edinburgh University) She claims to be a journalist but doesn’t delve into the real reasons why millions of people like me want British Jobs for British Workers.

She wouldn’t know anything about the struggles of young males up in the North trying to better themselves, trying to find decent paying jobs and trying to rent a house with ever growing costs thanks to mass unfiltered immigration.

Rachel seems to think that wanting jobs for British people is somehow ‘Fascism and Racism’.

If being those things means wanting jobs for the underclass who have been ignored by both consecutive Labour and Conservative governments, then call me a bloody Racist! …and that’s from someone who identifies as an ethnic minority.

In this article:brexit, featured, immigration, Jobs, media, The Guardian