NOT A GOOD LOOK! Dumb Lefties Are Crying About 'Blackface' of Criminal Lookie Lookie Men
Advertisement 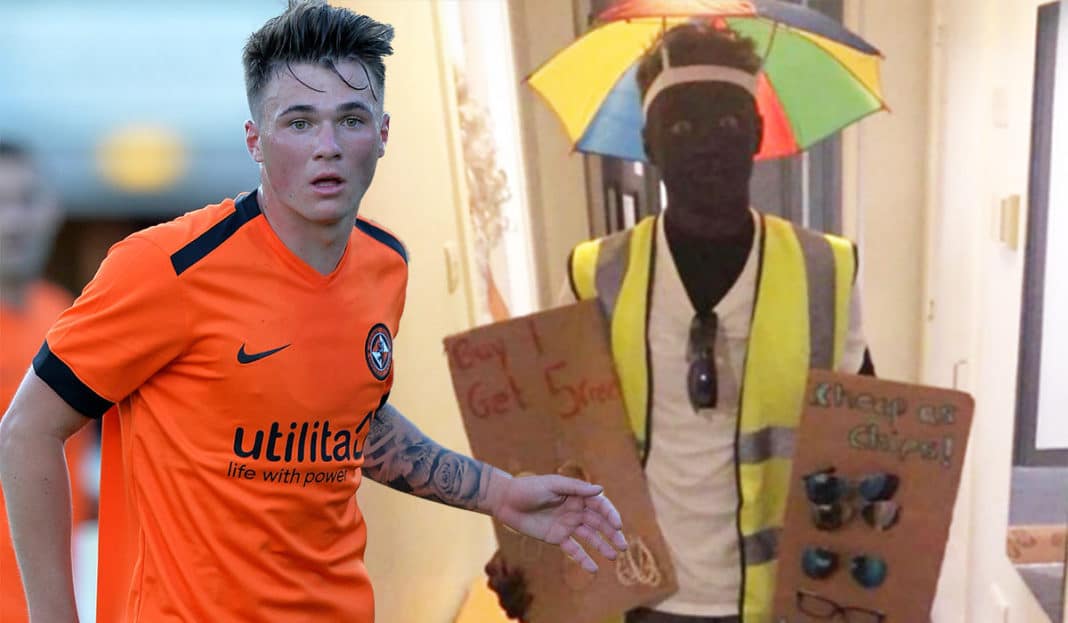 DUMB Lefties are using up the last bits of remaining outrage serum they have left for 2018, by crying about a Scots football player going to a party dressed as one of Spain’s infamous ‘Lookie Lookie’ men.

Lookie Lookie men, the ‘well respected’ members of ‘Spanish High Society’ have plagued Spain for years, they cause tourists serious aggravation on the beachfront, they’re worse than those annoying skint students who try to sell you pet insurance outside Superdrug on the British high street.

These migrants from the criminal underworld try to force tourists to buy fake watches, handbags and fake raybans “Buy 2 get Sixteen free” they say, after shooting ‘Lookie Lookie’ – the left seems to want to protect these ‘wonderful figures’ of Spanish society from ridicule, after all – they have such a track record, and are the ‘go-to’ guys to ‘open the door’ and find you untested and unregulated use of the local Spanish drug market. 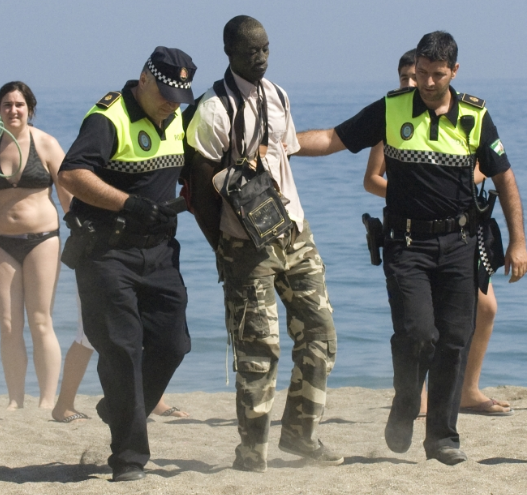 One tourist from Marbella said: “The “Lookie Lookie” men, mainly from the Senegal are notorious for selling fake goods on the coast’s beaches and boardwalks.”

From Gucci bags to fake Rolex watches to the latest cinema blockbuster these “street Vendors” have for many years been the scourge of the coast.”

“They arrive at your beach bar table at the rate of one every 5 minutes.”

The lad, 20 has been punished by the PC mad Scottish Championship club in accordance with their disciplinary procedures, which it is understood did not extend to sacking Robson reported The Guardian.

The club pushed out the usual PC jargon: “Dundee United is also fully committed to promoting equality and valuing diversity. The player’s actions were potentially offensive and with, the club’s support, he will undertake some diversity and inclusion training.”

Robson’s outfit included an umbrella hat, black leggings and a hi-vis vest. He also carried cardboard signs advertising sun glasses and bracelets with the slogans “Buy 1 get 5 free” and “Cheap as chips!”.

The annoying do-gooder’s charity (that actually increases Racism by banging on about non-existent race problems) “Show Racism the Red Card”condemned the player’s actions.

“The practice of blackface has always had the potential to offend but in the past there was no societal voice for those who would have found it offensive,” said a spokesman. “Show Racism the Red Card would argue that these practices caricature and portray or glamorise differences which could lead to discrimination.”

For goodness sake! can we just let people have a laugh and let young lads express their comic genius via fancy dress? 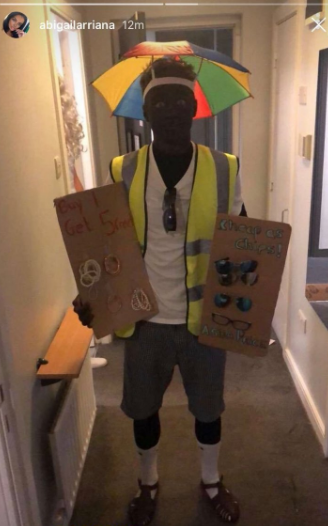 This country is PC mad! 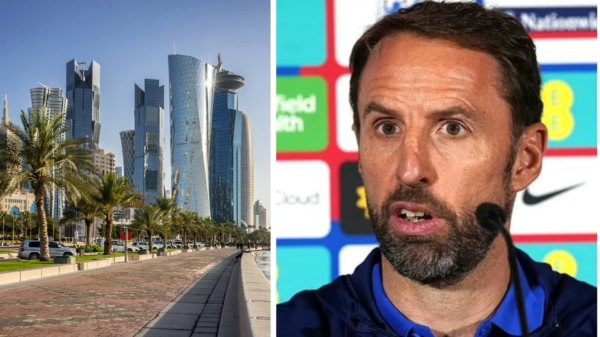 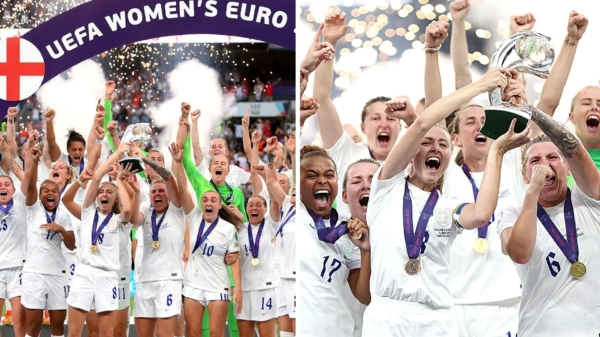 ENGLAND have won Euro 2022 in front of the Duke of Cambridge and a 90,000-strong crowd at Wembley Stadium. The Lionesses beat Germany 2-1...