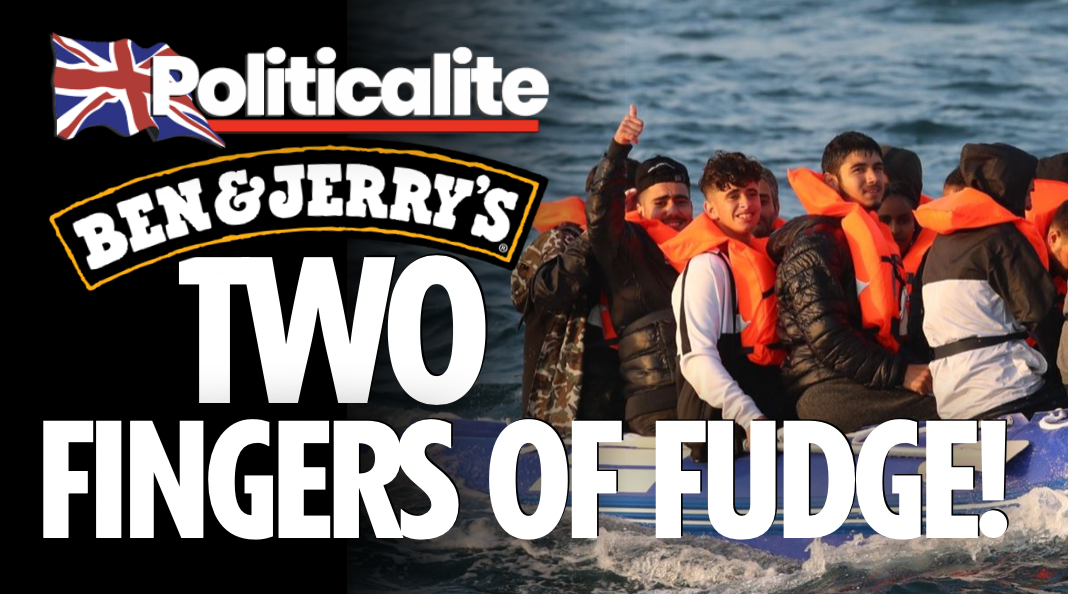 AMERICAN Ice Cream giant Ben & Jerry’s faced the wrath of the silent majority in Britain after going on the attack over the Home Secretaries tough crack-down on illegal migrants entering the UK via boat in Dover.

Over the past few weeks alone over 4,000 illegal migrants have entered Britain via Dover – and they’re being escorted by police escort to four star hotels across the south of England, all at the expense of the British taxpayer. 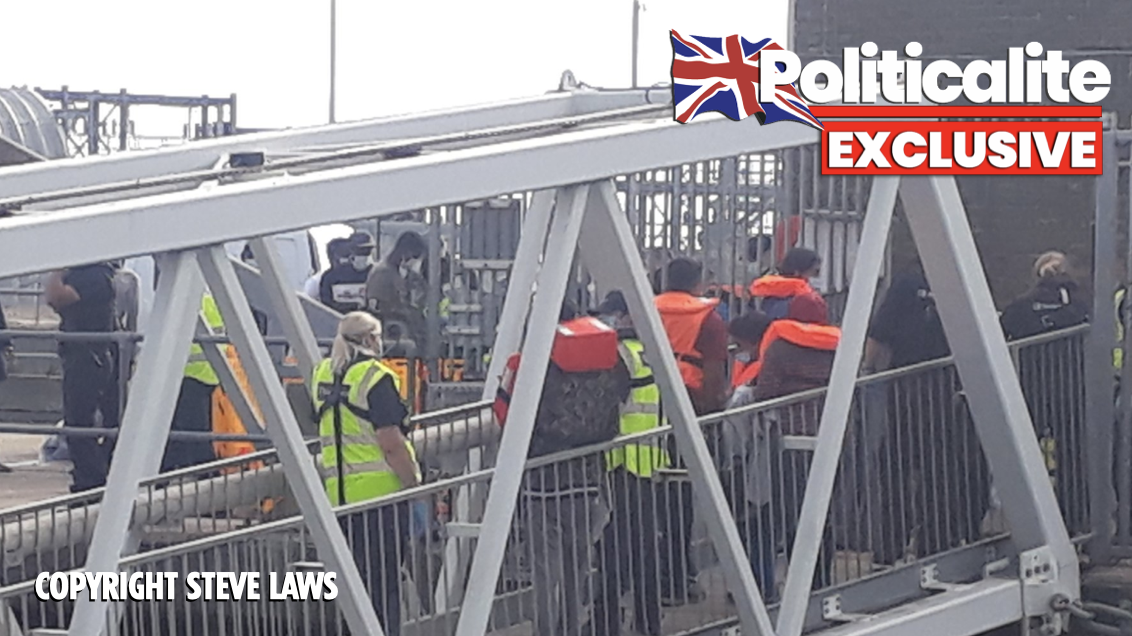 However – the liberal American Ice Cream company Ben & Jerry’s thinks that the British taxpayer should foot the bill for these economic migrants coming to Britain to claim benefits and leech off the state.

The Ice Cream company tweeted on Tuesday: “Hey @PritiPatel we think the real crisis is our lack of humanity for people fleeing war, climate change and torture. We pulled together a thread for you..”

Hey @PritiPatel we think the real crisis is our lack of humanity for people fleeing war, climate change and torture. We pulled together a thread for you..

“‘Stronger’ borders aren’t the answer and only puts more lives at risk. Check out this video for more information:”

“We know experts at organisations like @RefugeeAction want to talk solutions with Ministers, so why not have these conversations?”

“Let’s remember we’re all human and have the same rights to life regardless of the country we happen to have been born in.”

“and once more for the back: PEOPLE CANNOT BE ILLEGAL.”

and once more for the back: PEOPLE CANNOT BE ILLEGAL.

The firm was hit with a massive backlash online,.

One user wrote: “The war, climate change and torture of France? What on earth are you babbling about??”

Terry Mathews hit back: “As an ice cream firm gate-crashing its way into politics, Ben & Jerry’s is leaving a sour taste in the mouths of the majority of Brits who don’t want welfare, schooling, health care and housing taken over by hundreds of thousands of males who enter our country illegally for life.” 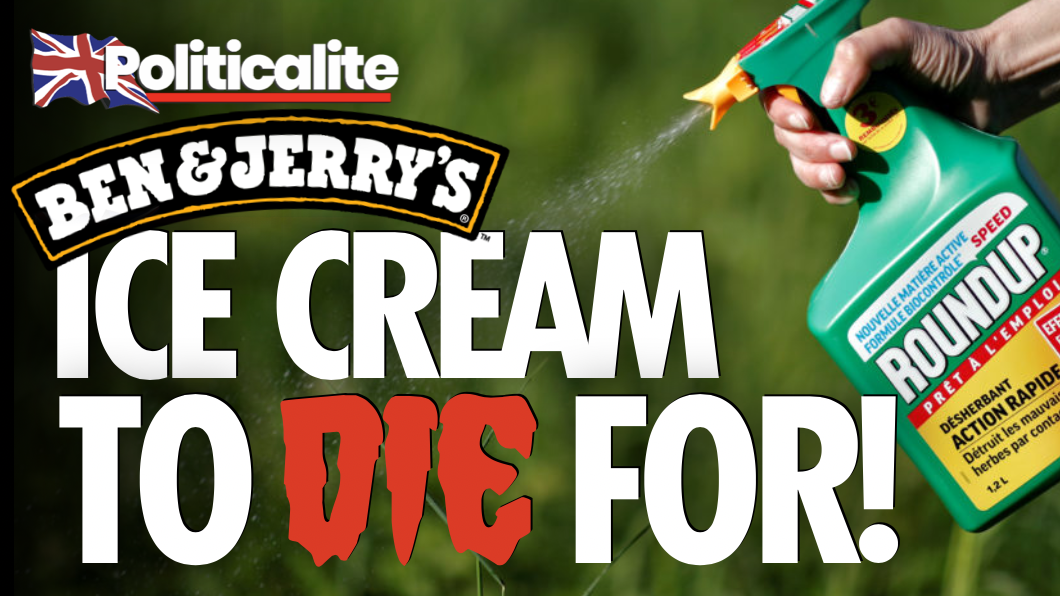 According to a report in 2017, ice cream sold under the Ben & Jerry’s brand contained traces of the weedkiller glyphosate, better known as ‘RoundUp’ tests revealed. The chemical was used on food crops, particularly in GM farming, around the world.

The poison was found in Ben & Jerry’s flavours such as Half Baked cookie dough. Peanut Butter, and Chocolate Fudge Brownie. – but it was given the all clear by EU watchdogs. 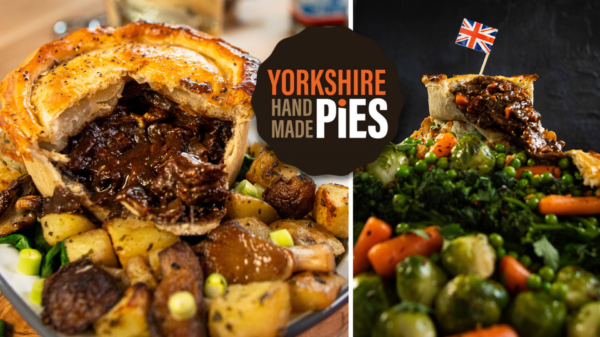 AS a Brit, you probably understand just how vital pies are to life, from the works of Charles Dickens to modern-day Britain – pies... 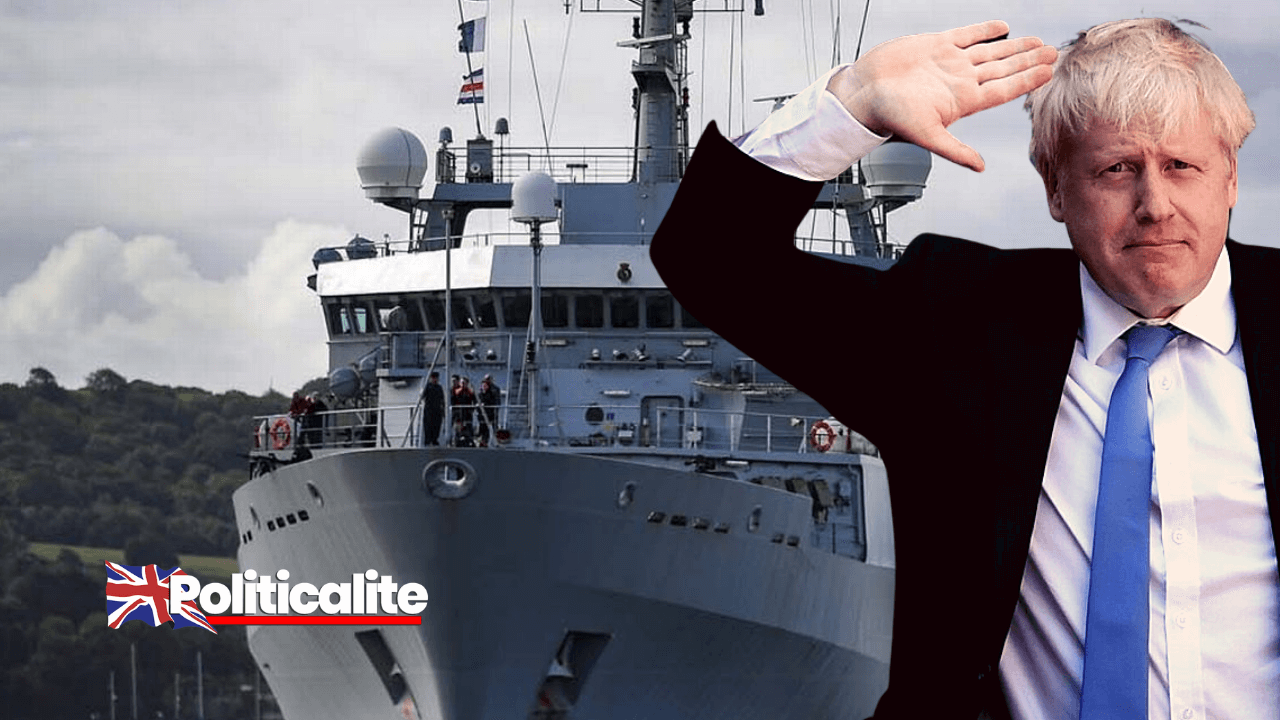