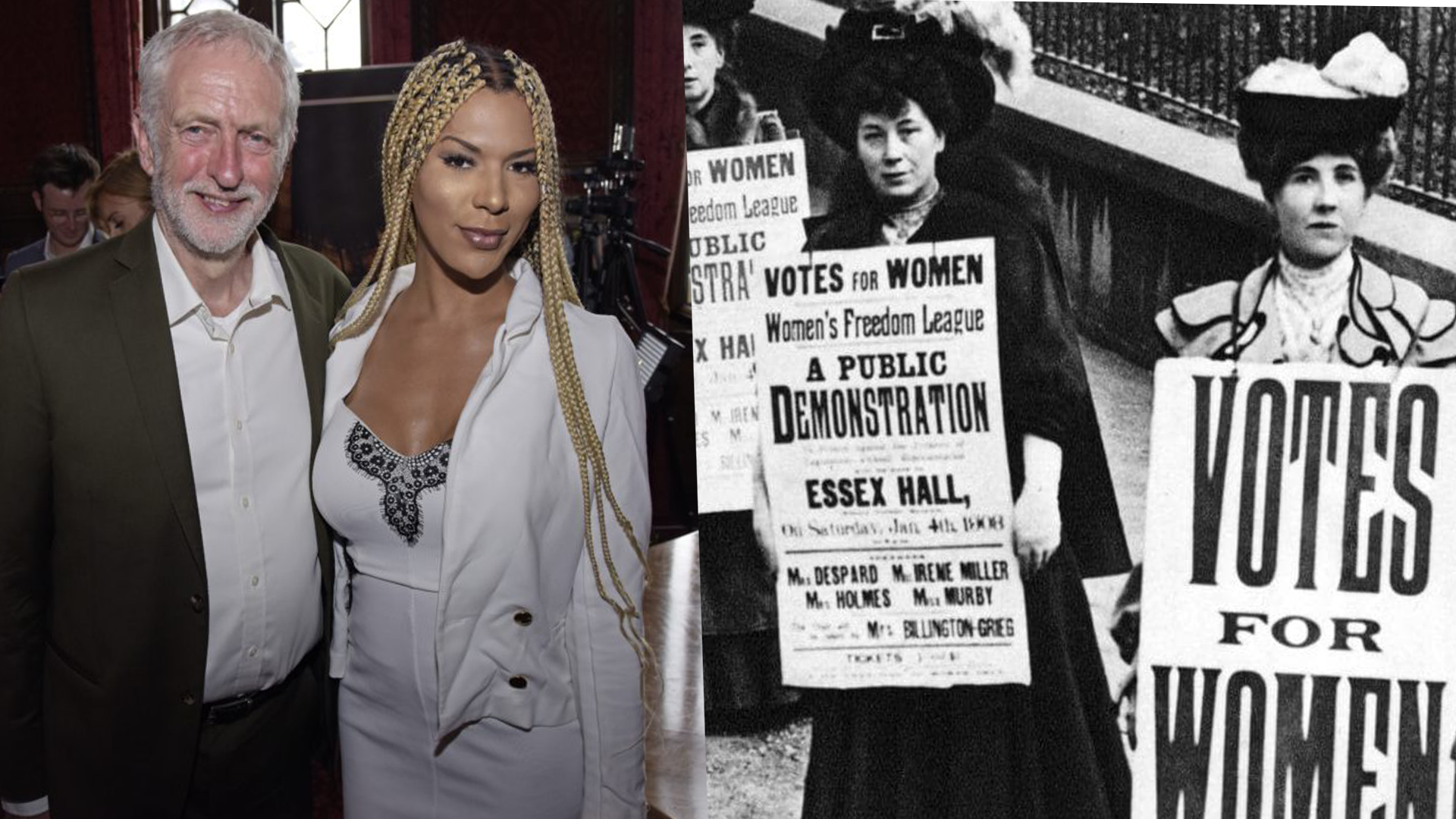 LABOUR has sparked fury after appointing a Transgender Equalities advisor who branded Suffragettes fighting for women’s votes in the early 20th century as “White Supremacists.”

Earlier this month when Britain was celebrating 100 years since women won the right to vote, Munroe Bergdorf tweeted: “The Suffragettes were white supremacists who were fighting for WHITE women’s rights.” 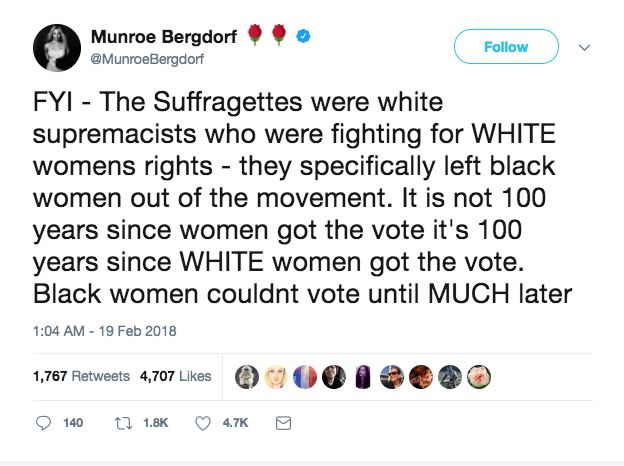 It wasn’t the first time Munroe slammed whites, in 2017 she was fired by L’Oréal for attacking white people when she said: “[the white] race is the most violent and oppressive force of nature on Earth.” 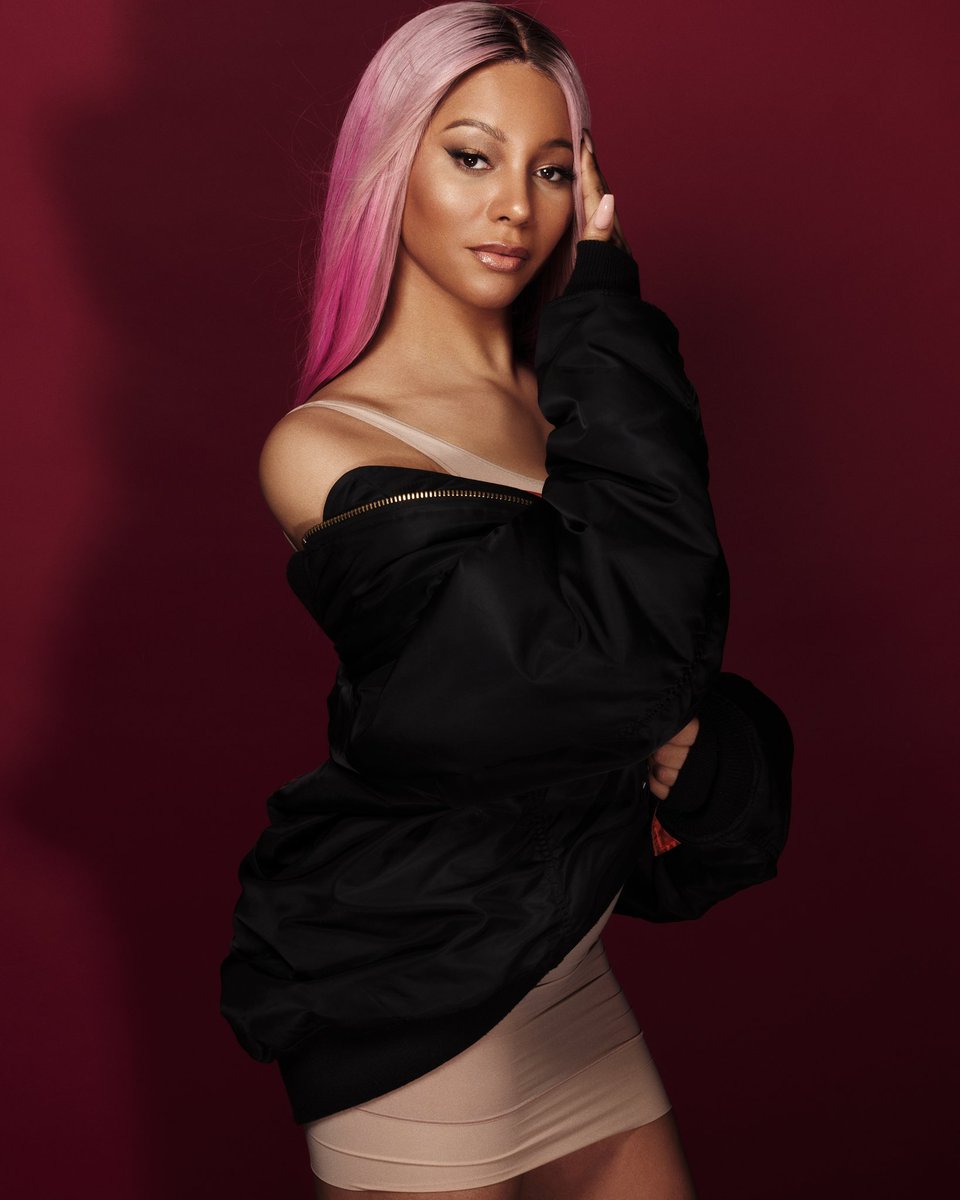 After her comments, L’Oréal said: “L’Oréal champions diversity. Comments by Munroe Bergdorf are at odds with our values and so we have decided to end our partnership with her.”

Labour has seemingly developed an “Anti-White” agenda, this year so far they banned white men from an equalities conference and in January they tried to charge white people extra to attend a Corbyn event.

NO LAUGHING MATTER: Snowflake Comedian calls for Cancer Research Advert to be BANNED because it offends fat people