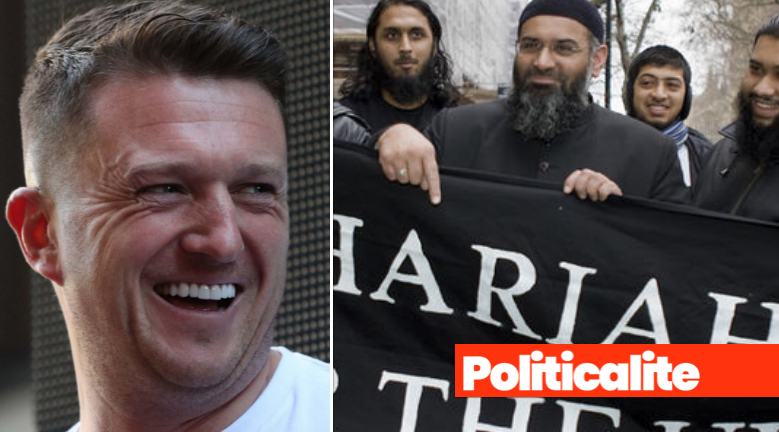 FAR-LEFT Hate group ‘Hope Not Hate’ has sensationally claimed that Britain’s so-called ‘far-right’ are a BIGGER threat to Brits than Islam.

The loony group said: “Brits now view far-right violence as the greater threat than Islamist violence, according to new polling commissioned by HOPE not hate.”

Adding: “The findings are part of our annual *Fear and Hope* report, released on Tuesday.”

Just days after Tommy Robinson was jailed, the report revelas that just ’33 per cent’ of the few polled said so-called ‘far-right groups or organisations’ were the “biggest threat to community cohesion and public order”.

Hope Not Hate’s senior policy officer Rosie Carter told The Independent: “The turnaround in views on which groups pose a threat has happened in a very short period of time.”

“At the same time, far-right nationalistic and racist material has become increasingly visible on social media, drawing more people’s attention to a problem which had slipped below the radar for some years. “There is a growing sense of danger linked to these groups, and it’s not just a preoccupation of liberals,” said Ms Carter.

Many were not convinced on social media.

One user wrote on Twitter: “Hope Not Hate is a far left activism organisation, with an an extremely nasty way of attacking people. They are not a charity as they pretend.”

Another said: “Just out of interest, what’s the body count between the ‘far-right’ and isalm in this country? Also, how many victims of far-right rape gangs are there?”