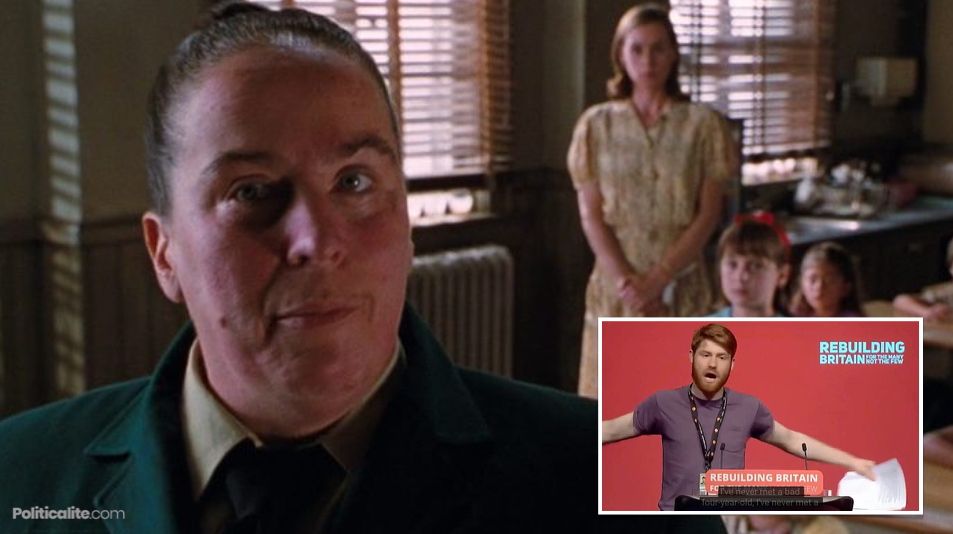 KIDS of right-wing politicians are reportedly being bullied by teachers and excluded by classmates because trade unions have an iron grip on schools.

The news has sparked calls for more free schools to stop youngsters being drip-fed socialist views in the classroom.

The situation was underlined last week when Welsh teaching assistant Sion Rickard told the Labour conference in Liverpool that if children got a “proper education”, the country “won’t have any Tories”.

Afterwards, Tory and Ukip politicians revealed their children had been bullied.

One MP said: “My young son was introduced to his class as the child of a Conservative MP by his teacher, who went on to tell his classmates not to speak to him.

“The headteacher apologised but the damage was done.”

A former Ukip activist recalled his son was given detention for questioning his teacher’s political views.

He said: “My son’s teacher said the Right-wing do dreadful things while the Left-wing takes people’s money and do nice things with it.

“My son put his hand up and asked, ‘What happens when you run out of other people’s money?’ The teacher paused for 10 seconds and gave him a detention.”

He gave another example from a history class at the same south London comprehensive: “It was supposed to be a double lesson about the Vikings and Saxons, but little history was taught.

“Within five minutes it turned into a lesson of ‘We’re all migrants, migration is a very good thing’. She then put a picture of Nigel Farage on the board, used the word “Brexs***” and said ‘Those who oppose migrants like this man are liars’.

“She turned to the class which is particularly ethnically diverse and said, ‘This man’s father wants to deport you all. Don’t speak to him’.”

He added: “As you can imagine, it’s been traumatic for my son, though he has found ways to make friends again.”

Last year Tory MP Bob Stewart revealed his four children had all been bullied at their schools in Beckenham, south-east London: “Such behaviour is taken to a new level when, during the last election, a teacher tells the class of my 13-year-old boy that nobody should talk to him because he is the son of a Conservative MP.”

Toby Young, founder in 2011 of Britain’s first free school, warned pupils would continue to be exposed to Left-wing brainwashing until unions ceased to hold sway over the teaching profession.

“The hard-Left social justice ideology that has captured our universities is now spreading to schools as teachers training there take it to the classroom,” he said.

“One solution is to hire teachers who don’t carry the socialist stamp of approval and union membership; another is to release schools from the iron grip of Local Education Authorities.”

Young said: “Labour is concerned that free schools and academies have too much autonomy and aren’t subject to enough political control.

“Unqualified teachers are those who don’t have formal QTS credentials – they could be academics or even foreign teachers. They are less likely to belong to a trade union, however.”

Article Courtesy of The Daily Express