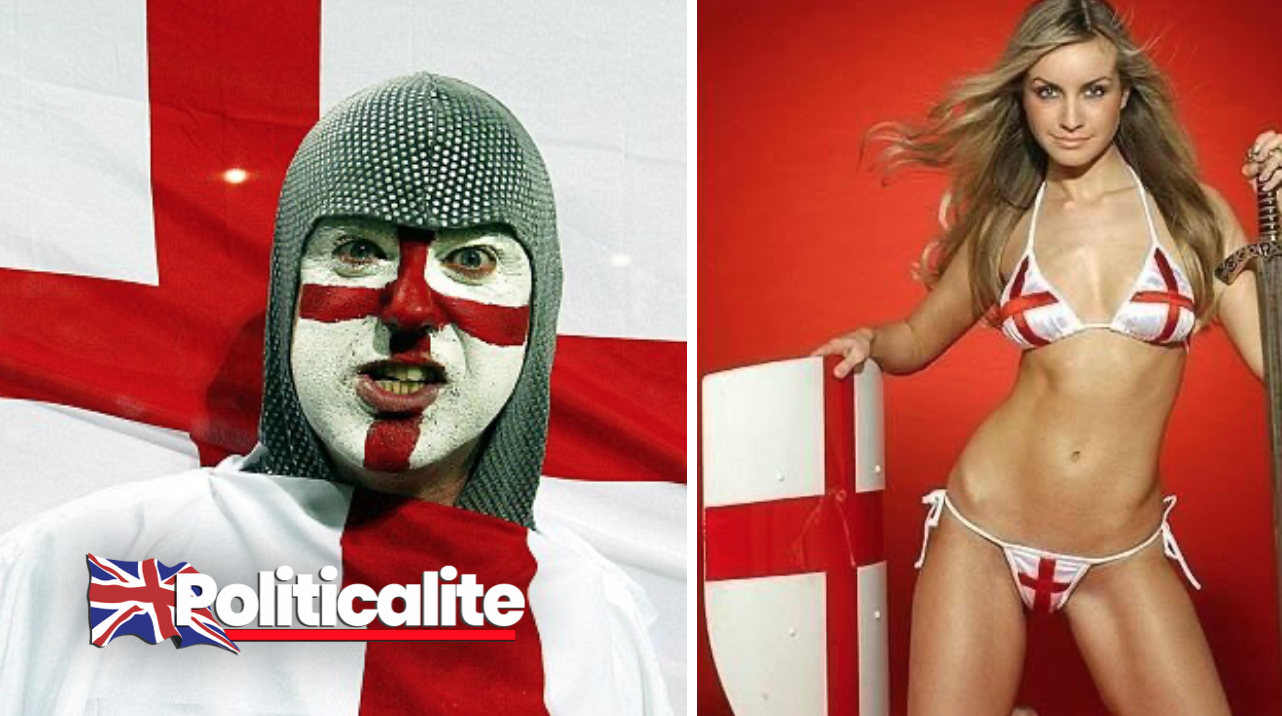 Leftie commentators used England’s national day to complain about the UK, England and nationalism as a whole.

They also tried to use it to crowbar political messaging about immigration and diversity, referring to the Saint’s Greek origins, none more so crude than that of LBC radio host James O’Brien who sneered at how George became the ‘patron saint of patriotic breakfasts’ despite being a ‘Cappadocian Greek who joined the Roman army and never set foot in England’.

Apparently, Saint George, the Cappadocian Greek who joined the Roman army and never set foot in England, is also the patron saint of patriotic breakfasts.

There were also those who accused people who celebrated it of being racist. Prominent socialist Twitter user Ben claimed that while it should be ‘celebrated’, it had been ‘hijacked’ by ‘pig-ignorant gammons that destroy their country every time they visit the ballot box’. 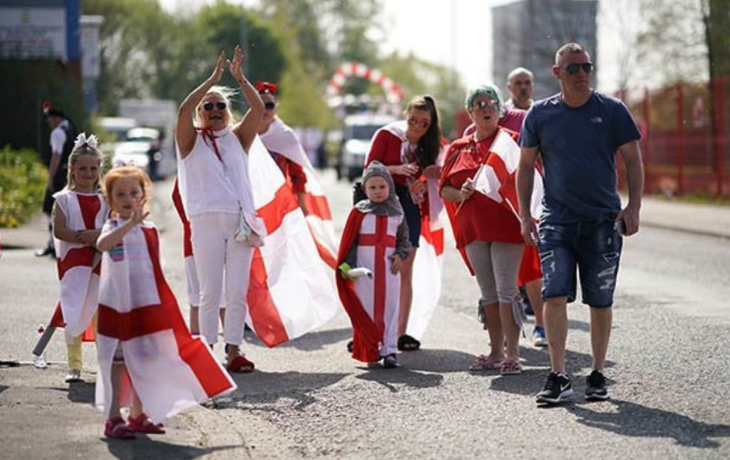 Columnist James Melville of the Byline Times highlighted the foreign past of George and for ‘bravely standing up against discrimination and oppression’.

St George:
His dad was from Turkey
His mum was from Syria
He was a Roman
He died in Palestine
He never visited England
He is a Palestinian and Muslim hero for bravely standing up against discrimination and oppression
He didn't kill a dragon#StGeorgesDay

Independent columnist Jon Stone called George a ‘a symbol of multiculturalism’, based on his background and how other countries celebrated him as a Saint, with pro-EU messaging crammed in there as well. London Mayor Sadiq Khan, who claimed that the day was to celebrate ‘our modern diversity and values’.

??????? the many ways we can feel proud to be English, and proud to be Londoners#StGeorgesDay ???????pic.twitter.com/SbDMj57khc

Other left-wing messages were also pushed, like that of author Guy Shrubsole who used the occasion to plug his book Who Owns England? all the while complain about how ‘1% of the population own half the land in England’.

Happy #StGeorgesDay. Your reminder that 1% of the population own half the land in England.

"The Earth is a Common Treasury for All" – Gerrard Winstanley, April 1649, when his Diggers movement occupied St George's Hill in Surrey. Today it is a golf course and gated estate. pic.twitter.com/AgnARSgCYN

Most people however celebrated the day for its celebration of England and English nationalism. Many shared their pride this way, including English Democrats leader Robin Tilbrook,

However, other prominent ones didn’t celebrate it at all, using the day to commemorate the start of the Muslim festival Ramadan, including Labour MPs Jeremy Corbyn and Zarah Sultana.

Ramadan Mubarak to all Muslims in Islington North, all across the UK and all over the world.

While we spend #RamadanAtHome this year without community iftars and congregational taraweeh prayers, may the blessings of the month fill our homes with warmth and peace.

Let's stay safe, call our loved ones, check in remotely and look after each other.