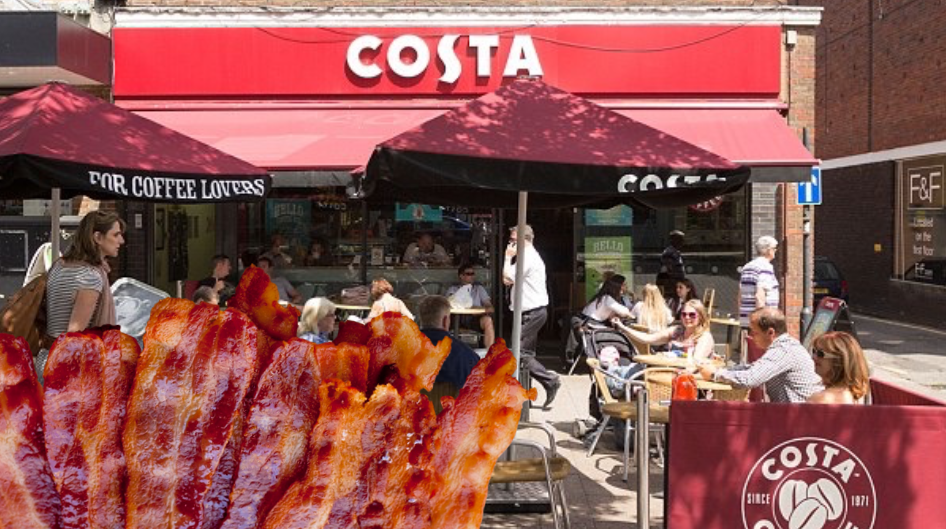 AN ADVERT that urged Brits to buy a bacon roll instead of avocados has been banned by Britain’s advertising watchdog.

A mere two customers complained to the ASA, which said that avocados were a “poor breakfast choice” and that a bacon roll would be better.

The radio ad featured a voiceover which said there was “a great deal on ripen-at-home avocados” but they will only “be ready to eat for about 10 minutes, then they’ll go off”.

The advert told people to choose the “better deal” of a bacon roll or egg muffin.

The advertising watchdog agreed with the two complaints and upheld them.

Costa said its ad played on the “frustration and unpredictability of the avocado”.

The chain claimed it was not suggesting that listeners must choose between the two breakfast options, but that it was instead telling people about its promotional offer.

The ASA said: “We considered that, although the ad was light-hearted, it nevertheless suggested avocados were a poor breakfast choice, and that a bacon roll or egg muffin would be a better alternative, and in doing so discouraged the selection of avocados.”

It ruled that the ad must not be broadcast again, adding: “We told Costa to ensure future ads did not condone or encourage poor nutritional habits and that they did not disparage good dietary practice.”