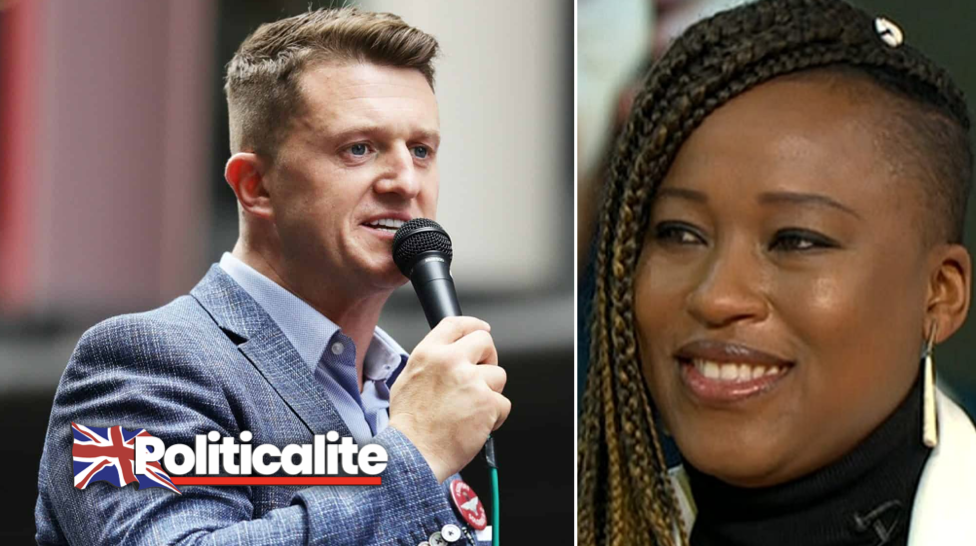 A LEFT-Wing activist celebrated the news that Tommy Robinson has been forced to flee the UK following an arson attack on his family home.

Dr Shola Mos-Shogbamimu, a leftie political and women’s rights activist said that it was ‘payback’ for the controversial right-wing activist ‘inciting hate’ against those who sought refuge in the UK, despite Mr Robinson only campaigning against Muslim grooming gangs raping British girls.

Mr Robinson, 37 has been forced to ‘flee to Spain’ after he revealed that his family home owned by his wife was the target of a suspected arson attack.

He fled to Spain with his with and Children and was due to attend a rally to deport the ‘Rochdale Three’ in London this Saturday.

Shola tweeted: “No country should give Tommy Robinson refuge. Period.”

“Payback time for inciting hate against all those who sought refuge in UK from persecution/war/economic oppression.” 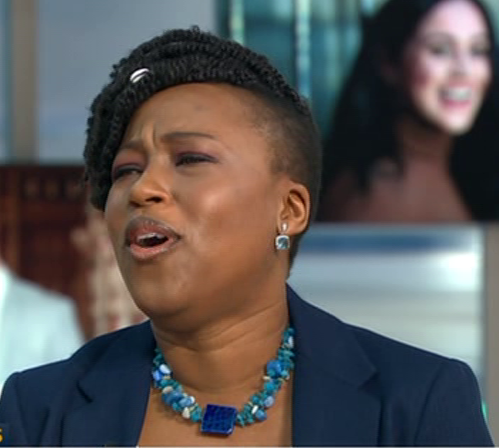 ” He runs to an European country which would’ve been easier to settle in if not for #Brexit. Can’t make it up.ck’ ”

Many slammed the leftie activist online.

Former UKIP leader Gerard Batten hit back: “Which he has never done. What are you a Dr of, Applied Idiocy?” 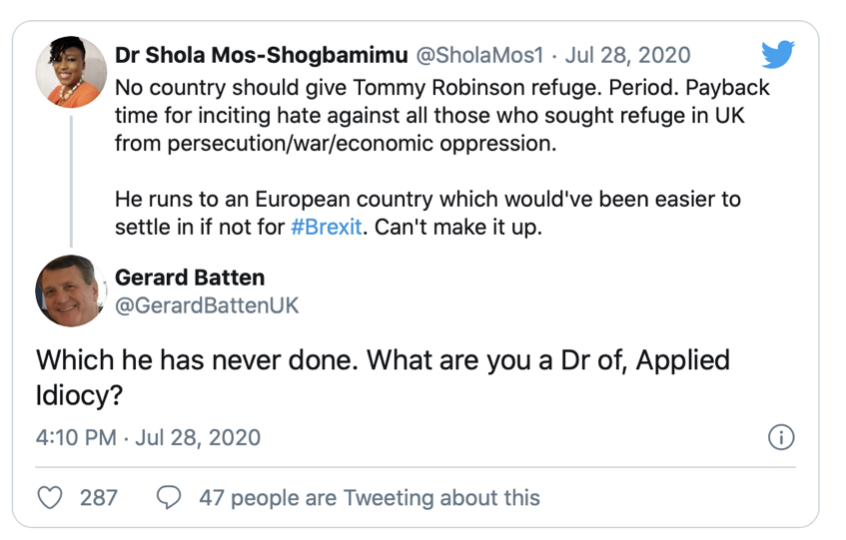 Nat wrote: “Payback! Oh so that means his family deserves to get killed. You vile woman.”

Foxy Tweets said: “Make up your mind love. Note: only one of these two you mentioned was involved with beheading innocents.”

Another user wrote: “Tommy Robinson is from Luton, a town with huge cultural issues. The snobbery against white working class is still considered acceptable, I see. Who else was willing to speak out about the rape gangs?”

Shola has previously supported ISIS Bride Shamima Begum, arguing that the UK is “responsible” for the extremist who joined Britain’s enemy in Syria. 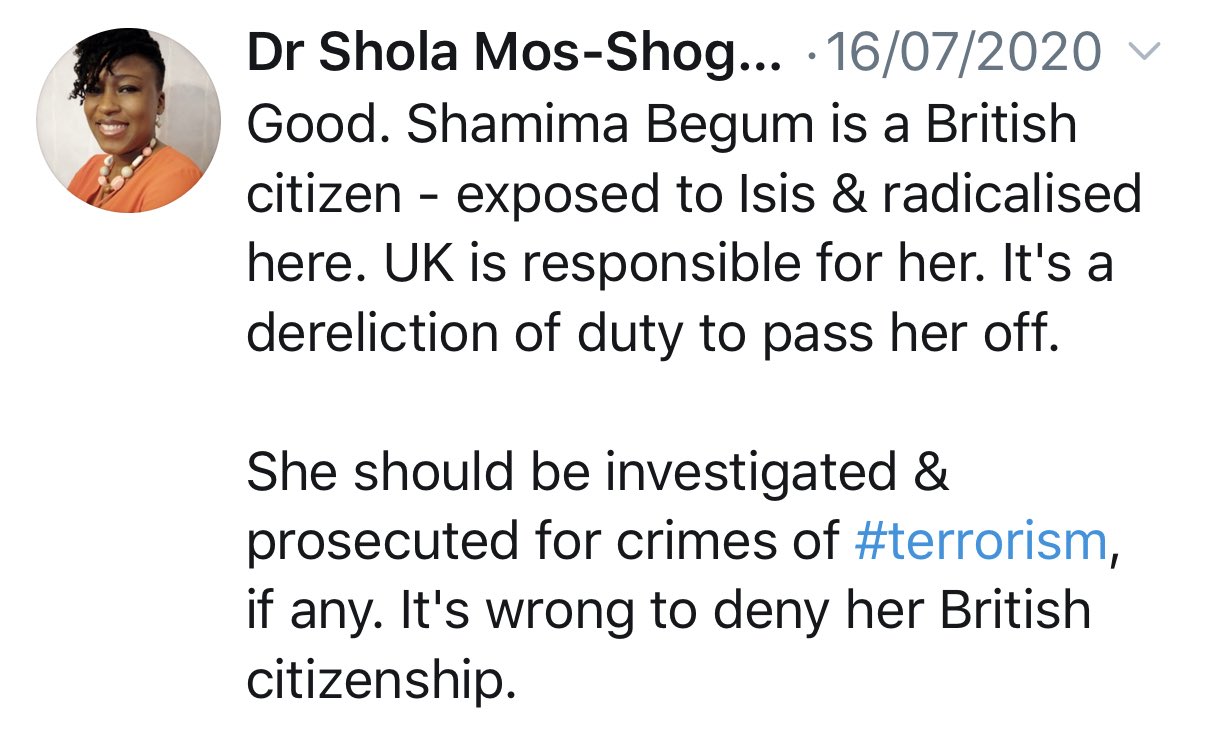 The left would sooner have an ISIS terrorist who hates Britain in the UK, rather than a man who has been persecuted for trying to protect British girls from Muslim rapists.

Let that sink in.