CRYBABY Owen Jones has been pushing a Twitter campaign to try to force LBC to #DumpFarage due to the former UKIP leader promoting free speech.

The #DumpFarage campaign claims “Nigel Farage is using his show on LBC radio to promote Trumpist right-wing extremism in Britain.”

The far right is being normalised by the media.

Nigel Farage interviews the fascist Steve Bannon who calls for “war” in Britain.

The real fascists totally miss the whole point of having multiple viewpoints and seem to think they are the only ones who deserve a platform.

The campaign goes on: “Steve Bannon – a key ally of Donald Trump and backer of far-right movements across Europe – used his appearance on Farage’s show on 15 July to defend jailed racist Tommy Robinson and talk about inciting ‘a war’.” 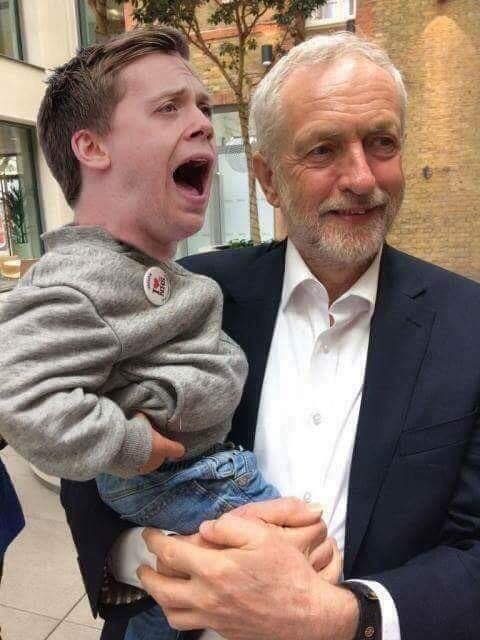 “LBC’s parent company Global Radio relies on major brands to advertise on its stations. Let’s ask them: do you want to associate yourselves with this new far-right threat?”

Soy Boy Owen Jones got involved and published a video, crying like a little snowflake becasue LBC and Global provide a wide range of views.

Rightwing extremism’s on the rise – and LBC is legitimising it. Are major companies like @BritishGas, @Experian_UK and @TKMaxx_UK happy to associate their brands with it?

Watch this video on how we can #DumpFarage https://t.co/0haeMVKFYQ to stop the far-right becoming mainstream pic.twitter.com/YYSdGj8XZW

He even tried to get NatWest to drop advertising, but the absolute Edgi bois over at NatWest refused.

“We have no current plans to change our advertising strategy.”

We have no current plans to change our advertising strategy, but we will continue to take steps to ensure our advertising doesn’t appear alongside content which is obscene, illegal, or at odds with our values. 1/2

If advertising on @Global radio, whose station LBC hosts fascists that defend racists and call for civil war in Britain, is not at odds with your values @natwest_help then what are your values? pic.twitter.com/CMFKD0h3mD

Then rent-a-Muslim, Monobrow Miqdaad Versi of the Muslim Council of Britain – who tried to force Google to de-funded Politicalite (The so-called ‘far-right’ site ran by a Mixed race Homosexual) tweeted: “Farage remains an @LBC presenter despite bringing LBC into disrepute.”

These dumb radical leftists will stop at nothing to ensure anyone who has an alternative opinion to them doesn’t maintain a platform.

Luckily, the Free Speech revolution is taking place across Britain, and little Owen Jones can do JACK SHIT about it!