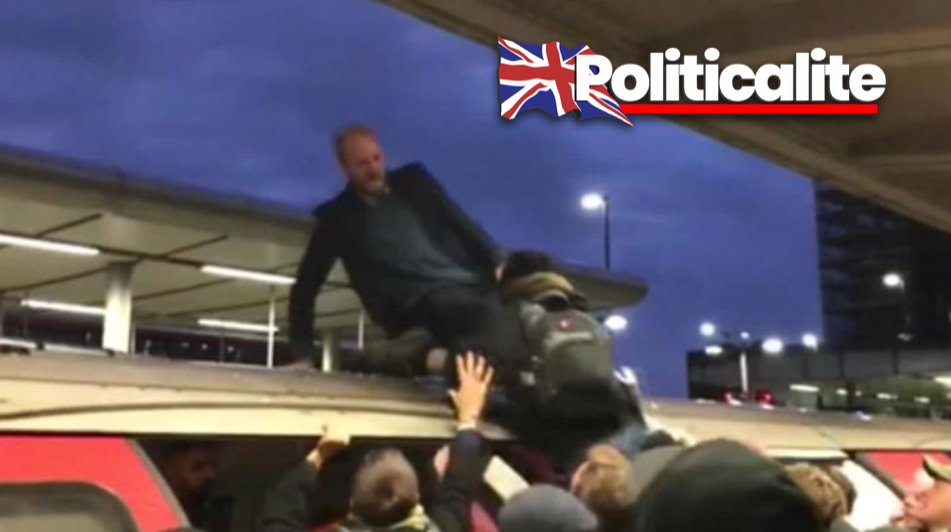 A CROWD of commuters at Canning Town tube station lost patience with Extention Rebellion activists and a leftie cameraman this morning and rose up against XR who have been causing chaos in the capital for over two weeks.

They pulled two protesters of the top of Tube trains and pushed one XR cameraman to the ground, and the nation will be rejoicing at that news.

A man in a red-checked shirt and dreadlocks attempts to break up the violence by stating there is “no need,” as other commuters start to kick and punch the camera operator. 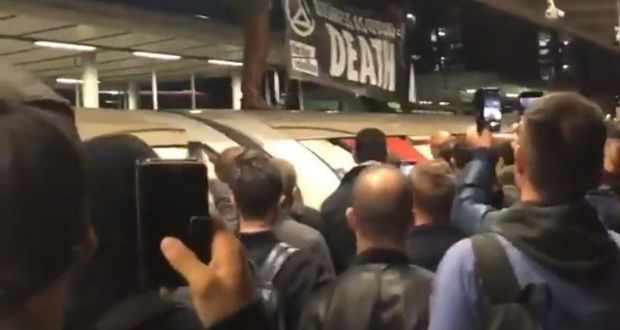 Activists are also seen atop a stationary tube holding a banner reading “business as usual = death.”

Angry commuters hit back at the activists to “get out the f***ing way” and to “get down,” amongst other obscenities.

Commuters packed the platform after being evacuated from the London Underground tube due to the protest action.

The British Transport Police made eight arrests on Thursday morning in connection with protests at three stations, including Canning Town.