VEGAN OFFENDED BY FRY-UP TWEET: Weak Vegan tells Police they can't post pictures of fry-ups because it is 'offensive to vegans'
Advertisement 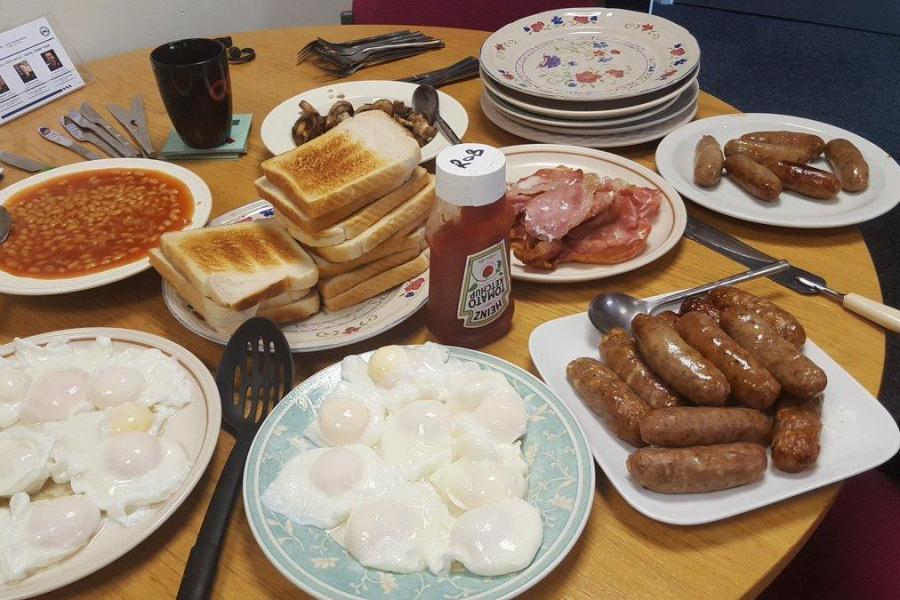 A POLICE FORCE in Wales was slammed for posting pictures of fry-ups on Twitter because the tweet was offensive to vegans.

The North Wales Rural Crime Team has been hailed for its pioneering use of social media to highlight rural crime.

But one woman was so outraged when the force posted a picture of a team cooked breakfast before Christmas she launched a PC attack on the hero officers.

A woman called Diana, found the energy to pick up her smartphone and wrote: “Speaking as a taxpayer I’d prefer them [the force] to be less selective when answering questions and perhaps not post breakfast pics that offend vegetarian/vegan followers – pretty thoughtless considering the job title they have.”

The team had shared pictures of their working breakfast meeting on December 18, which consisted of a large spread including 24 poached eggs, two plates of sausages and bacon, and piles of toast and beans. 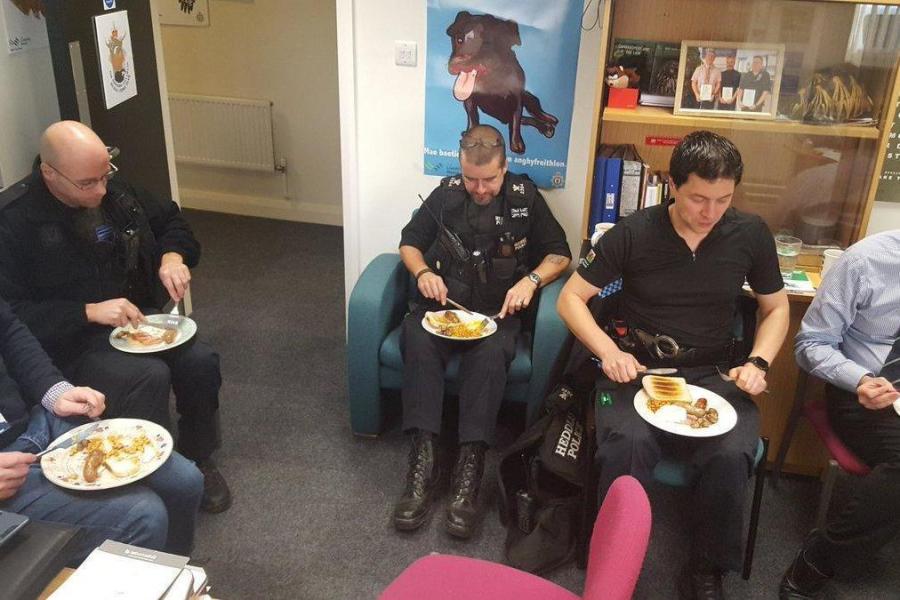 They reportedly posted the images in support of the Farmers’ Union of Wales (FUW)’s Farmhouse Breakfast campaign, an initiative that encourages agricultural workers to get together over a cooked breakfast.

A series of images posted on the account showed “a happy team” enjoying their breakfast.

In response to the story, Farmer Jono Dixon said: “It’s pathetic.. The vegans are ruling the roost. They are nothing more than a menace.

“We as carnivores or vegetarians don’t dictate about there preferred diet so its time they stopped trolling and whingeing about everyone’s daily diets.”

The force posted Diana’s response alongside a tweet saying they had decided not to respond to questions on Twitter.

But they confirmed this was not in response to vegan lobbying.

Mr Taylor told local newspaper the Daily Post: “We regularly get 1m impressions each month and in August alone we had 1.9m impressions.

“We just can’t answer (all inquiries) any more as it’s a huge commitment.”

Between Christmas and New Year’s Day, no more meaty fry-ups were posted on the account.

Until a meat-free egg, beans and mushroom on toast was posted on Thursday, with the caption: “At some point you have to draw a line under it.”