IS THAT IT? Viewers brand ITV Debate 'Boring' as Boris trashes Corb
Advertisement 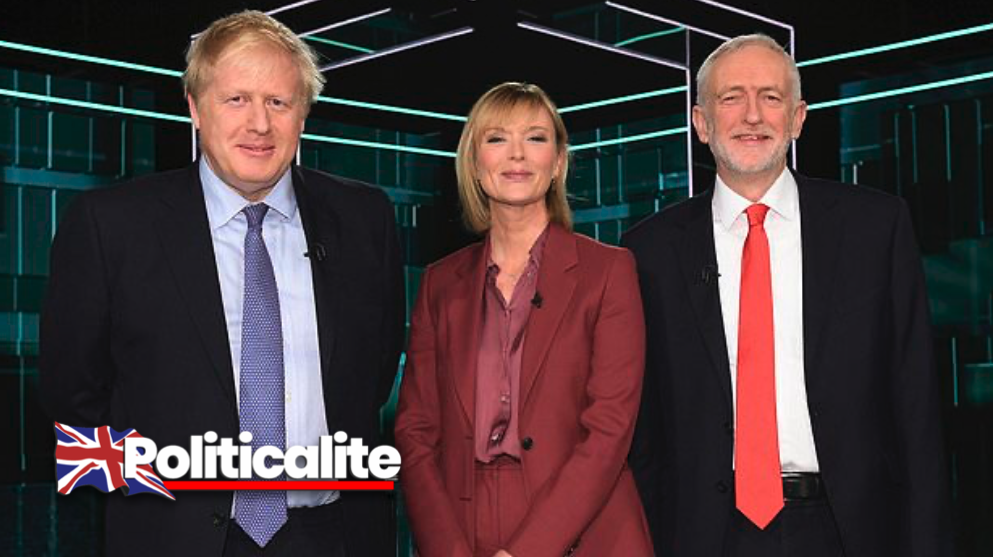 BORIS Johnson and Jeremy Corbyn squared off last night in the first live televised debate of the General Election, but viewers branded the event ‘boring’ with no clear winner.

A YouGov poll revealed it was a ‘DEAD HEAT’ Johnson: 51% Corbyn: 49% but what did YOU think? vote in our Twitter poll.

Who do you think won the #ITVDebate ?

The hour-long joust that was broadcast live from ITV’s studios in Salford.

The event made political history as the first-ever head-to-head TV debate between a two election candidates. Previous events have included other parties.

The pair traded blows over the UK’s stalled departure from the European Union, but many said Boris was the man of the night.

The Prime Minister warned the UK faced more “dither and delay” under a Labour government.

He said a vote for the Conservatives would be a vote to finally “get Brexit done”.

“If you vote for us, we have a deal that is ready to go. Approved by every one of the 635 Conservatives
candidates standing at this election,” he said.

“As soon as we can get that deal through Parliament, as we can in the next few weeks, we can get on with the people’s priorities.”

Corbyn said a Labour government would also settle the Brexit question by negotiating a new divorce deal with the bloc before holding a new EU membership referendum within six months.

Corbyn – a lifelong critic of the EU and lukewarm advocate of Britain´s membership in the bloc – did not answer when asked repeatedly by Johnson whether he would support leaving or remaining in a new referendum.

Labour slammed Boris’ Brexit plan and said: “You´re not going to get it done in a few months, and you know that perfectly well,” Corbyn said.

Mr Johnson, 55, prepared on Tuesday by donning boxing gloves emblazoned with his campaign slogan “Get Brexit done” during a visit to a Boxing gym in Wythenshawe.

Corbyn, 70, was photographed having his beard trimmed at a barber shop and said he prepared for the debate with a Caesar salad and “a couple of cups of tea.”