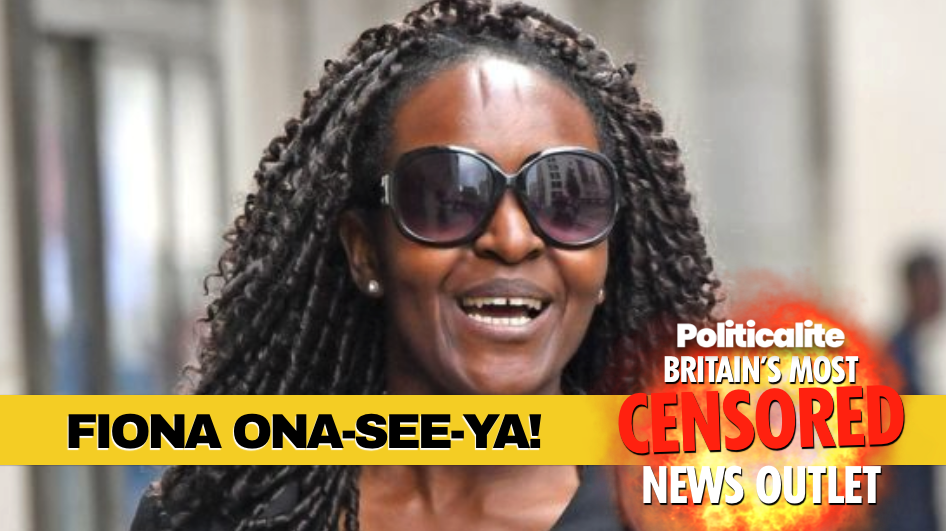 CRIMINAL Ex-Labour MP Fiona Onasanya has been BOOTED out her cushy £71k-a-year job as Peterborough’s Member of Parliament after her constituents petitioned a by-election.

There will be no driving off into the sunset for Fiona Onasanya as she tunes in to the latest news.

The disgraced Peterborough Labour MP has been given her marching orders by her infuriated constituents, resulting in a great, rare day for democracy in England.

A Recall Petition which closed today was signed by 19,261 Peterborough residents, smashing the 10 per cent threshold (just under 8,000 voters) needed to trigger a by-election. 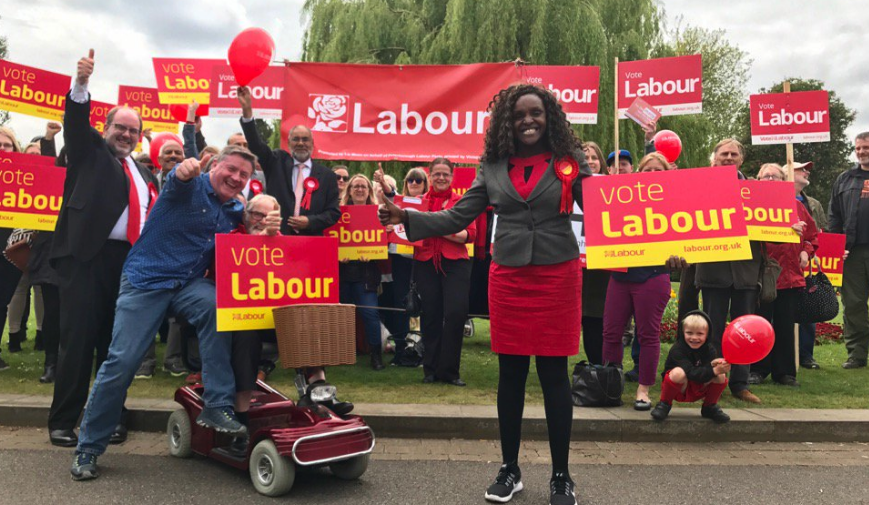 THE PARTY IS OVER: Labour’s Onasanya BOOTED Out

After successful campaigning by local parties and by volunteers with Vote Watch, a local campaign group that pushes for more transparency and a fightback against corruption, the result was announced by Peterborough’s returning officer Gillian Beasley at around 6.30pm once the final signatures had been counted.

Ms Onasanya sparked outrage after she refused to step down following her conviction in December for perverting the course of justice, not to mention her many other scandals reported by Polticalite during an in-depth investigation into the MP and her local Labour branch.

A jury unanimously convicted the MP of lying about who was driving her car when it was caught speeding in the small village of Thorney in July 2017. She was sentenced to three months in prison for the crime but only served four weeks before being released on licence.

According to Onasanya, the real person behind her wheel was a Russian gentleman, whom police later tracked down before establishing where he was on the night of the offence (at home… in Russia!) The prison sentence automatically triggered the Recall Petition which her constituents had six weeks to sign.

Ms Onasanya – a favourite of comrade Corbyn who recently visited the city to promote some of his unsavoury candidates – has not been available to contact.

Some suggested that (as a previous video made by the former MP inferred) she might be sobering -up from the devastating defeat with a line of something not-quite-legal, whilst one local resident claimed that she was probably drowning her sorrows at her local pub (he, of course, must have forgotten that she still remains on tag).

This remarkable achievement marks the first time in British politics a sitting MP has been removed by their constituents in this way. A by-election will now be called.

Brexit Party leader Nigel Farage said that his newly formed party would be contesting the seat.

UKIP’s Gerard Batten also added that his party would contest the seat.

Politicalite will continue to provide updates as the story develops.