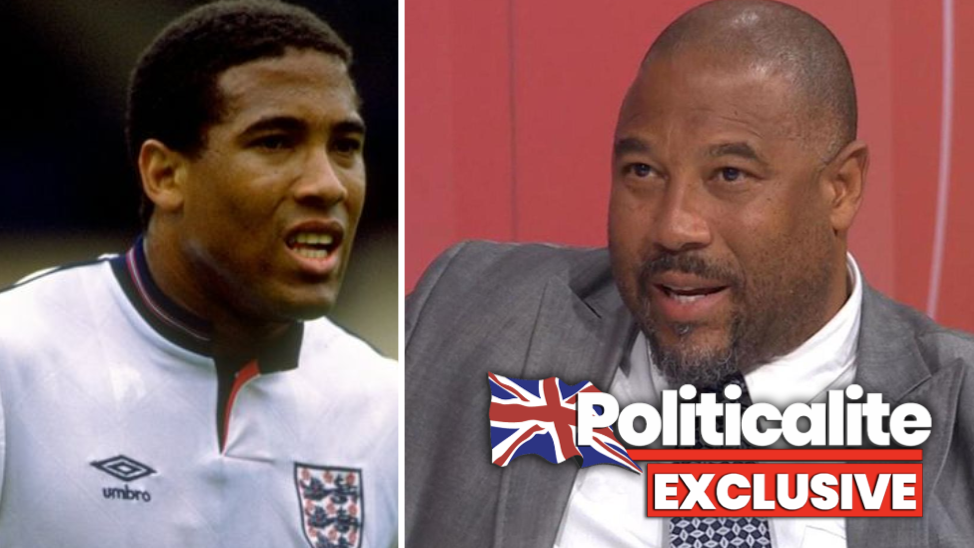 FORMER England ace John Barnes has been criticised by a leading Gypsy and Traveller charity after making bigoted and uneducated comments about race and ethnicity, Politicalite can reveal.

Barnes, who has played for England claimed that there can’t be any real racism towards Gypsies and Irish Travellers, despite the group being a legally recognised Ethnic group in the UK.

The ex-Footy player who was born in Jamaica and won 79 caps for England, was debating the issue of racism with his more than 30ok Twitter followers.

The former Liverpool player tweeted an array of uneducated tweets about race and ethnicity.

One of his Twitter followers brought up the issue of anti-Irish Traveller and anti-Gypsy racism that is paramount in the UK and Ireland.

Barnes replied: “People are mixing up race and culture… irish travellers CANT experience racism from other irish people as they are the same RACE.. they CAN. Be discriminated against by even other irish people but its not RACISM.. u cant be RACIST against ur own. [sic] ” said Barnes. 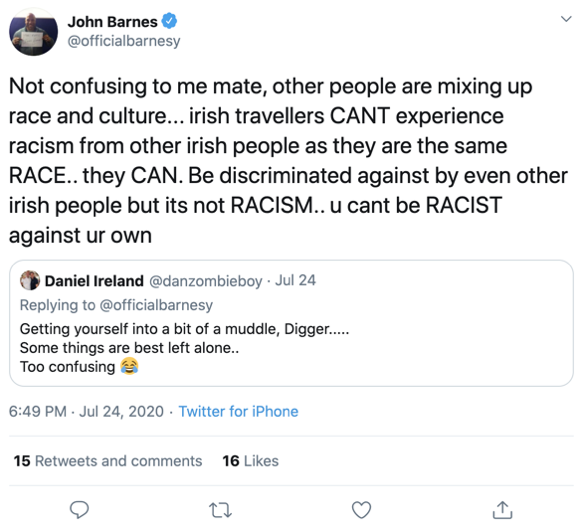 The Sky Sports commentator added: “If an irish traveller moves to france spain or other countries that may not legally recognise… are they a race… are they are race in that country?. [sic]”

The Traveller Movement, a national community charity that seeks to empower and support Gypsy, Roma and Traveller communities told Politicalite that they were “disappointed” by the comments made by Barnes.

Yvonne MacNamara, CEO of the Traveller Movement said: “We are disappointed of Mr Barnes’ ignorance about the level of racism and discrimination Irish Travellers face and we are happy to provide him resources to educate himself on the issue.”

“Irish Travellers are a lawfully recognised ethnic minority protected by the 2010 Equality Act, they are protected by the same hate crime laws as any other ethnic, race or religious group.”

“Irish Travellers fair worst in most social indicators in the UK and in Ireland partly because of deeply ingrained institutional racism in both countries.” 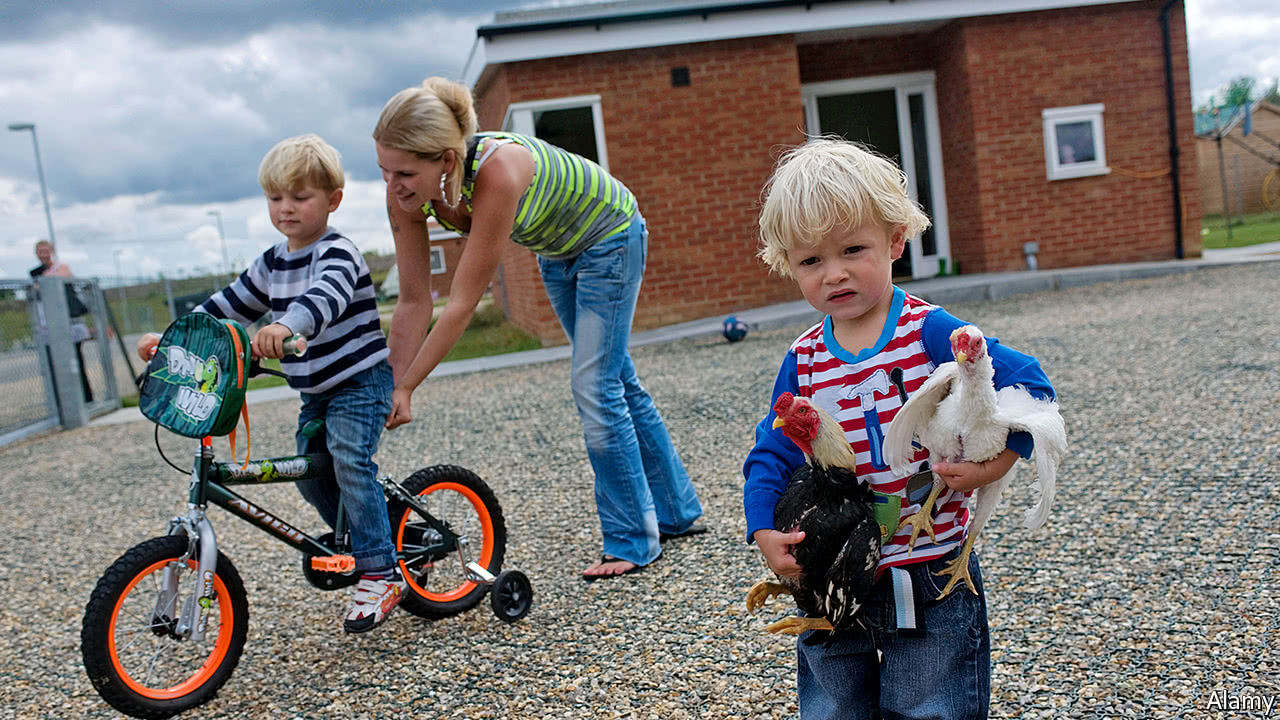 “Irish Travellers face racism in their everyday lives when they go to shops, pubs, restaurants, petrol stations, gyms, churches and the list goes on.”

The group added: “The Traveller Movement fully supports the Black Lives Matter movement and we truly hope that this solidarity goes both ways.”

Politicalite contacted representatives for Mr Barnes but received no reply.