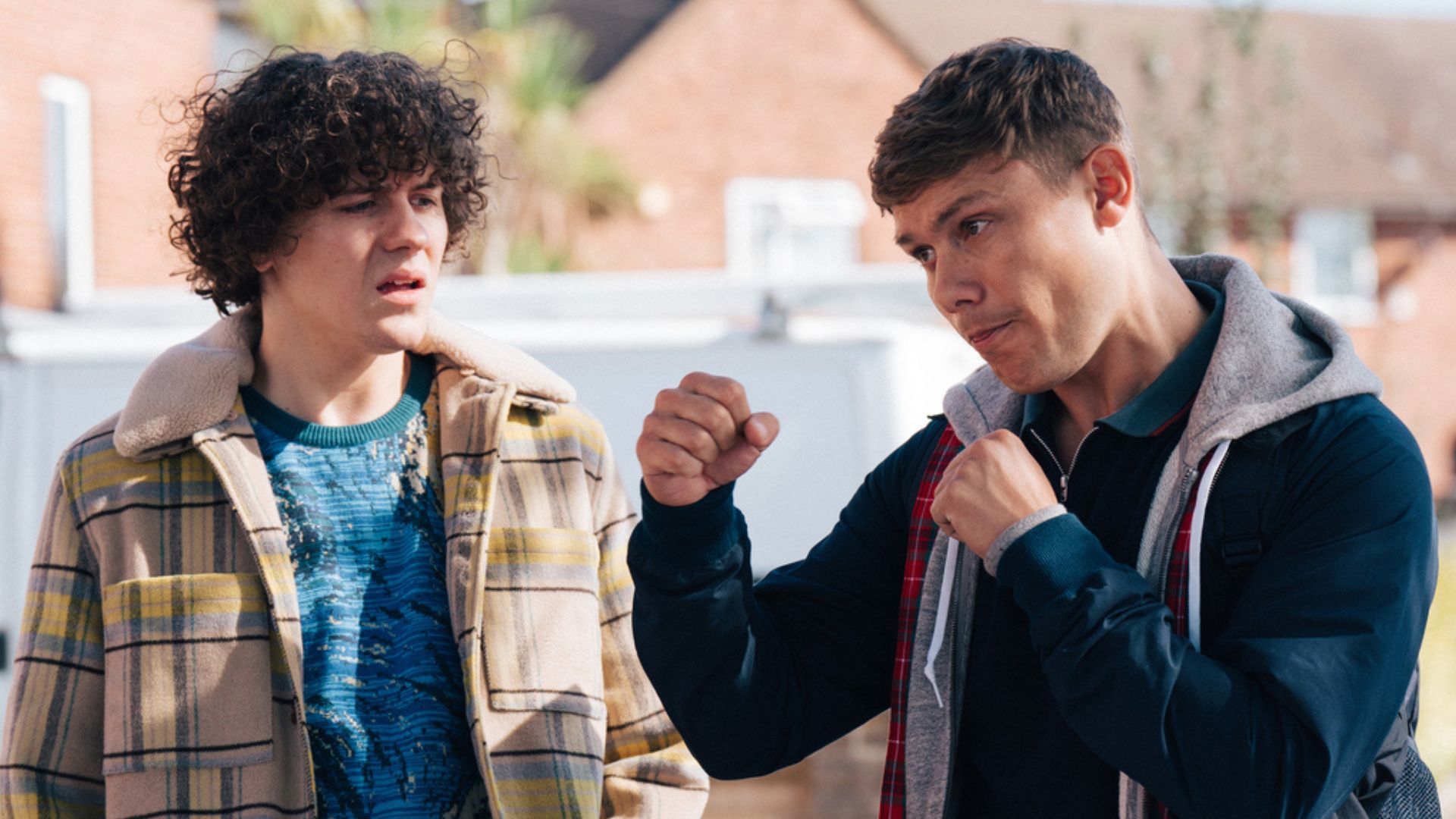 BEST mates often share life’s happy moments. The laughs, the sesh, the banter and the pissing around. Yet the silent majority – especially men – find it difficult to speak up about the issue that if left unchecked, can wreak havoc for all.

Mental Health struggles could lead to a loved one becoming one of the 5,224 people who commit suicide every year.

Lads are more likely to be affected in England and Wales with males accounting for three-quarters of deaths from the silent killer in 2020. The highest rates since the 1990s.

Channel 4’s “Big Boys” is a comedy that tackles some heavy social issues including Mental Health.

The programme deals with death and loss in one of the most realistic portrayals ever seen on TV.

Big Boys is described by Channel 4 as a silly, sweet comedy about two boys from very different ends of the “spectrum of masculinity” who become best mates at Brent Uni Freshers Week 2013.

He’s a dweeby, sheltered, closeted boy from Watford, trying to both overcome grief after his dad’s passing and figure out what he actually wants in life.

Meanwhile Danny, 25 the typical loud and proud Essex lad played by Jon Pointing – is the stand-out star as his Character battles a secret mental health struggle.

Hailing from a run-down seaside town, Danny is a few years older than every other fresher, trying to live out a lost adolescence whilst confronting the demons of his own mental health.

And so we follow their first year at Brent Uni as they explore, experiment and try to discover themselves, helping one another along the way.

“Big Boys is a very funny show but it often deals with weightier issues.” said Channel 4.

Dylan Llewellyn said:  “There’s some heavy stuff in there. But I think that’s what makes the show so special — there’s not many shows that deal with those issues and yet it’s a comedy. I feel that because it’s so funny it earns those moments.”

Jon Pointing said: “I think front facing he seems like a typical lad. But it’s your upbringing, isn’t it? It’s like, what your surroundings are at that formative age.”

“Maybe that’s one of the reasons Jack had me in mind, because I’ve grown up in a similar way — I think a lot of people when they meet me make a similar assumption, that I’m a lad’s lad.”

“ I think a lot of my friendships, especially with my gay friends are partly formed over the surprise revelation that I’m not a complete knob.”

“Essentially Danny doesn’t conform to his stereotype and neither does Jack and that brings them together.”

“They might seem like an odd couple but underneath they have more in common than not. Also, Jack comes to uni needing to be looked after and Danny is happy to fill that role I think partly because he’s kind but also its a welcome distraction from his own problems.”

The shows creator and writer Jack Rooke says that Comedy is the best way to handle bereavement and mental health.

“It’s just like comedy and humour is sort of the remedy to it all. It is bleak and it is a bit shit.” he said.

“It’s a fine line in Big Boys between never trying to make it too schmaltzy, because that would not be the show I’d want. But also not undercutting some of the drama when that naturally comes through. It’s about finding that balance, because, comedy, in my mind, is the best way to tackle that heavier stuff.”

“I also think that there are so many moments where there’s natural humour in tragedy, because for me, laughing and crying are almost the same thing.”

“They tread the same line. There’s a line on the show which is, ‘When I cry, it sounds like Jimmy Carr’s laugh,’ which perhaps one could argue proves this theory!”

“I’d like to think that Big Boys still allows people to sit in the silly moments. There’s so much daft, comic stuff that happens when you’re young and wide eyed at uni that can run alongside the heavier moments of pathos — I think that’s much more reflective of real life when you’re that age as well.”

All episodes of Big Boys are available to stream now on All4 .