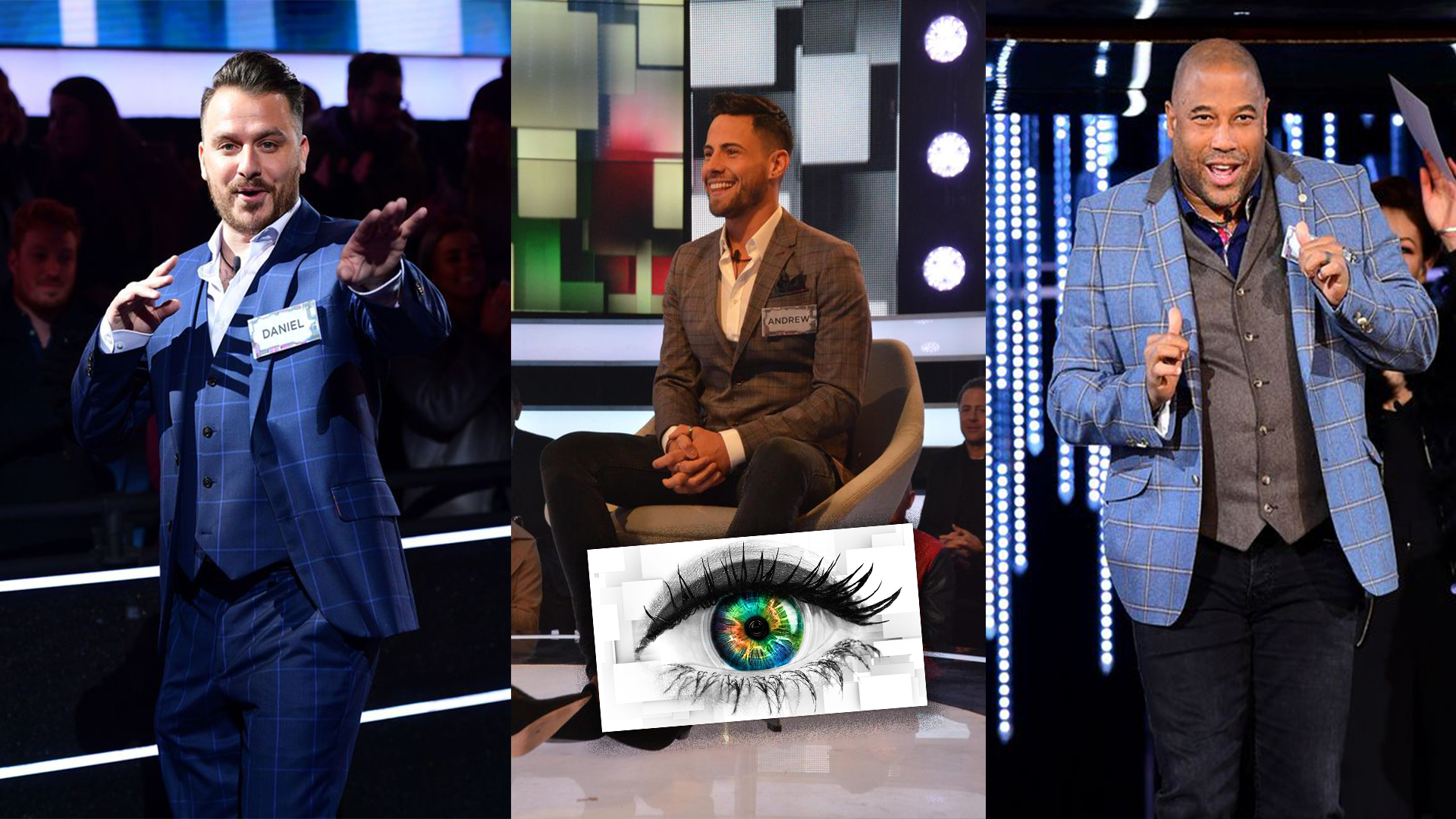 CELEBRITY BIG BROTHER threw in eight men into the house to join the all-female line-up. 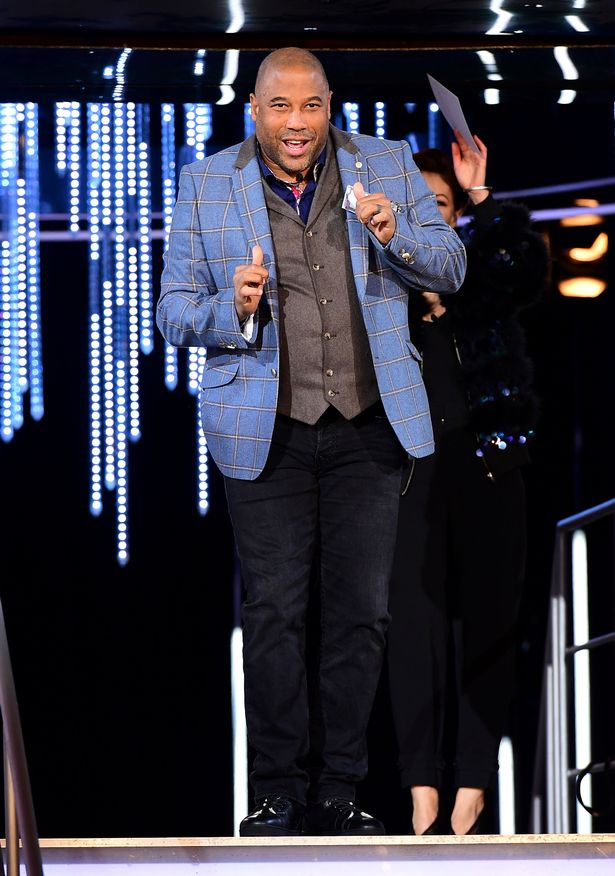 Former England and Liverpool footballer John Barnes was the first star to enter the house on Friday night.

John, 54, is a father of seven, and became as well known for his rapping skills as his performances in midfield in the 1980s and 1990s.

He said before entering the house: “I’m looking forward to it, there’s some strong characters in there, strong women. I’ve got four daughters, they’re strong.” 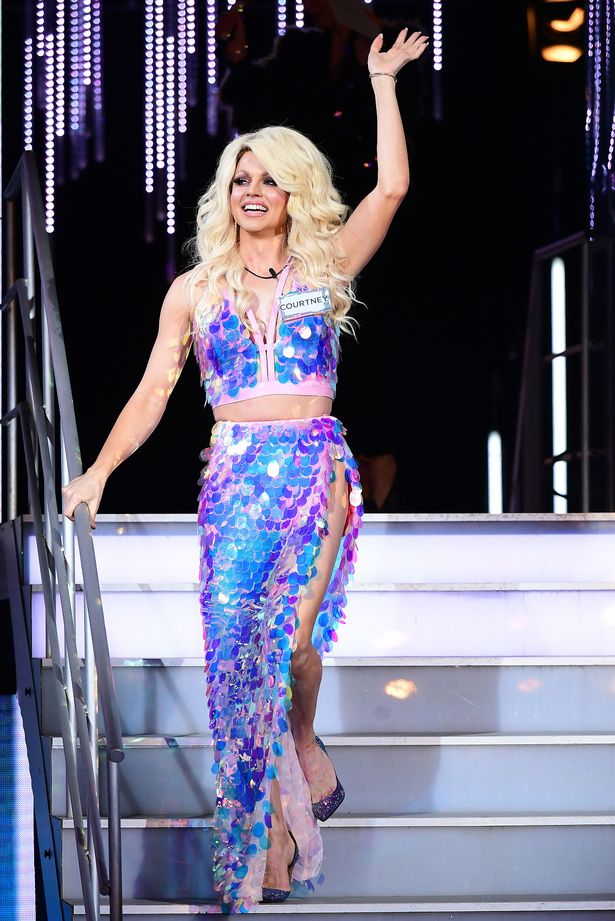 The Aussie performer most recently appeared on season six of the hit show, making it down to the final three.

Courtney made quite the impression entering the house in full sparkling dress – which promptly fell off when she entered the house. 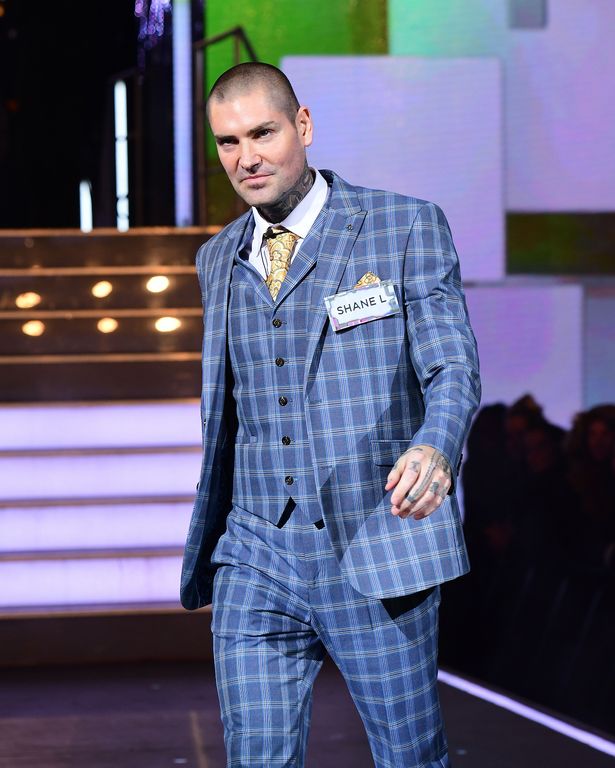 Irish boyband star Shane Lynch was third into the house.

The Boyzone heart-throb revealed he had attended an all-girls school so felt he should fit right in with the women in the house.

Love Island star Johnny Mitchell said he was looking forward to going into the house full of women.

The entrepreneur, 26, shot to fame after his appearance on the ITV2 dating show – where he became famous for “mugging off” Camilla.

Although he also said in his entrance interview: “Feminism has gone too far for some people.” 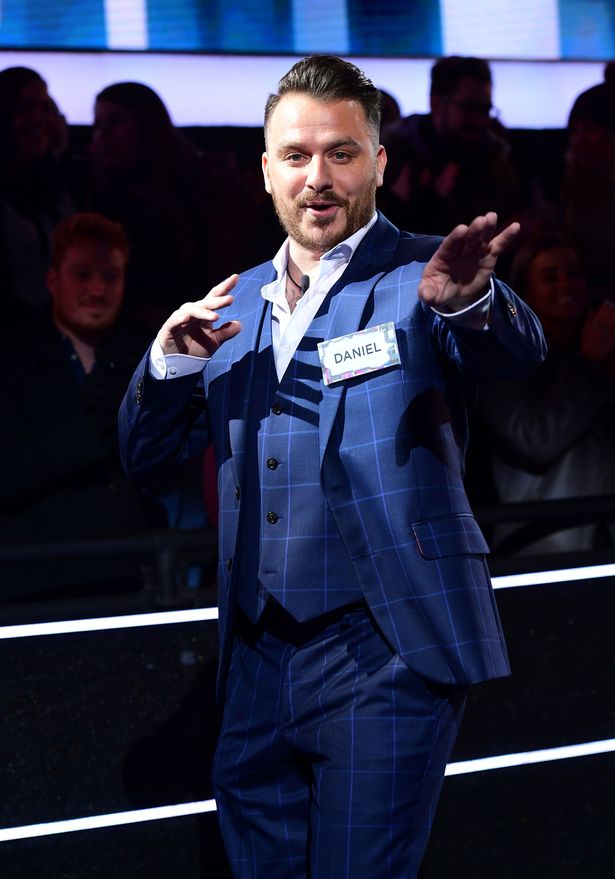 Controversial comedian Dapper Laughs, aka Daniel O’Reilly, was a surprise inclusion in the line-up.

He said he hopes entering the show will “right some wrongs of some of the stuff I’ve said in the past, some of my content that has upset people.”

“I want to show people I’m normal. If not, they’ve paid me loads of money so I’ll be alright.”

He came under fire in the past for jokes about rape made in his stand-up show.

Talking about the controversy, he said: “It destroyed everything I worked for.”

But he talked about the massive changes in his life, having lost his own father and then becoming a father himself to a baby girl.

He added: “I hope I come across nice.” 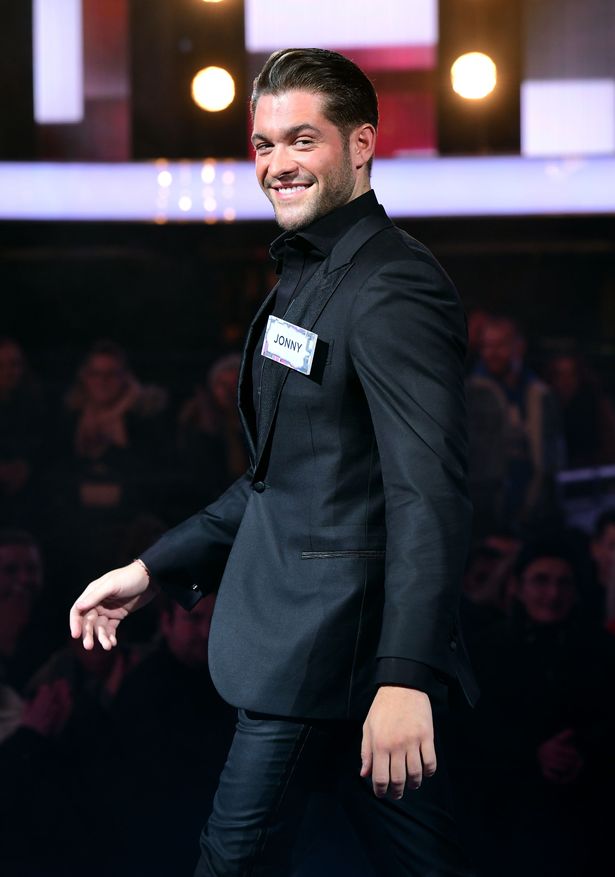 Love Island star Johnny Mitchell said he was looking forward to going into the house full of women.

The entrepreneur, 26, shot to fame after his appearance on the ITV2 dating show – where he became famous for “mugging off” Camilla.

Although he also said in his entrance interview: “Feminism has gone too far for some people.” 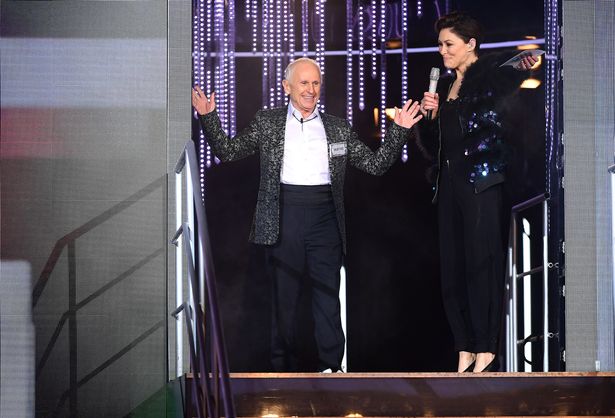 Former ballet dancer Wayne Sleep OBE, 68, was described as a “national treasure” by CBB host Emma Willis as he entered the house on Friday.

Known for his career with the Royal Ballet, since retiring from the stage, he’s carved-out an impressive CV with reality TV jobs.

These have included the BBC’s The Real Marigold Hotel, Celebrity Masterchef and The Chase.

Married to husband José Bergera, he once suffered prostate cancer and has recently undergone a hip replacement.

He said: “It’s always been a man’s world but in the ballet world it was quite the opposite.

“I think this year’s theme is fantastic, I prefer women’s company.” 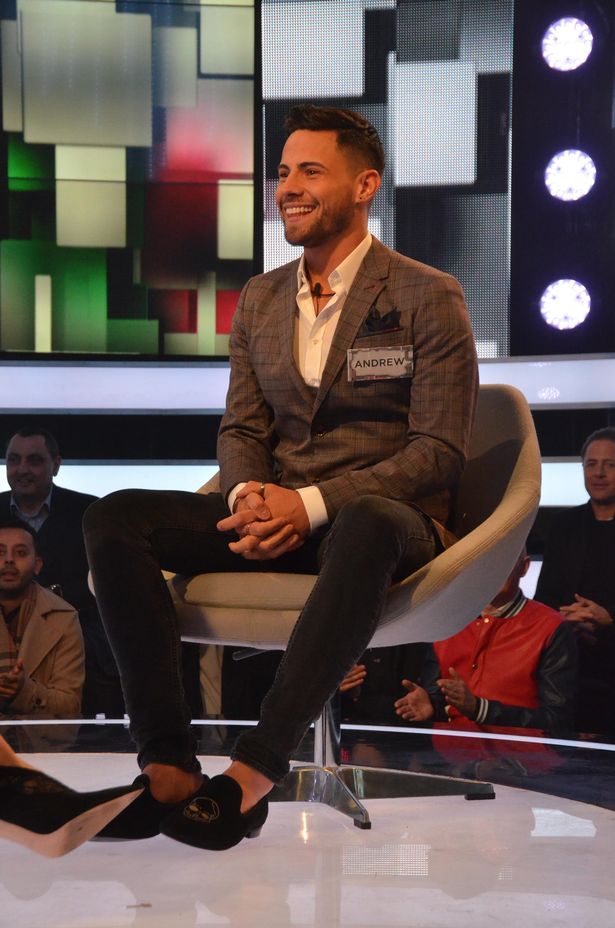 Andrew came to fame late last year in The Apprentice 2017, and quickly found himself hitting headlines for having a fling with contestant Anisa Topan.

Andrew hails from Vicar’s Cross, Chester, and reckons he’ll get on with Amanda Barrie best in the house as they’re “both northern”.

In his pre-entrance interview he said: “Feminism is spooning.” 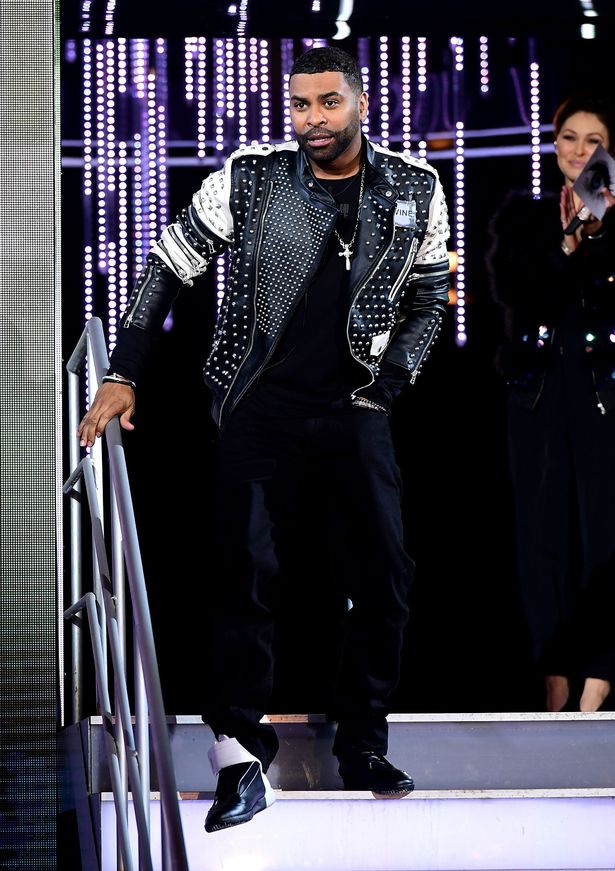 American singer Ginuwine – real name Elgin Baylor Lumpkin – may have been one of the top-selling R&B artists in the 1990s, but he’s also now known for his many, many children.

The musician, 47, is dad to nine children, seven of whom are daughters, and is known for his global hit song, Pony.

He was the final male star to enter the house on Friday night.

DAY 4: INDIA BLOWS AFTER BEING MISGENDERED 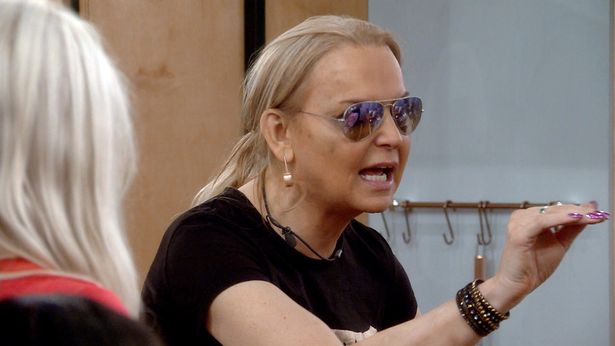 Amanda, who played Corrie’s Alma, called India a man twice and then laughed – which sparked a row.

She has already taken housemates Rachel Johnson and Ann Widdecombe to task after they misgendered her in the house.

the row in Friday night’s episode, which happens as the women were talking about having a cough, saying they’ve all had it.

Amanda pointed at India and said: “He hasn’t had it!”

India quickly corrected her, but Amanda started laughing as she realised her mistake.

Chuckling to herself, she said: “Why did I do that again?”

Amanda continued to laugh and joked: “It’s ‘cause I fancy you!” 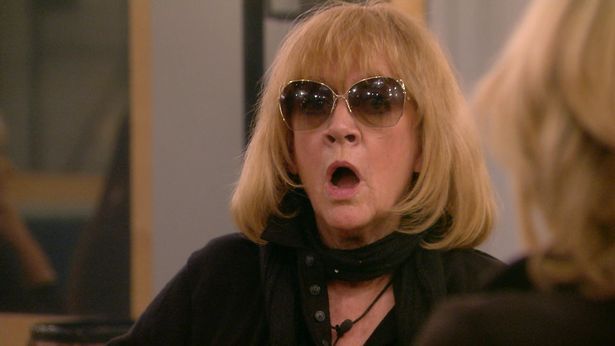 But India wasn’t finding it funny, pointing out it’s the second time Amanda has misgendered her.

She added: “You’ve just chuckled when you’ve done it again!”

Amanda tried to apologise, but India continued: “An apology’s not enough, I’m sorry but I did explain to you how important that was.

“And that’s twice you’ve done it, and you certainly don’t misgender someone and then chuckle.”

Ann – who has also misgendered India twice during the show – chimed in: “If it’s not deliberate, an apology is always enough.”

“I’m telling you, as the person concerned, I take great offence at that.”

The row continued to rumble on as India tried to get her point across that she was not happy about being misgendered.