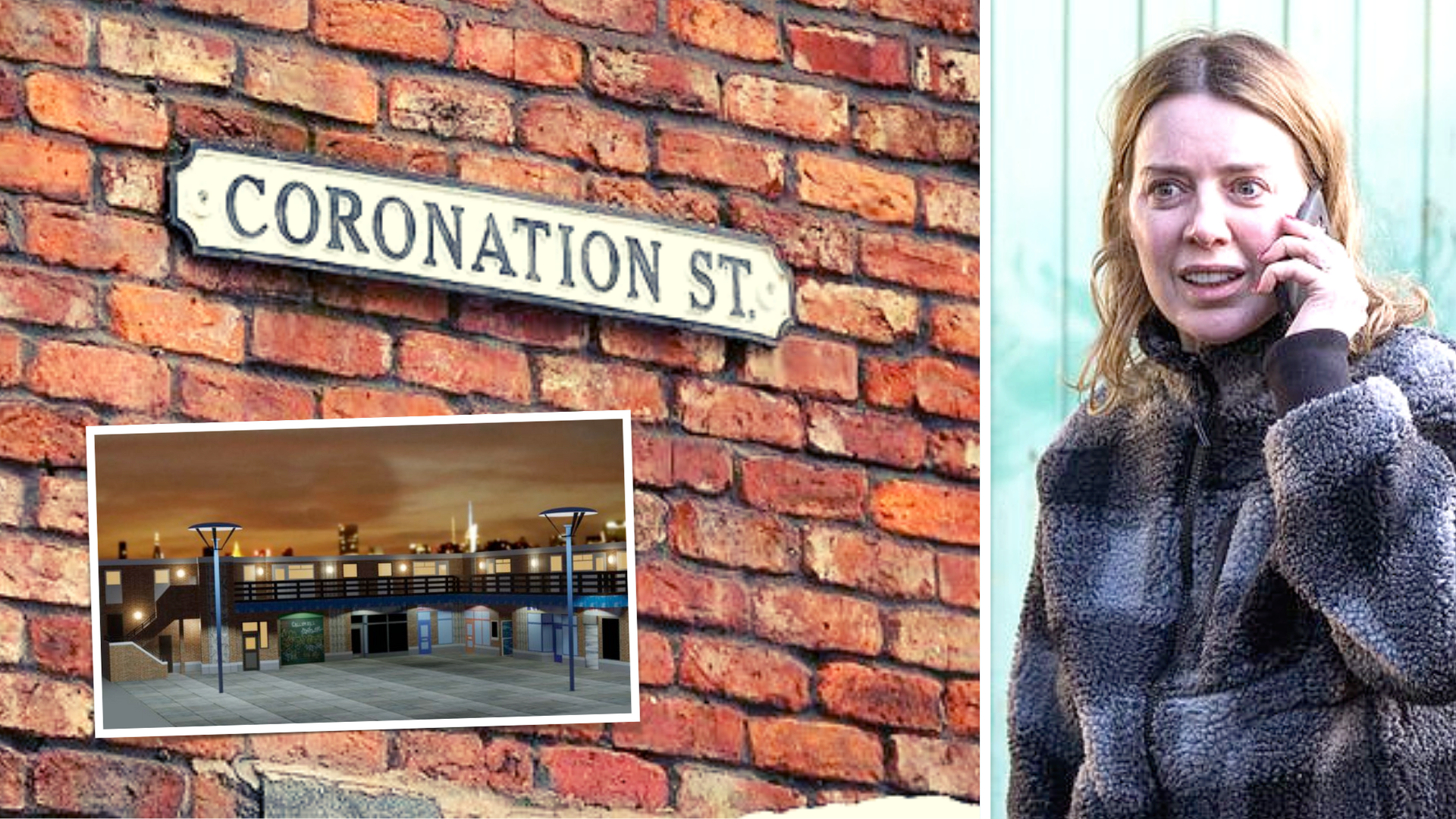 CORONATION Street is embracing change as it moves into an hour-long primetime slot on ITV and is aiming for a grittier vibe.

As the hit, Working-class Granada show moves to three hour-long episodes and an 8 pm time slot Mondays, Wednesdays and Fridays on ITV, the UK’s most-watched soap has unveiled plans for an ambitious new exterior set build, the Weatherfield Precinct.

Some fans have said it resembles a setting from Paul Abbots hit-series Shameless, that ran on Channel 4 in the noughties.

The programme has started to highlight gritty issues such as drug abuse, alcoholism, crime, county lines crime and stalking, with former Shameless cast members joining the ITV soap after the show was accused of being stale and drifting from its working-class “kitchen-sink” roots.

His idea became the lifeblood of ITV, and has been one its highest-rated shows since it began in 1960, but these days it’s as far-away from its origins as ever. It’s now viewed on average by 8 million Brits, a far cry from the 20 million the show used to pull in.

Sidney Bernstein – founder of Granada TV claimed he “couldn’t find a single redeeming quality”… when it aired for the first time. It was watched by 3.5 million homes by 7.7 million viewers.

A show that was sneered at by the chattering classes was only ever supposed to run for 13 episodes, but it was so successful that it has ran for more than 60 years.

Yet Corrie was accused of forgetting to represent the people that are its lifeblood. The working-class, and in the early 1980s two other soaps rocked the cobbles.

The creators used Corrie as an example, but found that the now 20-year-old ITV soap “offered a rather outdated and nostalgic view of working-class life.

The impressive two-storey construction will feature maisonettes, a staircase and balcony leading to the properties, a piazza and an array of accessible local shops and units, which will enhance and extend the set based on the programme’s 7.7 acre site at MediaCity in Trafford, near Manchester.

A show source said: “An incredible amount of research has been carried out focussing on 1960s local architecture and we are striving to create an authentic area of Weatherfield with a grittier vibe to the existing street that we know and love.”

“I cannot wait to meet the characters that may call it home and see the businesses that will be created and the storytelling potential of an old but new part of Weatherfield.” added the source.

As part of the wider Weatherfield community, the precinct has often cropped up in the soap’s dialogue with characters heading off to the parade of shops.”

” The new set will afford scriptwriters the chance to make the most of the show’s broadening horizons, creating opportunities to explore storylines beyond the cobbles of Coronation Street itself.”

“Coronation Street’s Series Producer, Iain MacLeod:
“The fabled Weatherfield Precinct has been much discussed, but little seen on the show in our 61 years, and I am really excited to be expanding the Coronation Street universe.”

The plans for the shopping area are drawn directly from the real-world Salford environs that inspired the show’s creator Tony Warren and exemplify the authenticity and ambition we still prize as we move to hour-long episodes this week.”

Located on the Manchester Ship Canal and directly opposite MediaCityUK, the Coronation Street production facility became the programme’s new home in 2014, and ever since the soap has continued to expand and invest in the site.
The Victoria Street set, including Victoria Gardens, Speed Daal, the Weatherfield Tram stop, Trim Up North, George Shuttleworth’s funeral parlour and Edison Bailey’s builder’s yard, opened in 2018 with the soap’s legendary actress, Sue Nicholls cutting the ribbon at a specially convened ceremony.

Coronation Street is the world’s longest running soap and holds the Guinness Book of World Records for this achievement, alongside longest serving cast member, William Roache OBE, who has starred in the drama serial since the first episode on 9 December 1960.

John Whiston, Managing Director of Continuing Drama and Head of ITV North said: “As we (hopefully) come out of Covid and start to stretch our dramatic legs again, it will be great to be able to play exciting new stories against a brand new backdrop. And it’s a testament to the confidence ITV has in the show that it is investing so much in our future. Mind you, I guess it won’t be long before we blow it up, burn it down or crash a tram into it.”