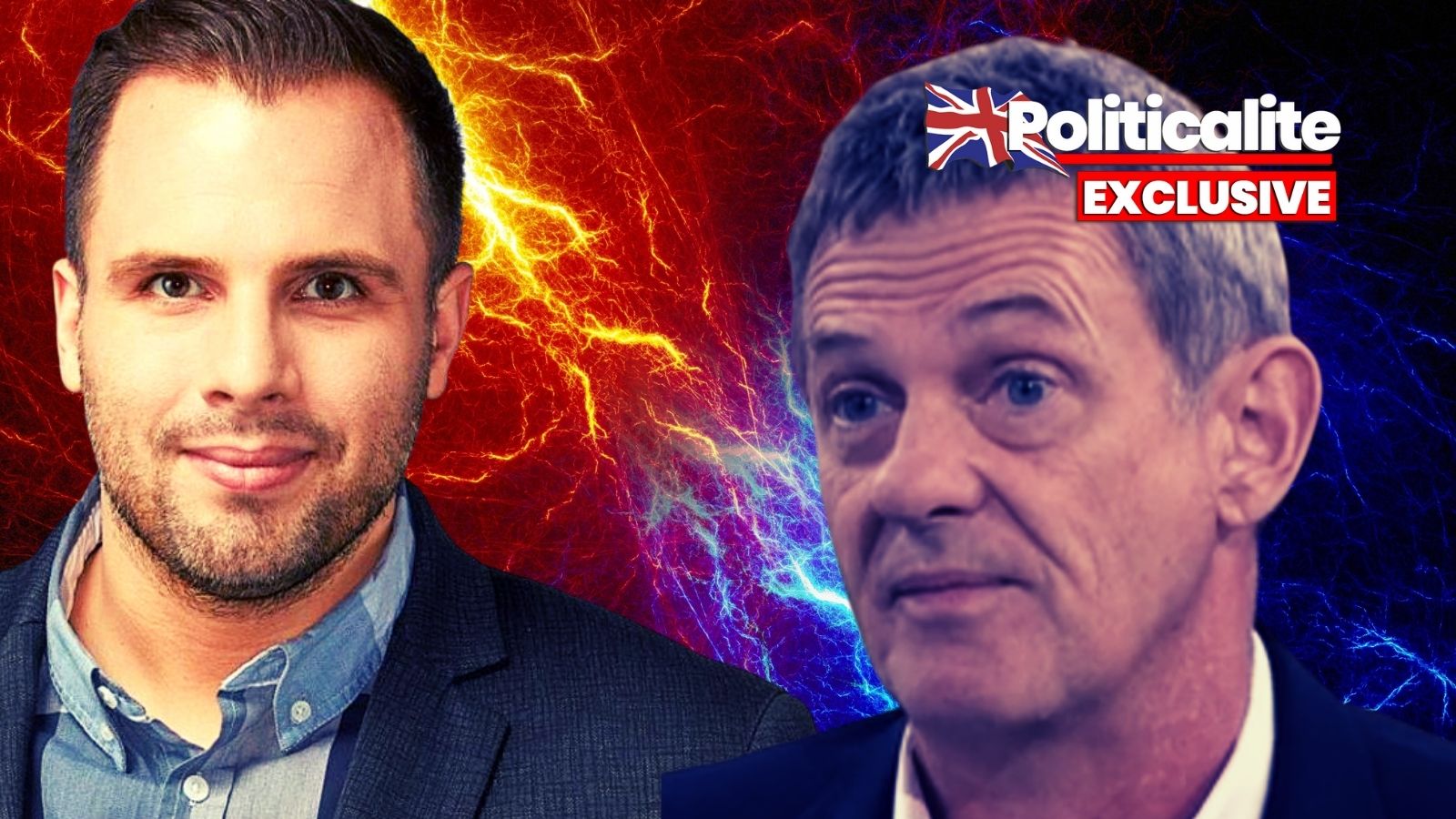 DAN Wootton has fired back at Matthew Wright after the former daytime telly star claimed GB News would be “off air within a year”, Politicalite can exclusively reveal.

Wright, 55 who fronted The Wright Stuff on Channel 5 for eighteen years before quitting in a ‘free-speech row’ in 2018 claimed that the new channel wouldn’t beat his Channel 5 ratings and swiped at Wootton who was a regular guest on his C5 show. 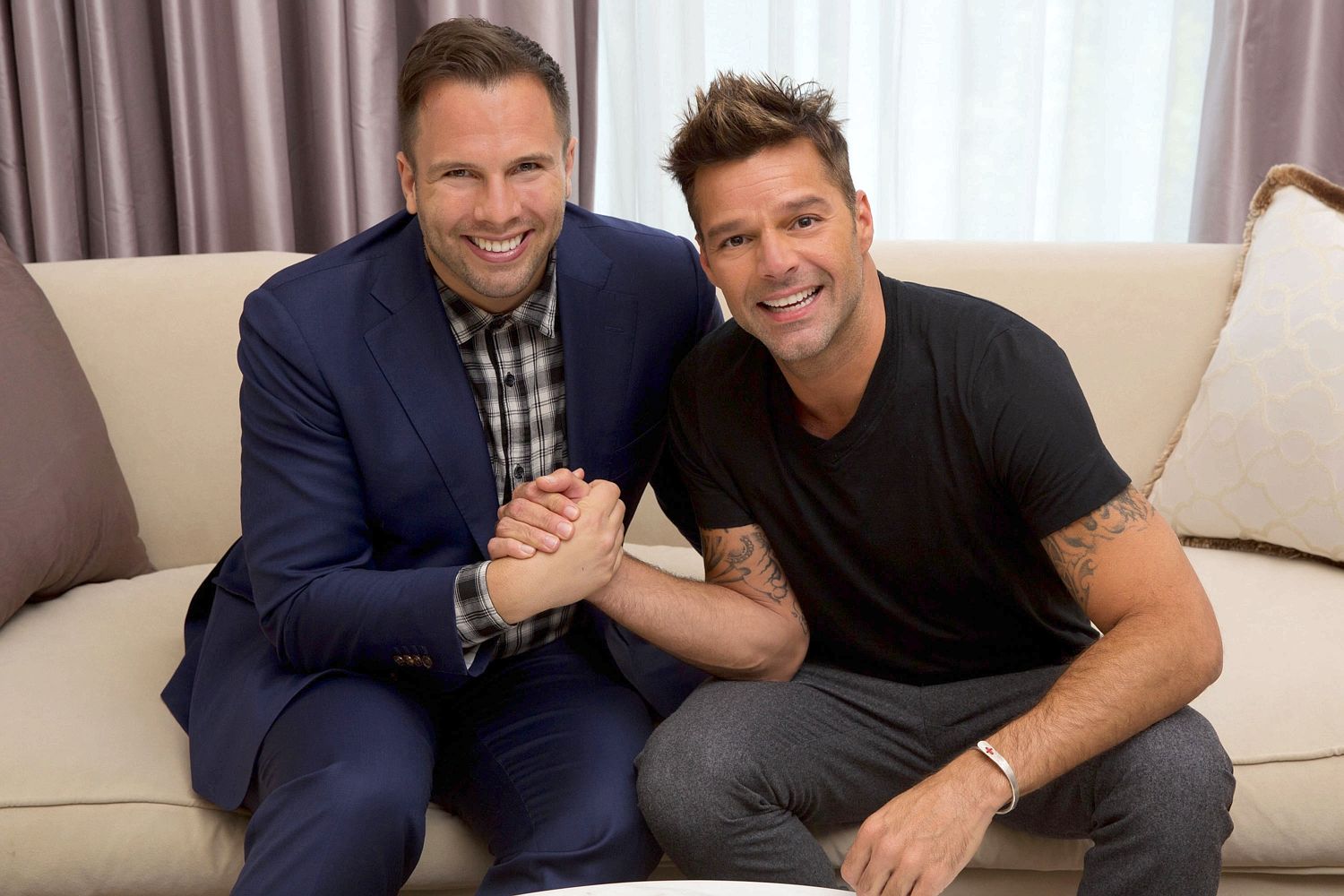 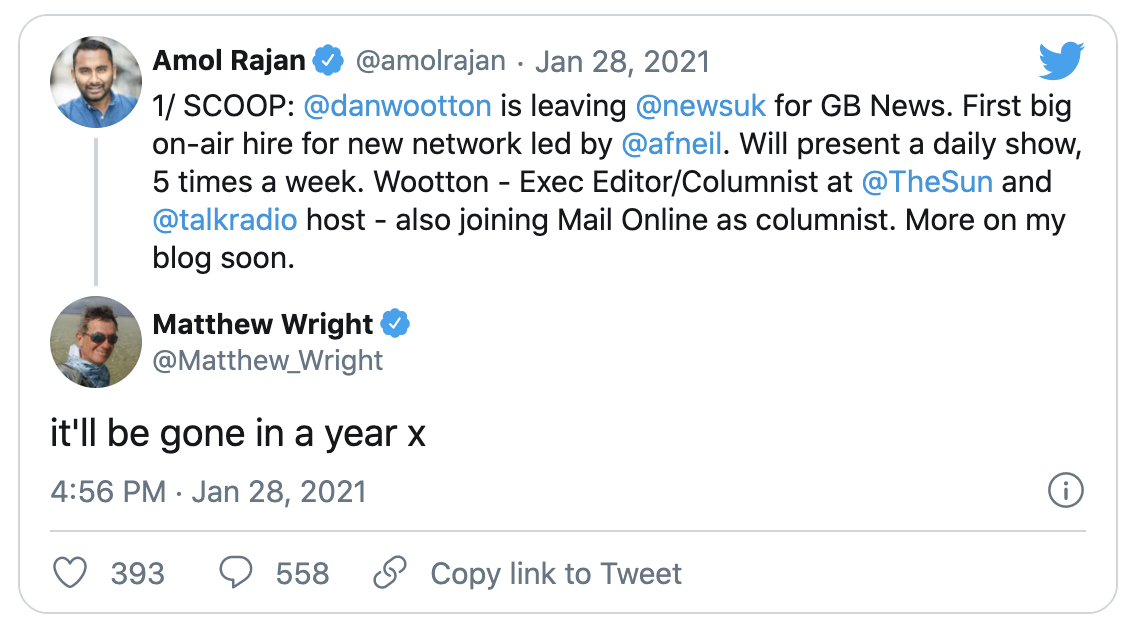 Wottoon said in an official statement:”After seven life-changing years at The Sun and, more recently, talkRADIO, I have made the very tough decision to leave News UK. Later this year, I’m joining the on air team of GB News and MailOnline as a columnist. And I’ll still break scoops too, of course!”

“The opportunity to join [Andrew Neil] at GB News was too good to pass up. I feel passionately about GB News’ bold vision to bring a fresh approach to television news and debate that embraces all voices and opinions across Britain.” 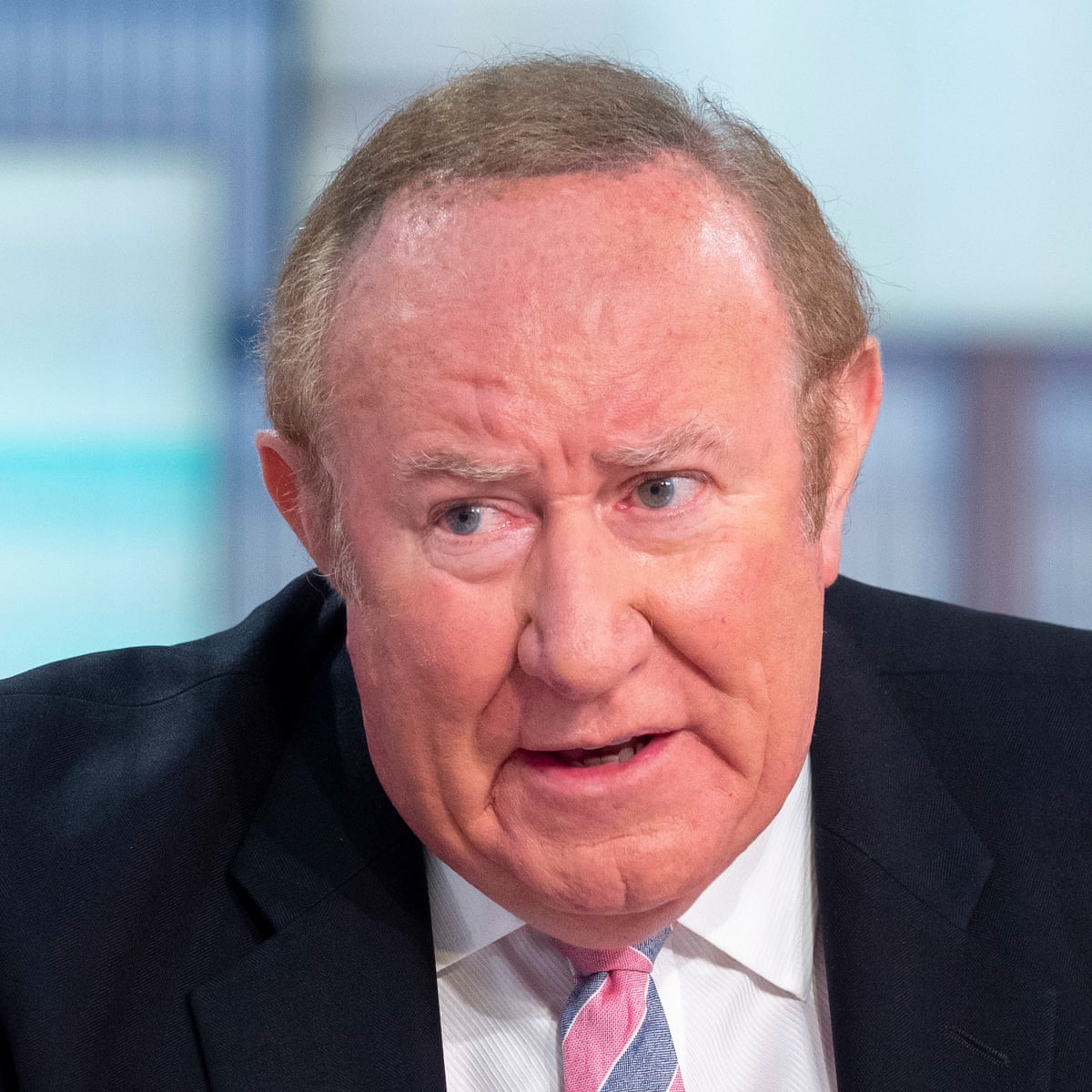 However, it later turned out Wright quit the show after a row over transgender issues being debated on the show. 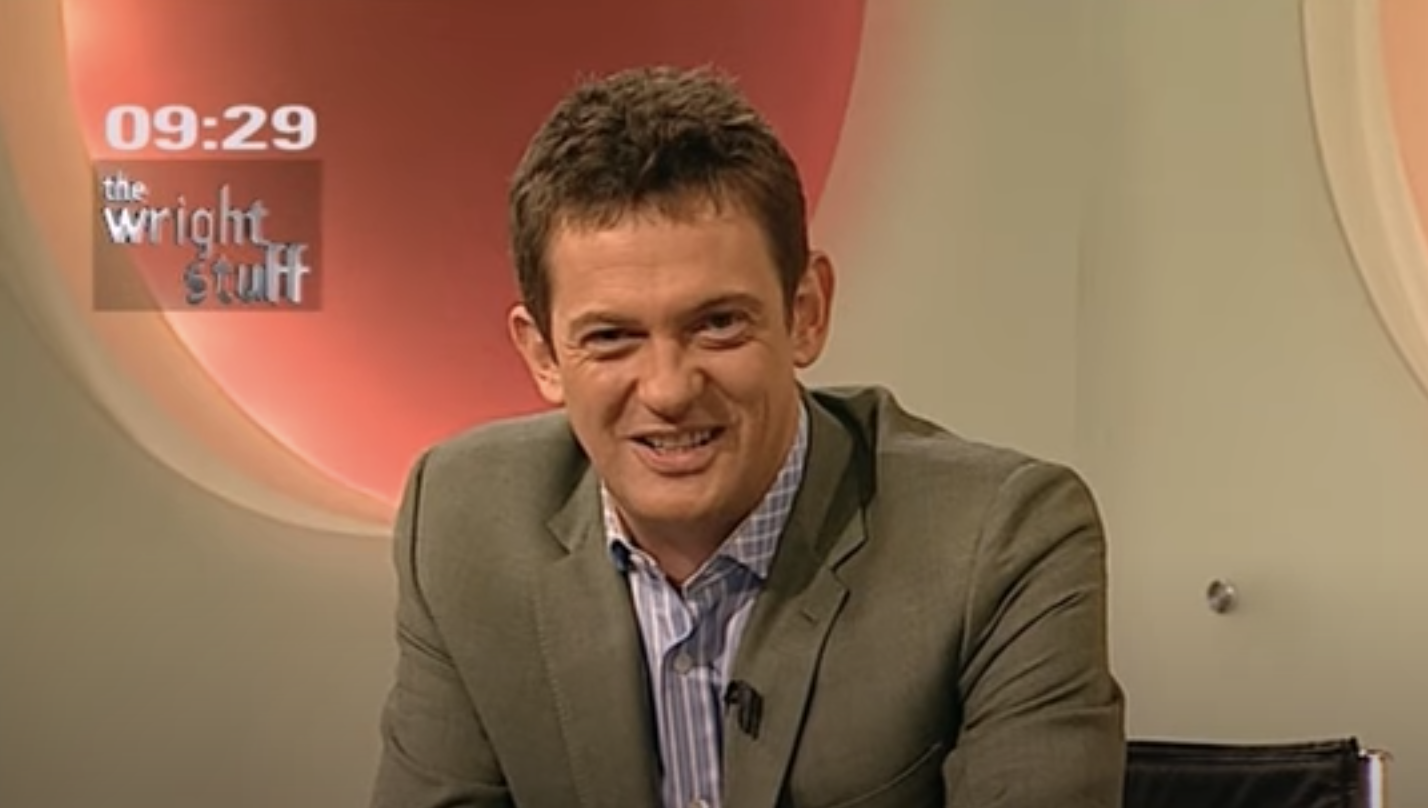 A show source told The Sun: “Matthew had enough… he wanted out. 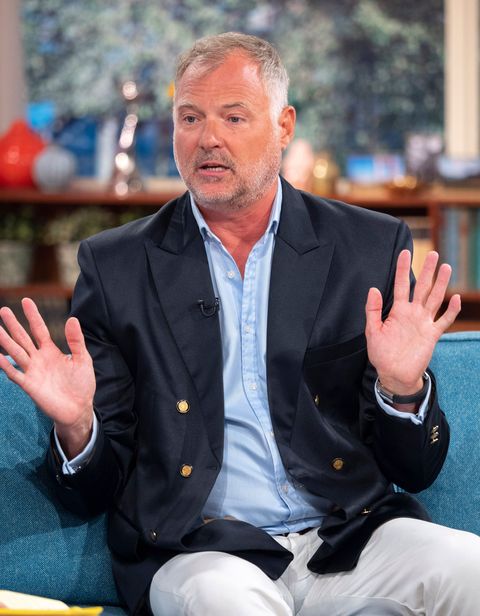 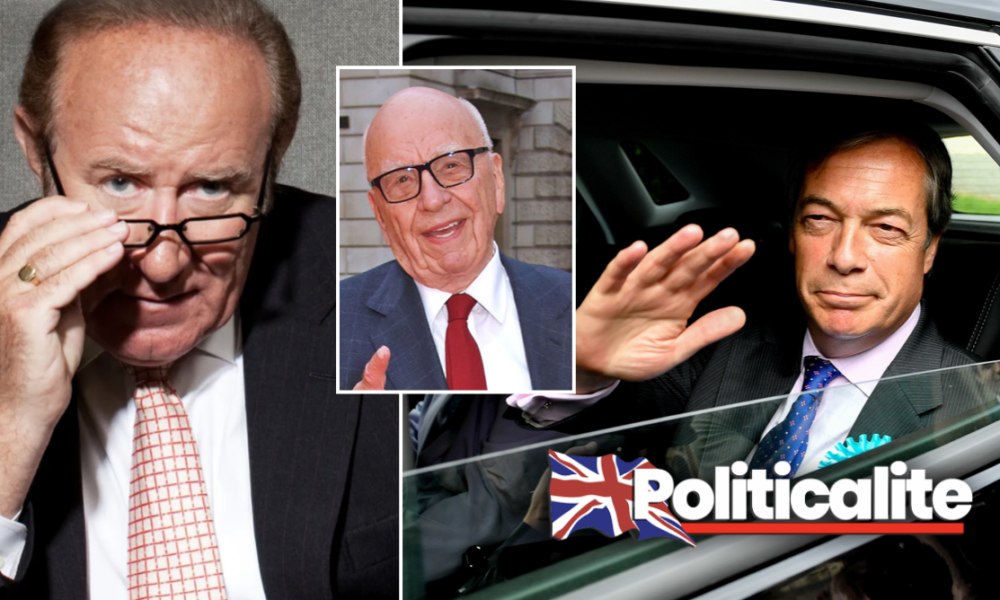 POLITICALITE revealed on Friday night that GB News would be available on Freeview, Sky and Virgin, the channel later revealed its deal with a carrier to reach a staggering 96% of British homes.

The network will also have hot social and digital content and will be fronted by ex-BBC veteran Andrew Neil, who is calling for “disruptors and innovators” to help GB “reshape television and digital news”.

Of course it will!