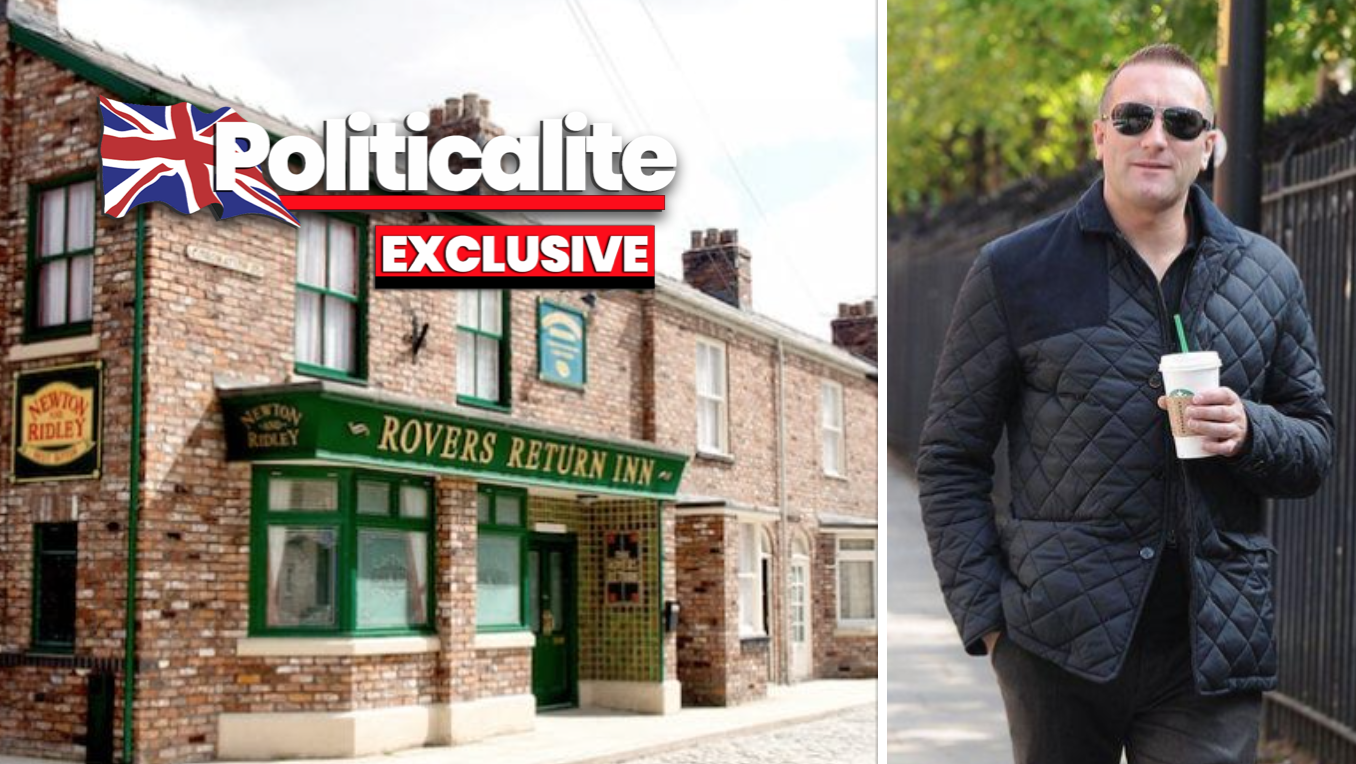 Phil Collinson – who was born in Leeds (a city that elected TWO Tory MPs) and is a working-class lad himself, produced Coronation Street from 2010-2013 and was behind the famous ‘Tram Crash’ and the ‘sexing up’ of the dreary soap.

He took to Facebook to slam the “stupid working class voters” viewers who tuned in to Corrie and made him the success he is.

Collinson who has also worked on TV hits such as Queer as Folk, Peak Practice and Doctor Who wrote: “I’m done ! Hard Brexit . Bring it on. Make Kent a car park . Serves all those stupid working class voters right who believe Boris and his mates!! 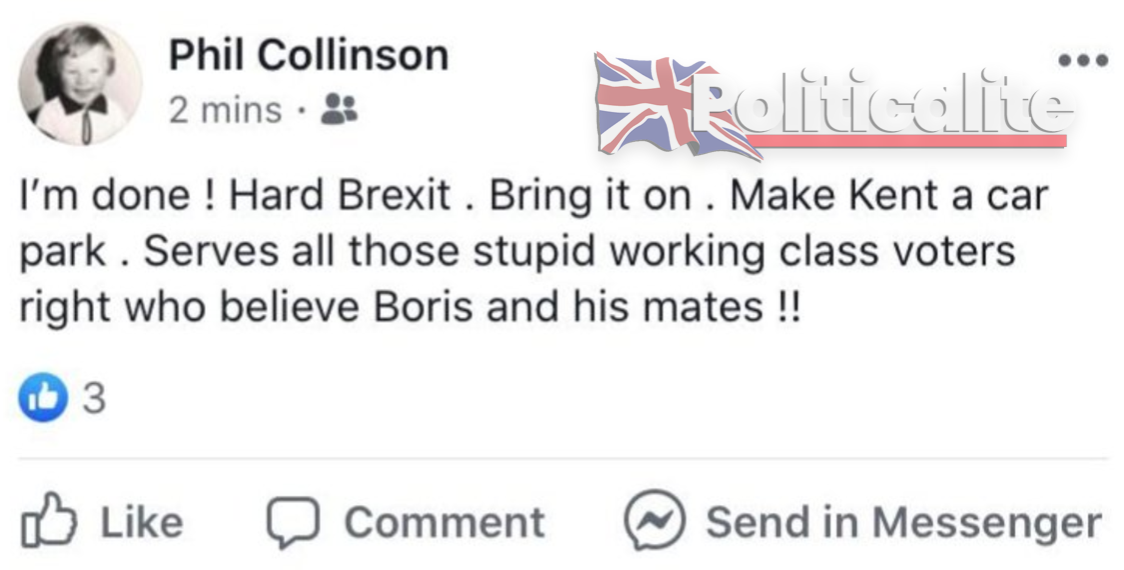 Collinson, who is gay, also tried to claim that Doctor Who was ‘A-Sexual’ in a 2007 interview.

He revealed: “For me, as a young boy and a teenager, growing up in the north of England, in a world where I could never imagine being a gay man, let alone settling down and finding someone, I think Doctor Who was really asexual.” 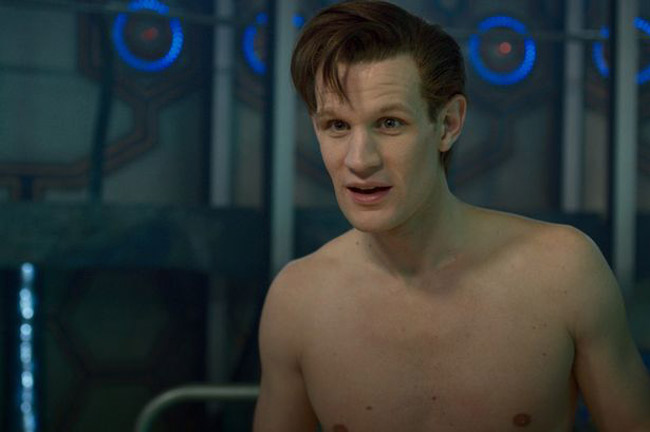 He was slammed online with Tim Dawson writing: “How dare he? This is why the Left lost. And why it’s time to review both the BBC & our wider cultural landscape.” 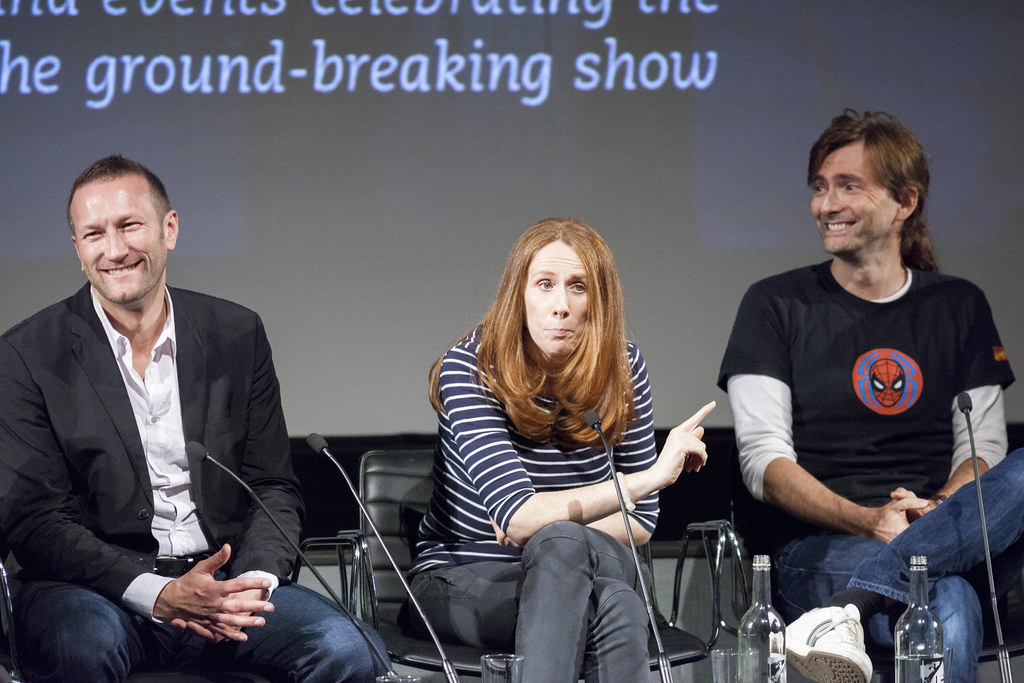 BBC luvvie Collinson, who worked on the corporations sci-fi drama Doctor Who from 2005-2008 faced calls for the axing of the licence fee following his remarks.

Phil Collinson is a very senior TV Producer: of Doctor Who & Coronation Street.

This is why the Left lost. And why it’s time to review both the BBC & our wider cultural landscape.

We pay for them. They should reflect us. pic.twitter.com/uT3MA7nfTb

One wrote: “The Luvvies only love Luvvies Time we stopped their gravy train Privatise the BBC.”

Barry Norris tweeted: “This is why the BBC licence fee needs to be scrapped. It engenders this institutional elitism and arrogance.”

This is why the BBC licence fee needs to be scrapped. It engenders this institutional elitism and arrogance

While another added: “Hear hear. These people are arrogant, out-of-touch and patronising. Ignore the people of Redcar, Bolsover & Blyth and they will ignore you. You can’t win a general election without the working class.