PRINCE Harry may have slammed Social Media recently for being more addictive than alcohol or drugs, but that didn’t stop one enterprising DJ from using a recent Royal Visit by Prince Charles to promote a bounce music event, with hilarious results.

Yanis Gorak, a DJ from Chorley, Lancashire gave the internet a laugh after using a recent royal visit by Prince Charles to promote a DONK event, sparking a hilarious reaction online.

The Facebook post said: ” OMG!! Prince Charles is over there!! What an opportunity to…. PROMOTE A DONK EVENT!!” 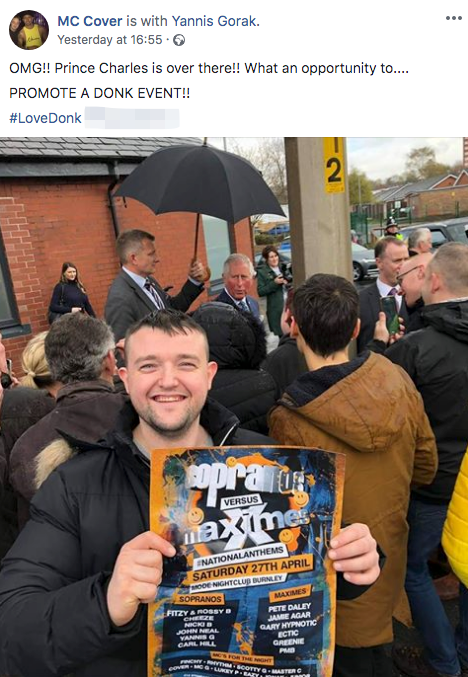 One user claimed Prince Charles had a ‘bass face coming on,’ and another suggested the Future King of England should have ‘got on de mic’.. yes, really. 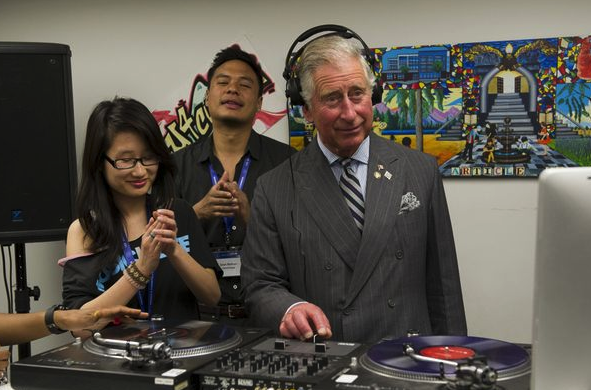 If you’re wondering what the hell donk is – don’t worry, you’re not alone.

Donk is a phenomenon that was born in working-class Nothern England, particularly Bolton during the late 2000s, it reached a peak in mid-2008 when ‘The Blackout Crew’ had a hit with ‘Put A Donk On It’, that reached number 91 in the charts.

Yannis Gorak, 27 who was promoting the upcoming Sopranos Vs Maximes event when he bumped into the Prince, told Politicalite “I was postering in Wigan, we walked past the Wigan Theatre & Prince Charles walked out in the rain, so I got out the poster to shield him.” 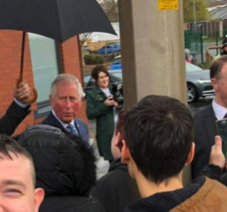 Gorak added that he “didn’t ask for any of this fame”.