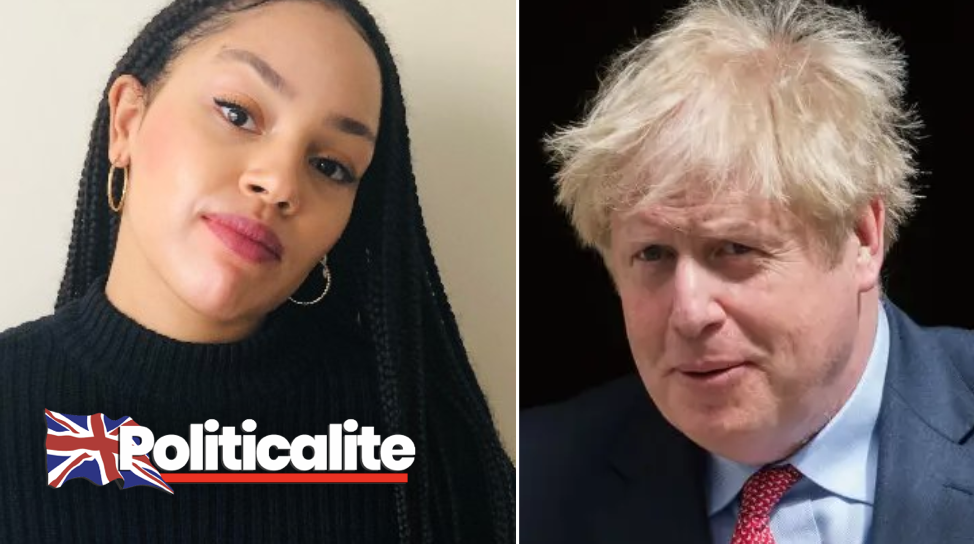 AN Anti-Boris BBC Journalist and her Establishment cronies tried to smear Politicalite as ‘racist’ following revelations of bias.

Rianna Croxford who was employed by the BBC in 2018 shared biased an anti-Boris political messages on Twitter in 2017.

Politicalite used a photo of Ms Croxford and also one of her friend – a barrister who tried to claim Politicalite – despite being owned and edited by a mixed-race man as “racist” for using the wrong picture.

Alex Wilson took to Twitter and wrote: “Would absolutely LOVE to know why ‘politicalite’ have used a picture of me in an article attacking one of my best friends @The_Crox“

” We’re both mixed race women who wear yellow… but there’s a serious problem when you can’t tell the difference between us!”

We’re both mixed race women who wear yellow… but there’s a serious problem when you can’t tell the difference between us! pic.twitter.com/lkd9EPnCMd 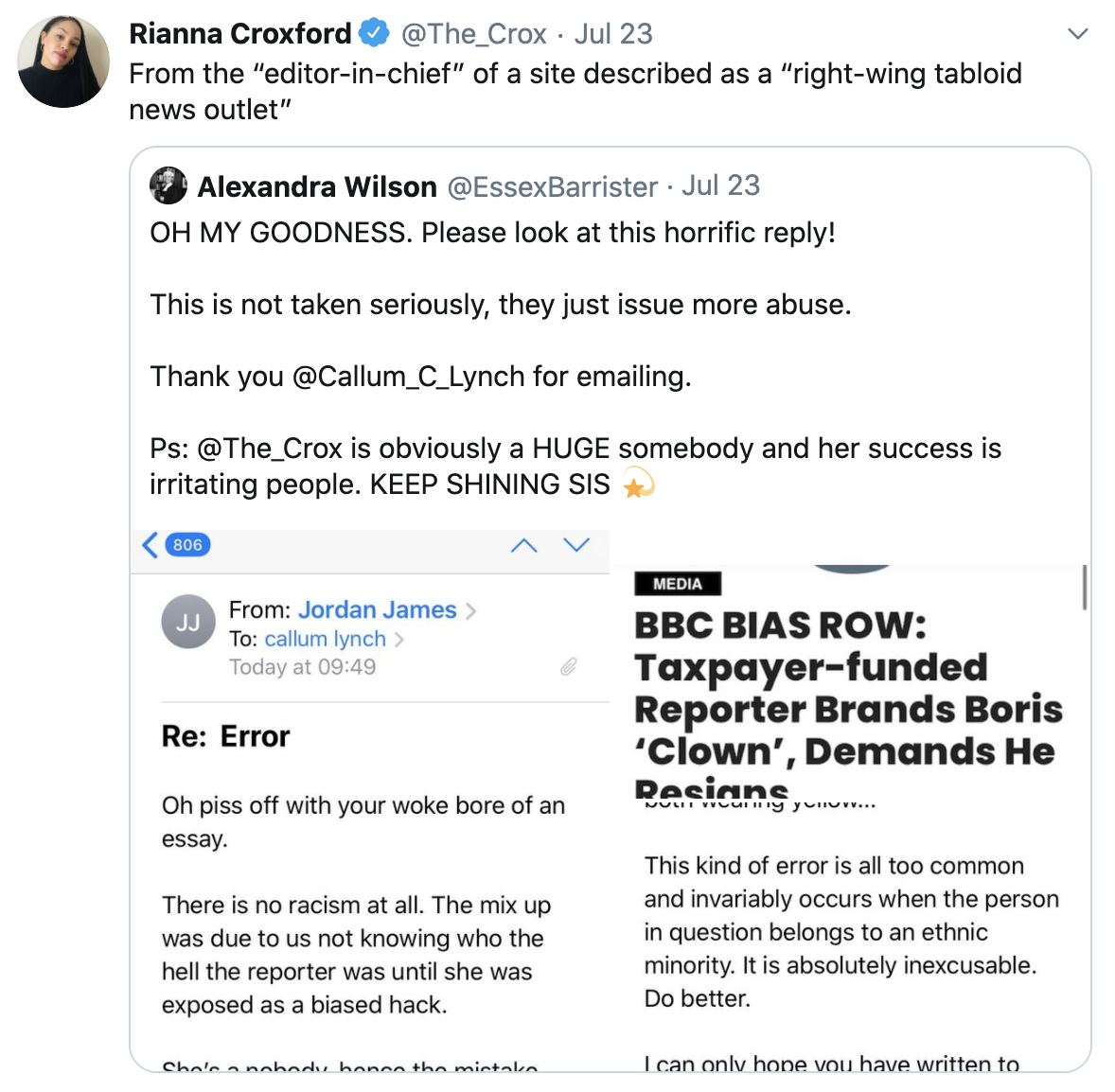 The group then responded with a smear campaign claiming editor Jordan James was ‘racist’ for reporting on claims of bias at the publicly funded corporation.

The BBC is under heavy fire after dozens of BBC journalists share thier political opinions online, despite the publicly funded corporation being bound by laws to remain impartial.

The BBC, who force Brits to pay a whoppiong £157 a year to watch the corporations output has recently forced over-75s to pay for biased news and services.

In 2017 Croxford criticised Labour MPs for resigning and “slating the party in the process”.

In a separate post, she seemed to celebrate “major Labour gains” in that year’s election calling them “unbelievable”.

In one tweet from May 2017, she wrote: “Boris Johnson on #mayvscorbyn tonight was an embarrassment – can’t believe he’s our foreign secretary.”

The following month she tweeted: “Oh Jeremy Corbyn has been chanted at the end of every May Ball this week.”

In June that year she wrote: “Why blame the Tory spin advisers?

“No amount of spin would have saved their dire manifesto policies: Dementia tax, fox-hunting, unpaid leave.”\

Andrew Rosindell, Conservative MP for Romford, said when someone has made such “blatant political points”, it was very hard for “people not of that political view” to have trust.

He added that the BBC needed to “pick people that are more neutral in their politics” to gain respect and trust.