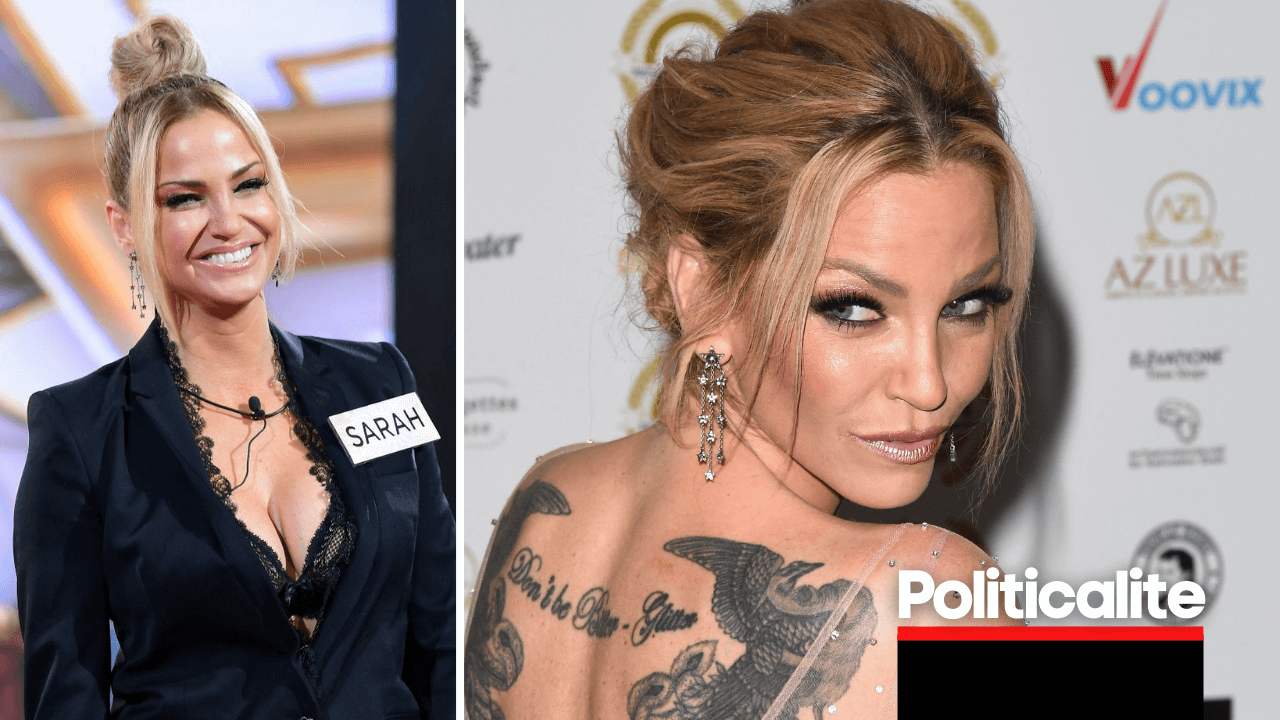 GIRLS Aloud star Sarah Harding has died at the age of 39 after suffering from cancer.

The singer revealed last August that she had been diagnosed with breast cancer, which had spread to other parts of her body.

Her mother Marie announced the death on Instagram and described her “beautiful” daughter as “a bright shining star”.

The caption under the black and white image of Harding smiling said: “It’s with deep heartbreak that today I’m sharing the news that my beautiful daughter Sarah has sadly passed away.

“Many of you will know of Sarah’s battle with cancer and that she fought so strongly from her diagnosis until her last day. She slipped away peacefully this morning.

“I’d like to thank everyone for their kind support over the past year.

“It meant the world to Sarah and it gave her great strength and comfort to know she was loved.

“I know she won’t want to be remembered for her fight against this terrible disease – she was a bright shining star and I hope that’s how she can be remembered instead. – Marie x”

Tributes have been paid to Harding from pop stars and TV personalities.

Her Girls Aloud bandmate Nadine Coyle said on Instagram that she is “absolutely devastated” by the news.

She added: “I can’t think of words that could possibly express how I feel about this girl & what she means to me!! I know so many of you will be feeling this way. For now I’m sending so much love to you!!!”

Music manager Louis Walsh, who helped create the group on ITV show Popstars: The Rivals in 2002, said he would remember Harding with “great fondness”.

In a statement, he said: “It’s just sad she has gone too young. She was always fun and the life and soul of the party.

“Anytime she came to Dublin in the early days we went out to the Pod nightclub and would be the last to leave.

“It’s just so unfair, I was hoping she was getting better. She was fun and loved music, dancing and life. I will remember her with great fondness.”

Geri Horner of the Spice Girls, who was also a judge on The Rivals, wrote on Twitter: “Rest in peace, Sarah Harding. You’ll be remembered for the light and joy you brought to the world.”

Former Spandau Ballet member, Martin Kemp, tweeted: “Sarah Harding so sad, my heart goes out to all your friends and family and all your fans.”

Former Big Brother host, Davina McCall, wrote: “So so sad to hear about Sarah … a star from the get go, hugely fun and outgoing yet also somehow fragile … love to her family and friends.”

Reality TV star Calum Best spoke of the “crazy fun times and adventures” he had with Harding.
He said on Twitter: “Jesus this one hits home, so damn sad, so young.”

“I hope u rest In peace Sarah we had some crazy fun times and adventures.”

“U will be so very missed. Sending so much love to ur mom.”

His post was accompanied by three pictures of him alongside Harding.

Jesus this one hits home , so damn sad, so young. I hope u rest In peace Sarah we had some crazy fun times and adventures . U will be so very missed . Sending so much love to ur mom ❤️❤️❤️

Earlier this year, Harding said she was told by a doctor she will probably not be alive next Christmas.

In an extract of her memoir, titled Hear Me Out, which was published in The Times, Harding wrote: “In December my doctor told me that the upcoming Christmas would probably be my last.

“I don’t want an exact prognosis. I don’t know why anyone would want that.

“Comfort and being as pain-free as possible is what’s important to me now.”

Harding said she is “trying to live and enjoy every second of my life, however long it might be”.

“I am having a glass of wine or two during all this, because it helps me relax,” she added.

“I’m sure some people might think that’s not a great idea, but I want to try to enjoy myself.

“I’m at a stage now where I don’t know how many months I have left.

“Who knows, maybe I’ll surprise everyone, but that’s how I’m looking at things.”

Harding said publicly revealing her diagnosis was “scary” but was also “the right thing to do”.

She said the support she has received has been “incredible”, adding: “I’ve been inundated with lovely messages from my fans. I’m grateful beyond words for that.”

Harding found fame with Girls Aloud which were formed on ITV’s Popstars: The Rivals in 2002.