TO OUTSIDERS, the sorts of traditions that we embrace and enjoy in Britain may seem completely perplexing. Even the national game of cricket seems designed to befuddle and confuse the uninitiated with its strange rules, odd terminology and the ability to last for up to five days without either team winning or losing.

But these traditions have long been woven into the very fabric of British life and help to make this country the unique place that it is today.

However, just because something’s always been a tradition, there’s nothing to say that it will be one that will always stand the test of time. Changing lifestyles and circumstances can see some disappear altogether. So, it’s up to the determined Brits to keep many of our quintessential customs and traditions alive. There are plenty of examples of ones that have been on the brink of extinction before being revived and, in some cases, coming back even stronger than before. Here are just four examples of this very welcome phenomenon.

Imagine the scene. It’s a Spring Bank Holiday Monday in the glorious countryside of Gloucestershire. The sun is shining, the memories of winter are falling away. What could be a better way to mark the occasion than by chasing a whole Double Gloucester cheese down a hill so steep that it can reach 70 mph? Because that’s exactly what countless people do each year in the hope of being the first down the hill and winning the 9lb cheese for themselves.

The origins of the tradition are open to debate. Some say that it’s a way to maintain common grazing rights over the hill, others that it goes back to pagan times and is intended to bring on a fertile growing season in this very agricultural area.

The earliest records of the event go back as far as 1826 but the increasing number of injuries suffered by participants reached such a level that in 2009 it was cancelled on health and safety grounds. But so popular was the tradition that it was revived a year later, unmanaged and with all the human rollers taking part entirely at their own risk. 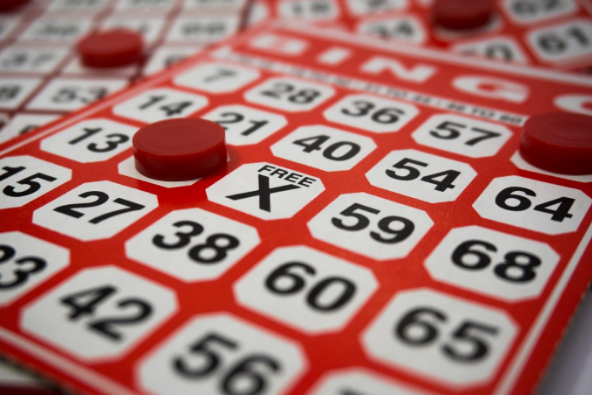 There once was a time when almost every town in the country had at least one bingo hall, and often many more than that. It was almost an institution that while the men headed for the pub, their womenfolk would go to the bingo with the prospect of a few drinks, a laugh with friends and, with luck, a cash prize too. Although the game had been invented in America in the 1930s and called Beano to begin with, by the 1950s it was firmly established in the UK.

Before long a whole culture had grown up around it with names for the numbers like the classic “all on its own, number 1!” and “clickety clicks, 66” with the flamboyant bingo caller acting as master of ceremonies. But then, people became more sophisticated, the age-old gender divide began to dissolve – and the bingo halls started to close down one by one.

But then along came online bingo to bring the game thrillingly back to life. With all the fun, excitement and sociability of the real thing, but available 24/7 and with some truly massive prizes, once again the nation’s in the grip of bingo fever.

Ah, tea. The great British cure for all ills, not to mention being the only social lubricant that’s needed for most situations. There are even countless popular songs featuring it as a subject so it’s fair to say it’s a national obsession. And the ultimate British ceremony to celebrate the refreshing drink must surely be Afternoon Tea.

In the past, while other nationalities were enjoying an afternoon siesta in the shade Britons all over the world were eagerly awaiting 4pm. That was when the afternoon was going to be neatly broken up by a meal to see them through from lunchtime till supper. But it wasn’t just about the tea. There would be cakes buns and biscuits too.

Unfortunately, times changed, and work got in the way. You just couldn’t spare the time to down tools for half an hour for a cuppa. It seemed like afternoon tea had gone forever.

Luckily, though, it’s been re-born as a luxury experience with plush hotels like The Ritz offering it to guests and visitors alike. There are even places like Yorkshire’s legendary Betty’s where you often have to queue for your cup of Earl Grey and cake-stand full of fancies. Afternoon Tea is definitively back on the menu.

The Spanish have flamenco, the Argentinians have the tango. Here in Britain we have . . . Morris Dancing. Visit almost any village pub on a summer’s afternoon and you have a very good chance of bumping into a troop of merry Morris men, and sometimes even Morris women. Don’t worry, you’ll hear them coming thanks to the bells on their ankles.

Morris Dancing is firmly entwined in the folklore of the UK and there are even refences to the activity as far back as the 13th century. There are countless different varieties of the style all across the UK although most dances have a common theme linked to hoping for a good growing season for farmers.

Over the centuries it has thrived as an activity but in 2009 the Morris Ring, a Southern-based umbrella group for the activity, made public its fears that young people were no longer joining groups.

Fortunately, it appears that their fears were unfounded, and the Morris dancing tradition continues to thrive.

So, there you have them, four examples of what makes Britain unique, and uniquely proud of its heritage. And, as we head forward to what looks like it may become a more inward-looking future, maybe we can expect to see even more of our traditions being revived – but only time will tell.