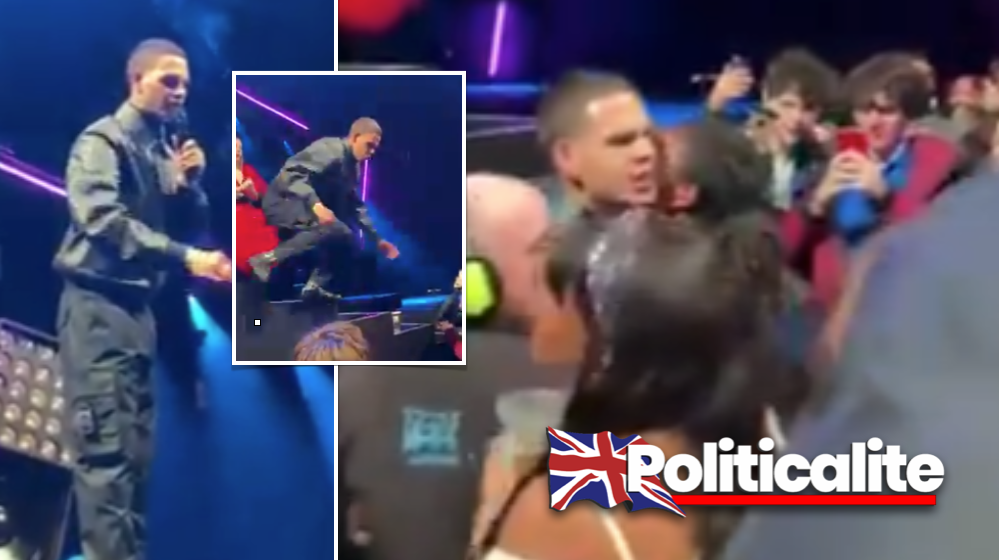 BRITAIN’s baddest new MC caused absolute chaos last night after he started a literal mass-brawl at London’s NME awards after being branded a ‘Mysoginist’ by a woke liberal.

Fresh Rapper Slowthai was awarded the ‘Hero Of The Year’ award at the glitzy bash, and he brought back some much needed rock and roll to the predictable leftie Awards scene, but as he was making his acceptance speech, the London-born rapper hit back after he was interrupted and branded a ‘misogynist’ by a rude woke audience member. 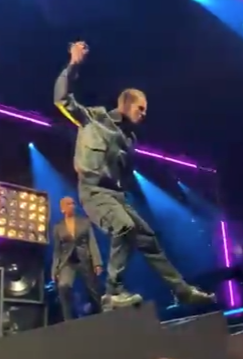 Slowthai, real name Tyron Kaymone Frampton is Britian’s freshest new MC, he goes by Slowthai because he used to slur and mumble, so his friends would call him Slow Ty. 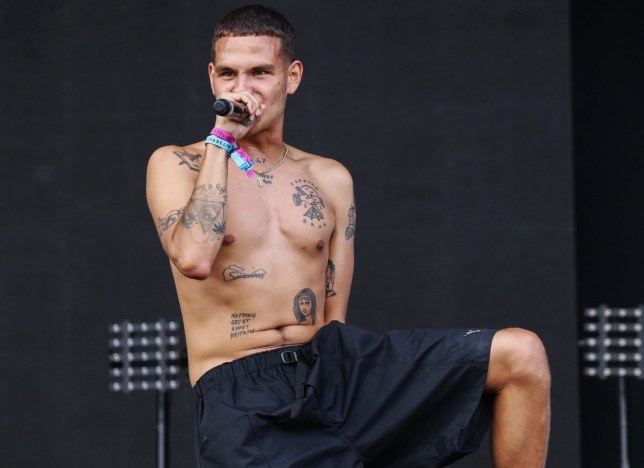 He’s not mumbling anymore, after being branded ‘mysoginistic’ for fliriting with showhost Katherine Ryan, he hit back.

He responded: “Thank you for ruining my speech, thank you very much. Wasteman.” before throwing his microphone in the crowd. 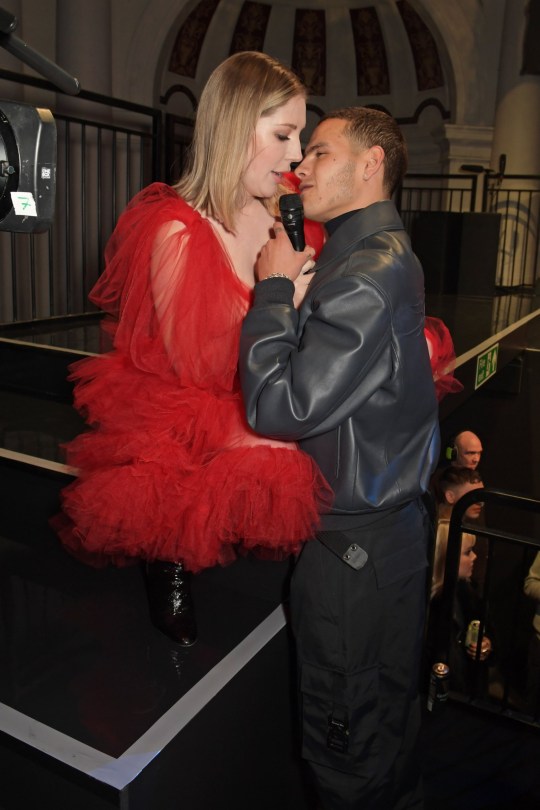 An unknown crowd member threw the mic back and he let loose by throwing a glass of champagne into the audience before jumping down and appearing to ‘kick off’ before being restrained by event security. Awards host Katherine Ryan attempted to calm the situation to no avail. 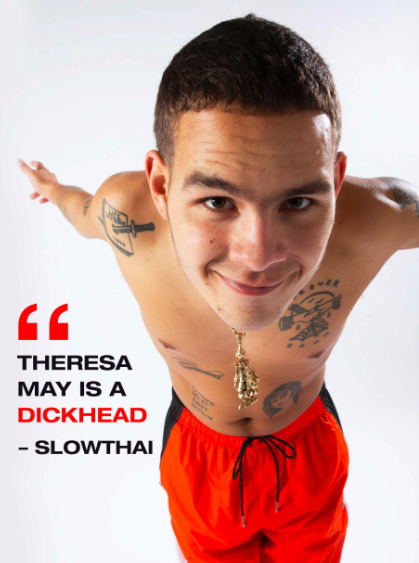 RIGHT ON! We can all agree with the rappers views on former PM Theresa May

An insider said: “Slowthai just had a bit of a fight with an audience member.”

“They cut the screens when it happened. He was in the pit. It was a bit dramatic.”