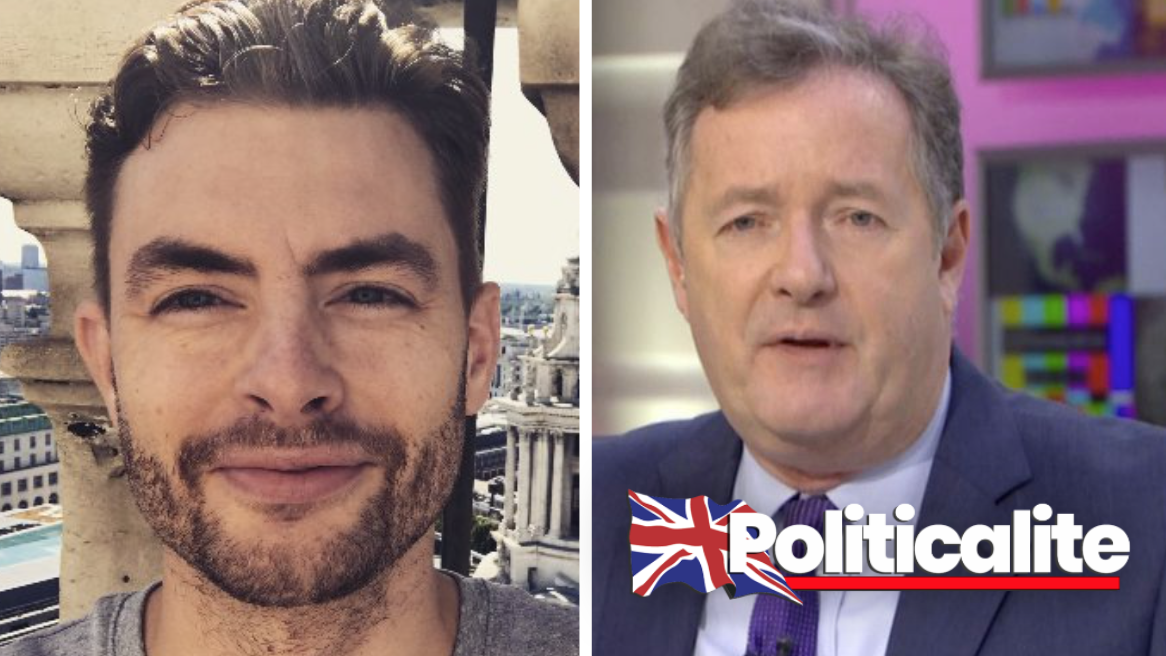 Morgan has been facing fierce criticism from Populists, Brexiteers and right-wingers after the so-called “Man of the People” attacked President Trump over his response to Coronavirus Pandemic, despite the Pandemic being worsened by China’s cover-up of the outbreak in Wuhan.

His latest psychotic episode came when the ITV anchor told his friend, President Donald Trump to “Shut The F**k Up” writing a hitjob on the hugely popular leader of the free world. 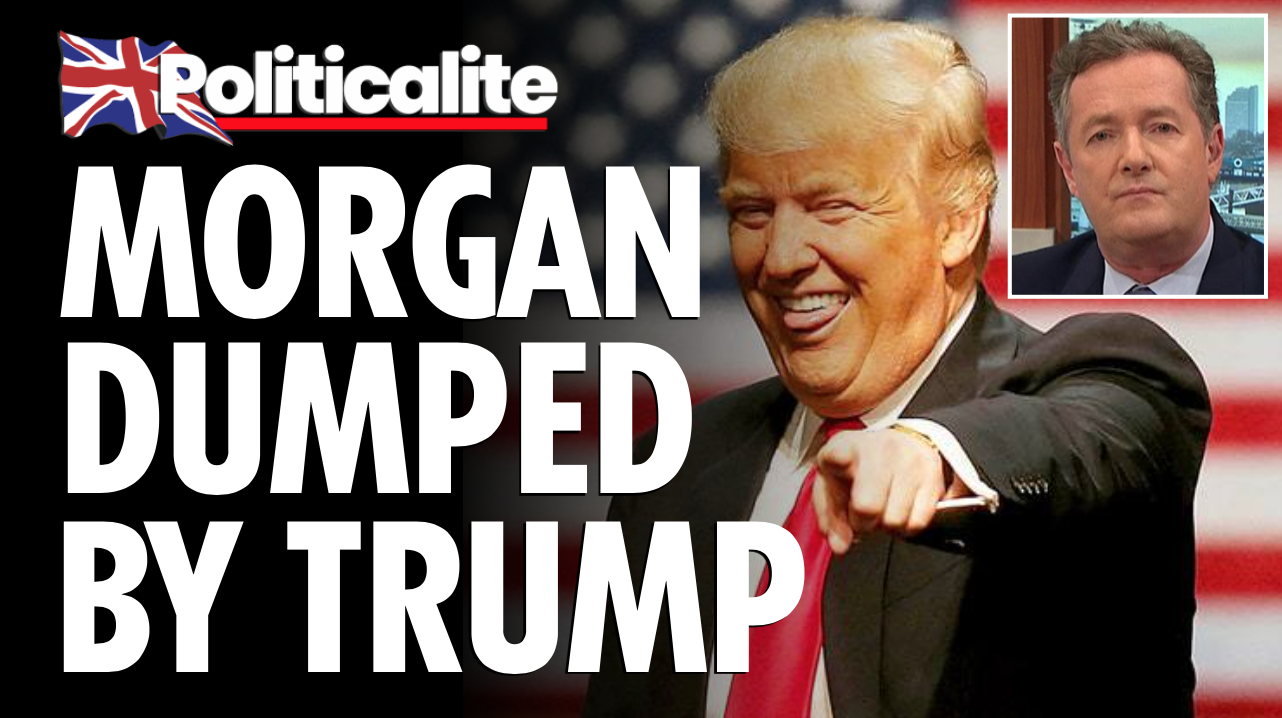 Paul Joseph Watson summed up the feelings of millions of angry people who Piers used to speak up for.

He launched a tirade at the leftie hack who was fired as Editor of the Daily Mirror after publishing fake images of British troops attacking Iraqi prisoners.

“Your entire career is based around pretending to be annoyed by anything, including vegan fucking sausage rolls.” 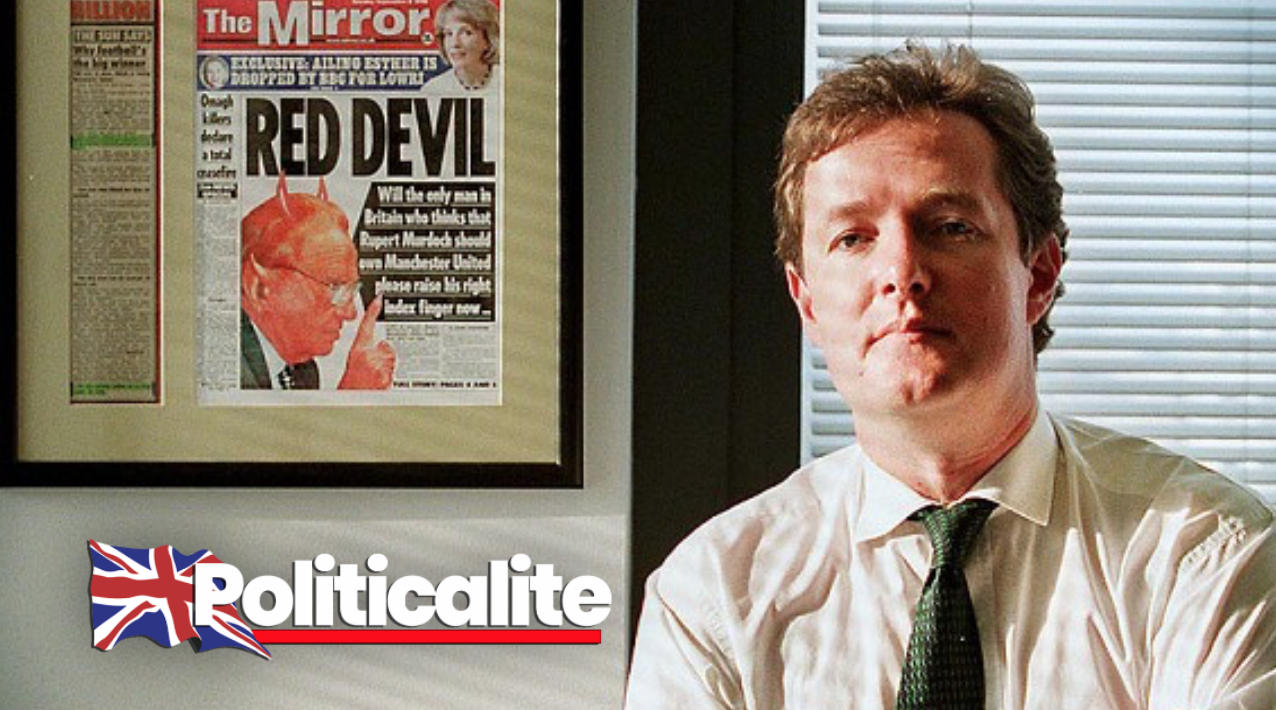 “The fact that you’re now our de facto Prime Minister is cringe and actually dangerous. You’re a fucking fraud. Shut up.”

Your entire career is based around pretending to be annoyed by anything, including vegan fucking sausage rolls.

The fact that you’re now our de facto Prime Minister is cringe and actually dangerous.

“I know that you don’t actually care about anything and are just pretending to be controversial because you’re a fame whore. You need to retire. I see right through you, you inauthentic cunt.”

“Can you imagine the smug look on his face as he applauds the NHS every week. Well done, Piers, you’ve destroyed everything. Cancer victims, stroke victims, heart attack victims are all dying in greater numbers than COVID because of your incessant fucking cringe. Fuck off.”

“Sorry, just felt I needed to get this off my chest.” added People’s hero Paul.

This fucking coward quote tweets me after blocking me.

Because he's scared of me being in his mentions.

Also he's scared that I am younger and way more handsome.

Also he's scared that I'm way more authentic than him.

“After digitally knocking out the King of Fake News, The People’s Paul Watson continued: “This fraud pretends to be the voice of Anti-woke Britain, when his newspaper published a totally fake story about British troops pissing on Iraqis. You just need attention like a fucking teenage girl. You’re not the real opposition. Please shut the fuck up, you corny boomer.”

“Also, you’re a fucking coward and won’t respond to this tweet, even though I get way more traction than you despite you having 10 times more followers, because I’m younger and more attractive. And you’re a sellout little bitch who needs to repent for your limitless cringe.”

“Also, wearing a mask doesn’t make you part of the “elite” health care sector. No matter how much you applaud the NHS, your lives are still inherently fraudulent and worthless until you watch all my videos and agree with them 500 per cent.” 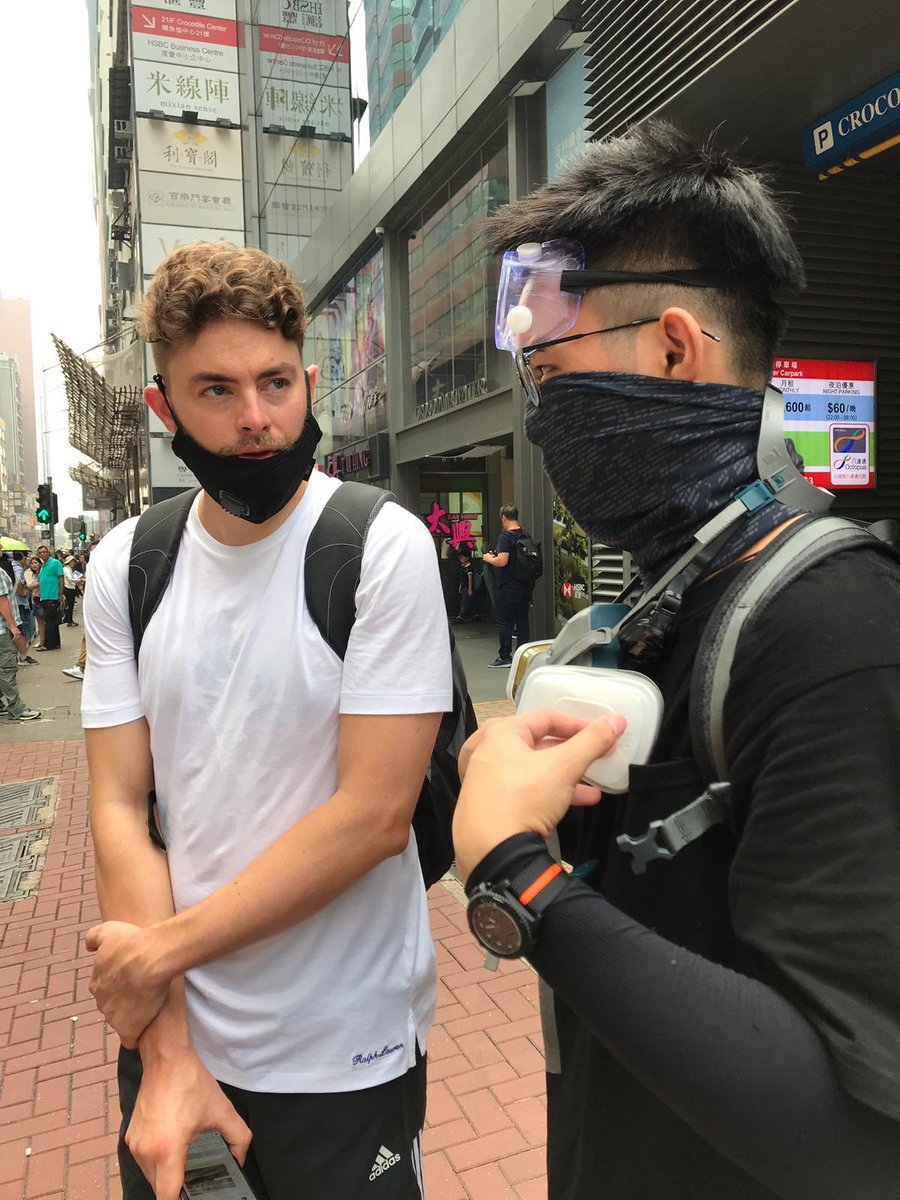 “Like seriously, if you’re that paranoid, don’t leave your fucking house. “Oh look at me, I’m obeying the law and you need to see that I am.” Fuck off, you insufferable cog.”

“Unless you’re actually at risk from COVID, if you’re wearing a mask you’re doing it for clout and to feel better than everyone else. I see right through you. Stop being a twat.”

“Given all this, I am relaxed about your dislike for me. In fact, I crave your disapproval. Now f*ck off .” 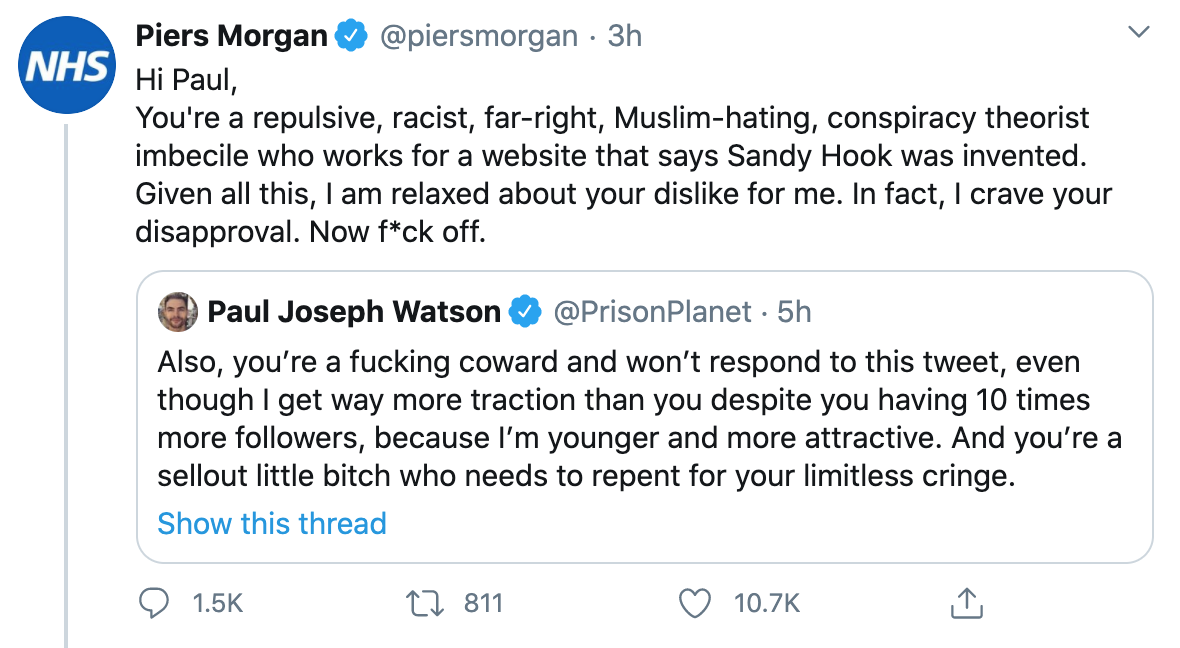 “If this bitch was authentic, he would snipe back at me. I don’t give a shit. I will snipe back at someone with zero followers or 10 million followers. This fraud hides behind his block because he is a pussy and does not believe what he says.”

“This was a test. If Piers was authentic, he would have defended himself. He pussied out. I’m disappointed in him. And he needs to hang his head in shame. Because he is cringe and cliched and boring.”

“I’m so tired of this cringe loser sellout dominating the headlines in the UK every day. I respect his hustle. But it’s such low hanging fruit basic bitch stuff. Piers fears me. Not because I’m even that smart, but because I at least try to be authentic, unlike this nobhead.”

“They will never allow a real opposition to shift the Overton Window. The only thing they will allow is fake, compromising, sellout fame whore bitches like Piers Morgan. Because he is not a threat to their narrative. An absolute fucking disgrace.”

“I don’t get it. We are all going to die. These people are going to die in shame, having sold out and compromised their entire lives. For what? You lived your entire life as a bitch and now you die as a bitch. Well done.”

“I mean even left wing people, if they believe all that shit and go down with it, fair enough. But if your sole aim is to get clout and attention and some ghostwritten boring book, fuck off. What do you leave behind apart from endless fucking cringe?”

Watson later added: “Unless Piers Morgan apologizes to me, privately or publicly, within the next 24 hours, for me being more intelligent, younger, & (definitely) more handsome, I’m doing a video tearing his stupidity down and preventing him from becoming the new de facto Prime Minister of Britain.” 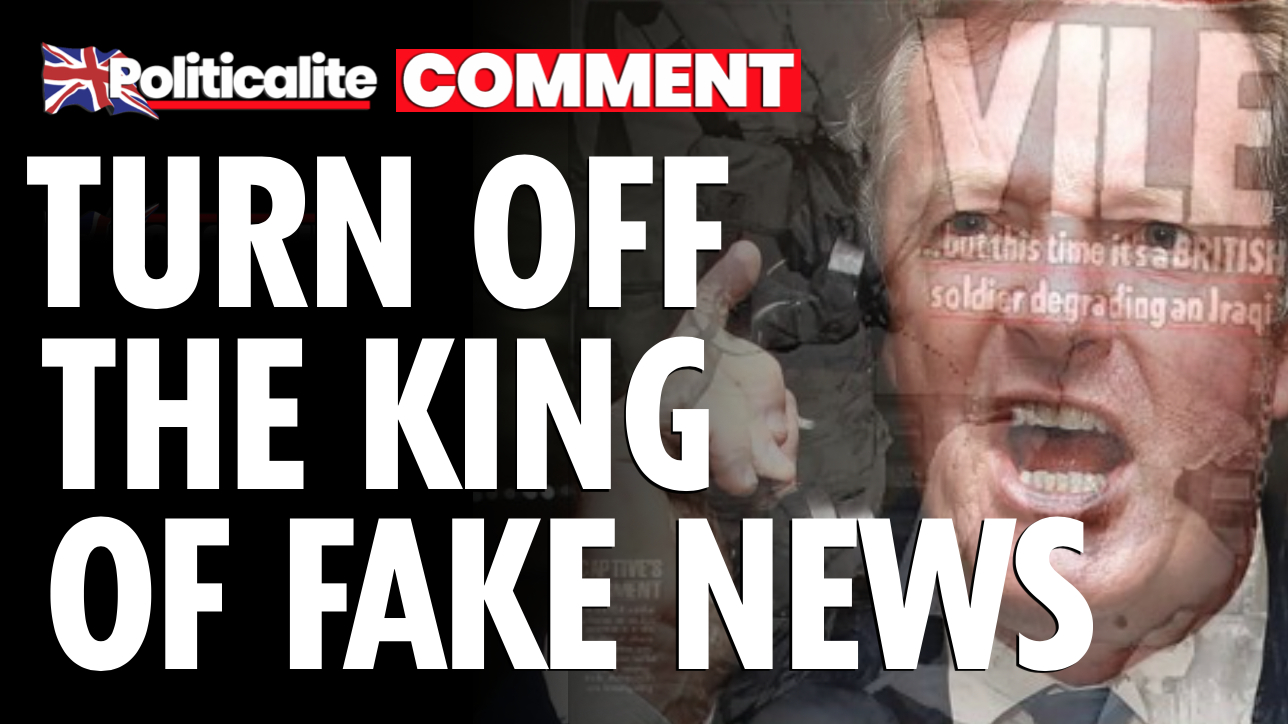