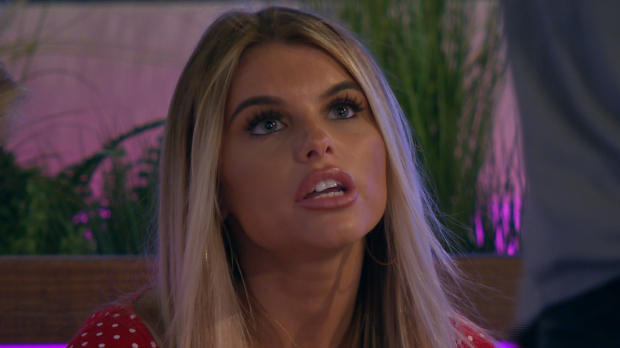 THE CLIP of the Love Islanders discussing Brexit was a true comedy gold classic. One, in particular, Hayley Hughes, didn’t get off to a flying start as she didn’t even know what Brexit was.

She then infamously asked, “Does that mean we won’t have any trees”? She was unsurprisingly mauled on every social media channel known to mankind.

In her slight defence, Georgia Steel’s assertion that the EU was to do with “welfare” and would cut “things we trade with” [did she mean countries or trees?] was just as ignorant and Ms Steel is allegedly a student. However, in a sign of Brussel’s abject desperation for a friend of any kind, Michel Barnier’s aide Stefaan de Rynck has weighed into the debate to back Hayley.

De Rynck claims that Brexit could affect the timber trade and the fight against illegal logging.

Sunday nights show saw Hayley ‘Exited’ off the Love Island after viewers rated her and her prospective beau, Charlie Federick the least compatible couple. A verdict Ms Hughes confirmed in her closing scene by complaining bitterly about her exit and then claiming she wasn’t bitter. Light perhaps exists at the end of the tunnel however as perhaps Mr de Rynck and Mr Bariner are on the lookout for young and upcoming intellectual powerhouses to drive the EU juggernaut right off that cliff edge it is hurtling towards.

The EU seems to be relying on ignorance to make its case. Hayley told the Love Island: Aftersun: “I don’t think many 21 year olds know about Brexit.”

At least Prince Harry reportedly says he is ‘open’ to Brexit.

Interest for politicos in the Island is not at an end. Sunday saw the arrival of a new contestant, Zara McDermott, a 21-year-old government advisor whose pitch, ridiculously given the government she is advising, included the claim that shes “got the brains”. We will wait with interest to see if she has a better grasp of Brexit than Hayley Hughes though again given the state of the government you have to suspect Ms Hughes would win that contest hands down……