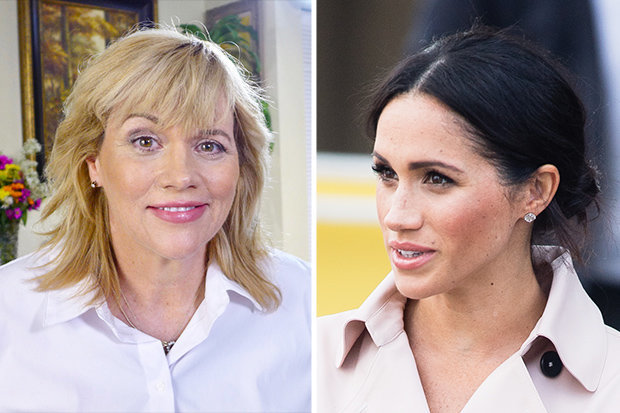 MEGHAN Markle’s sister could be heading to Borehamwood for a stint under Big Brother’s all-seeing eye.

Samantha Markle who caused controversy after it was revealed that leaked paparazzi photos of Meg’s dad Tom getting his wedding suit fitting, were masterminded by her.

Samantha, 53 who is estranged from the Duchess of Sussex claims she raised Meghan for 12 years, as she is 17 years older than her sister, and has revealed she is writing an autobiography called “The Diary of Princess Pushy’s Sister.”

Big Brother has been off screens this summer after Channel 5 bosses wanted to avoid red-hot Love Island.

The new series has been totally relaunched and is set to begin with a Celebrity version this summer, followed by the ‘normal’ one.

The show will reportedly feature several famous housemates who are all known for their involvement in public scandals.

Meghan’s estranged sister has claimed to have raised Meghan for 12 years,

“This year all the celebrity housemates have a unique shared experience, they’ve all weathered their own media storms. Under Big Brother’s eye their stories will be once again firmly in the spotlight and in the national conversation. said a show insider.

Big Brother also has a new boss, Paul Osborne, who was the executive producer of the legendary Big Brother 7. He will be returning as the new creative director.

Osborne started out as a taskmaster on Big Brother in 2000, the very first series on Channel 4 in 2000, before rising through the ranks.

He left in 2008, and has since spent a decade in the US, overseeing shows such as Secret Millionaire and Wife Swap.

Speaking about his comeback, Osborne said: “Big Brother is part of my DNA, so returning to my roots was a no-brainer.

“This summer’s Celebrity Big Brother, like the new eye, is set to be electric.”