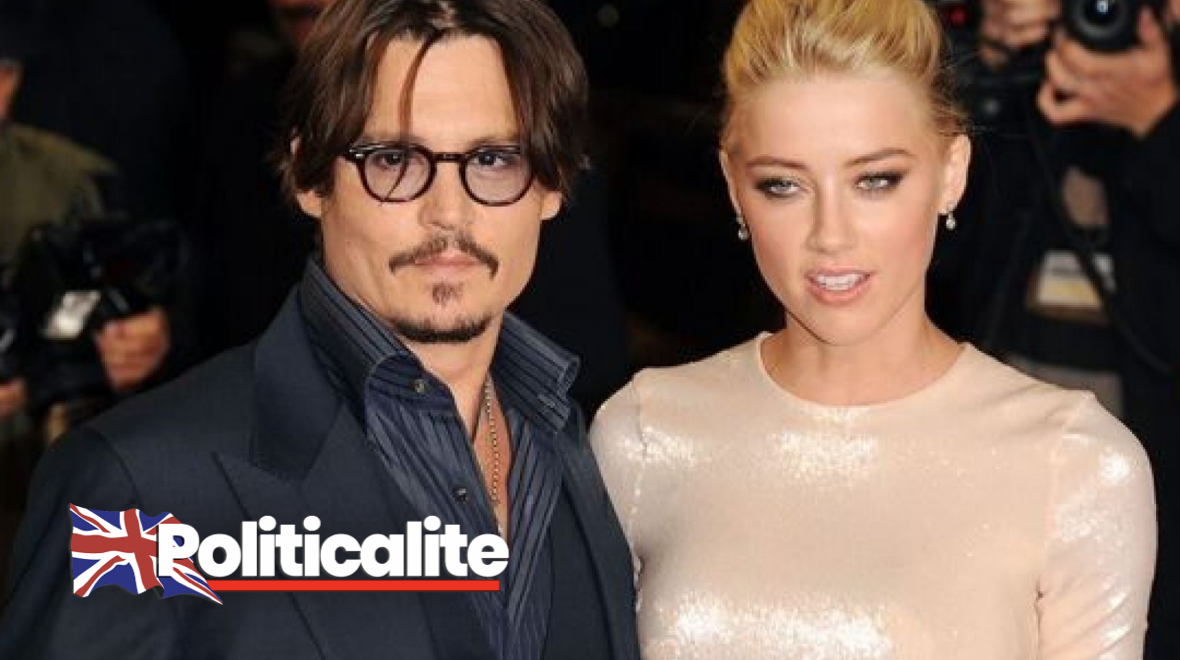 AMBER Heard was the “antagoniser” in her relationship with Johnny Depp, often “goading” and attempting to provoke the actor, the High Court has heard.

The couple argued “like schoolchildren”, with rows starting from “banal beginnings” before escalating, according to Mr Depp’s former estate manager.

Ben King, who worked for the Hollywood star for three separate periods between 2014 and 2016, in Australia, London and Vancouver, Canada, also said in witness statements that Mr Depp, 57, often left notes with comments such as “let’s not do this again” and “I love you”.

Mr Depp is suing News Group Newspapers (NGN) and its executive editor Dan Wootton over an April 2018 Sun newspaper article which labelled him a “wife beater” and alleged he was violent towards ex-wife Amber Heard, 34, during their relationship.

In one written statement, Mr King said that during his employment he “frequently witnessed Ms Heard goading and attempting to provoke Mr Depp”, adding he never saw the actor “be violent or unkind towards Ms Heard, or indeed towards anyone else”.

In a second statement, he said: “Of what I heard of their arguments, they could start from very banal beginnings.

“On one occasion in London, I recall Ms Heard complained that Mr Depp had removed his hand from hers, and she complained along the lines of “maybe you don’t love me” (because you took your hand away).

“The argument then carried on and escalated seriously. The way they argued could make them seem like schoolchildren.

“In hindsight, during the month in London, and thereafter during my time in Australia, I saw Ms Heard as the antagoniser.

“Mr Depp seemed keen to walk out of, or away from, arguments.”

He added: “I want to make clear that I did not see any violence at any time. I do not want to accuse Ms Heard of anything, but this was what I saw of the pattern of their arguments.”

He also claimed that on a number of occasions, mainly during a trip to Australia, Mr Depp “left notes downstairs before he went to work, saying things like ‘let’s not do this again’ and ‘I love you’.”

Mr King said he had been told when he interviewed for the job that Mr Depp was teetotal, adding he was “surprised” when they arrived at the London house that they brought “a relatively large number of cases of wine”.

He went on to say that during their London stay in October 2014, he did not see Mr Depp drink, but he believed Ms Heard “would regularly drink at least one or two bottles a night”.

Mr King claimed he made a tally of the bottles each morning and would “often” see Ms Heard drinking wine.

In his first witness statement, Mr King said that in March 2015, he was summoned to the house the couple were renting in Australia, where he found a “significant amount of damage” and discovered the actor’s severed finger tip on the floor of the bar area while cleaning up broken glass and debris.

Mr Depp has been accused of subjecting Ms Heard to a “three-day hostage situation” and trashing the house during the Australia trip, which he denies.

The actor’s finger was severed during the stay, which he says was caused by Ms Heard throwing a bottle at him, which she denies.

Mr King said that on the flight back to Los Angeles from Australia with Ms Heard, she asked him “have you ever been so angry with someone that you just lost it?”

He said: “I replied that that had never happened to me. She seemed incredulous and asked again, ‘you have never been so angry with someone that you just lost it?’

“Again, I answered that I had not and Ms Heard did not continue on this topic. This question seemed alarming to me, given the severity of the damage I had earlier witnessed at the house and the apparent serious injury to Mr Depp’s finger.”

Johnny Depp’s ex-fiancee Winona Ryder is set to appear at the High Court in London via a video link from Los Angeles on Wednesday, in support of the actor’s libel claim.

The Stranger Things actress, 48, had a relationship with Mr Depp in the 1990s.

At a preliminary hearing in the case, part of Ms Ryder’s witness statement was revealed in court documents, which read: “I cannot wrap my head around (Ms Heard’s) accusations.

The court is also due to hear from actress and advocate for the #MeToo movement Katherine Kendall, who claims she was “misquoted” in The Sun’s article.

The Pirates Of The Caribbean star is suing NGN and Mr Wootton over the publication of an article on April 27 2018 with the headline: “Gone Potty: How can JK Rowling be ‘genuinely happy’ casting wife beater Johnny Depp in the new Fantastic Beasts film?”

NGN is defending the article as true, and says Mr Depp was “controlling and verbally and physically abusive towards Ms Heard, particularly when he was under the influence of alcohol and/or drugs”.