NO ONE VOTED B*LLEND! Tony Blair 'ripped to shreds' by Russell Kane
Advertisement 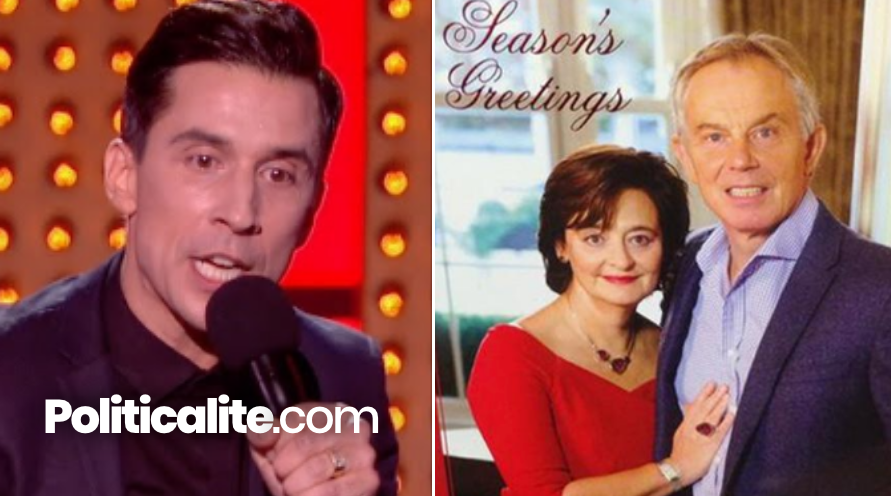 In a 2:20 minute clip filmed in what appears to be his study, Kane was keen to voice his increasing outrage and frustration with Tony Blair and his anti-democratic call for a second referendum.

In a video posted on Twitter, the 41-year-old TV funnyman didn’t hold back. 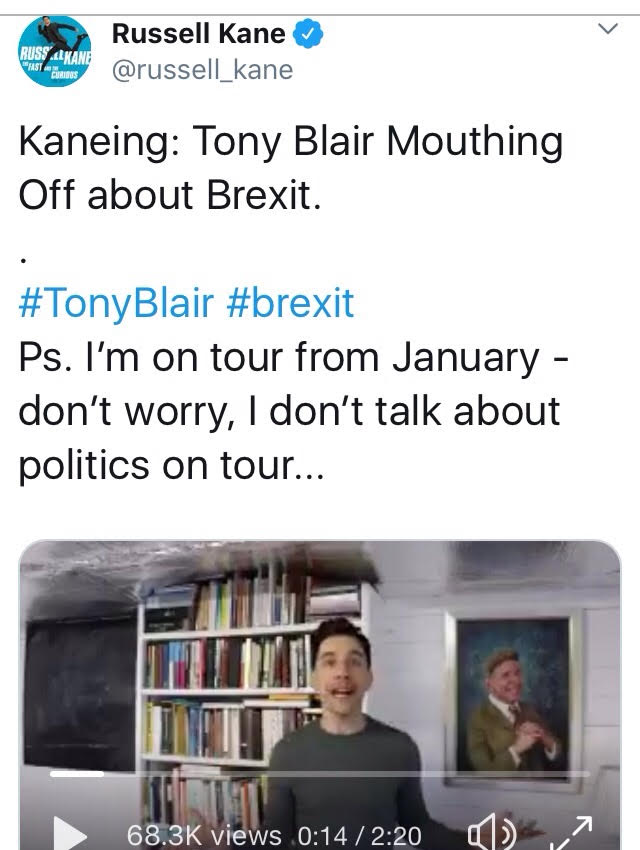 He called out Mr Blair’s dubious history and his anti-democratic call for a second referendum (AKA “loser’s vote”) on Britain’s exit from the futile folly that is the European Union.

“Tony Blair has waded in on Brexit” said Kane with animated disdain. “what the actual f*ck?! The arrogance of the shamed WMD-evidence-faking liar!”

Tony Blair wasn’t the only Labour leader to come under fire during the frank-talking comedian’s hilarious video vent either.

“It’s thanks to Tony Blair that we’ve now got Jeremy Corbyn; Worzel Gummidge in a Pringle jumper. He has about as much chance of getting anything done as my Nan has of reaching the end of an icy street in winter”.

Kane then went on to round-off his now widely-shared rant with a dash of sugarless advice for the former trophy-headed PM.

“Remember, if you’ve fallen from grace because you’ve been proven to be an inveterate liar that cost the lives of thousands, atrophied the trust of the British people in the political system- you probably shouldn’t be mouthing off. No-one’s going to be smiling about that, except perhaps Cheri Blair who, unfortunately, can’t ever STOP smiling…”