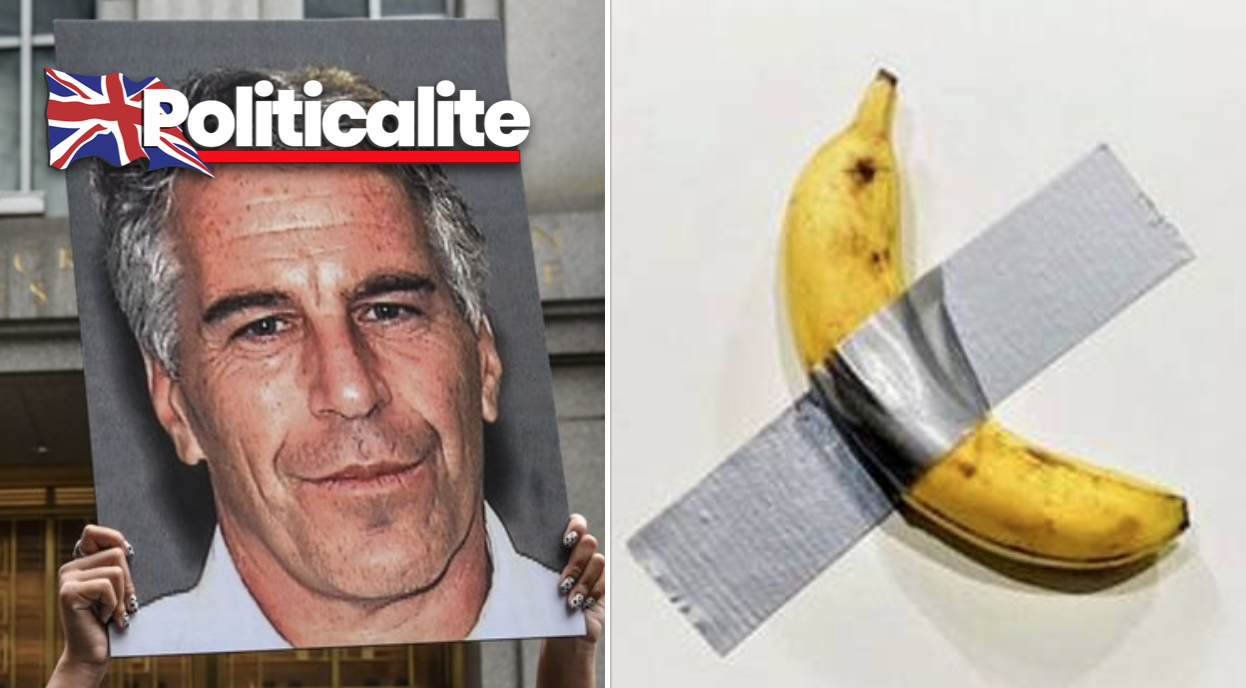 A RIDICULOUS art installation which featured a banana duct-taped to a wall has been made much, much more noteworthy after it was allegedly vandalized with the words ‘Epstein Didn’t Kill Himself.’, claim online sources.

As we previously highlighted, the fruit-based exhibit sold for $120,000 at an art fair in Miami, Florida. 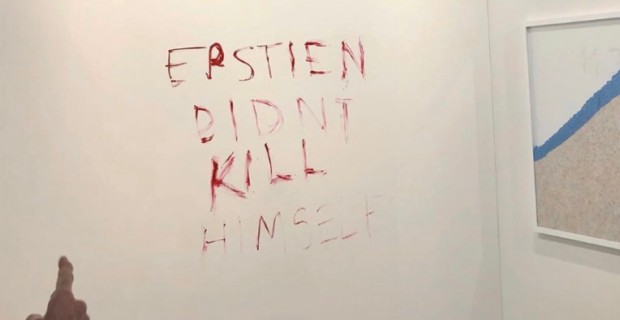 It was subsequently eaten by another man who claimed he devoured the banana as a piece of “performance art.”

Now the entire farce took another surreal turn when another individual used lipstick to scrawl the words “Epstien didn’t kill himself” over the canvass where the banana had once been (Epstein’s named was spelled incorrectly).

The writing was subsequently covered up with white cardboard, but not before onlookers were confused as to whether the man writing the words was himself engaged in a piece of performance art.

“This is the gallery where anyone can do art, right?” the ‘artist’ is heard asking while being confronted by security.

He was later identified as 46-year-old Roderick Webber and now faces charges of criminal mischief.

“If someone can eat the $120,000 banana and not get arrested, why can’t I write on the wall?” Webber shouted as he was escorted out of the building.