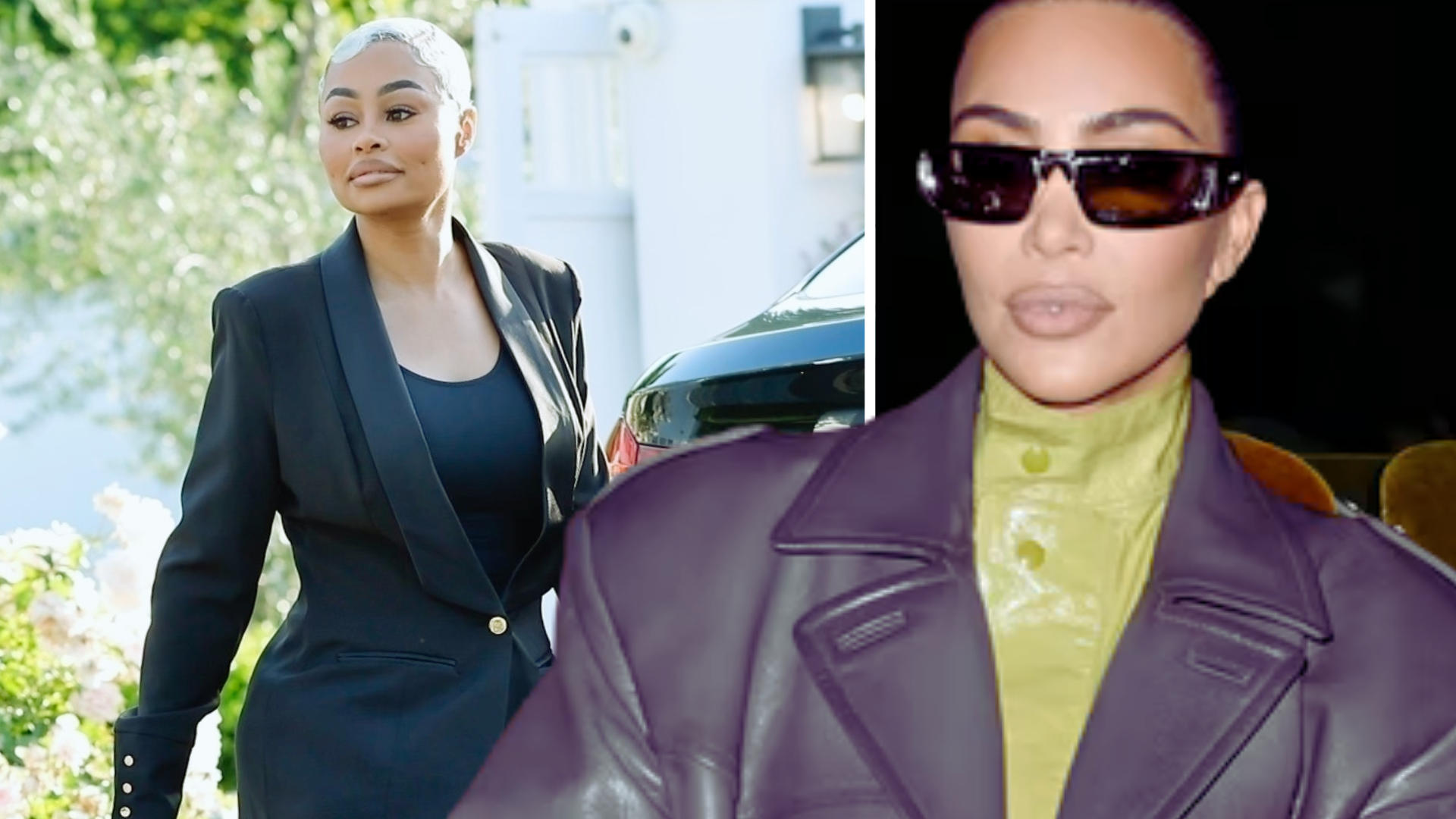 KIM Kardashian has testified that she had no memory of making any attempt to kill the reality show that starred her brother Rob Kardashian and his then-fiancee Blac Chyna.

But she acknowledged demanding that Ms Chyna be kept off of Keeping Up With the Kardashians after hearing she had abused her brother.

“I will not go into a toxic work environment,” Ms Kardashian said of her refusal to work with Ms Chyna. “On my own show, I have the power to do that.”

Ms Kardashian took the stand for an hour in a Los Angeles courtroom on Tuesday in a civil trial in which Ms Chyna alleges that Ms Kardashian and three other members of her family defamed Ms Chyna and convinced producers and the E! network to cancel the spinoff show, Rob & Chyna.

Her testimony was mostly unremarkable — she spent much of it saying “I don’t remember” — but as the biggest star by far to testify in a trial full of stars, she caused a stir when she walked from the gallery to the witness stand wearing a dark grey pinstriped suit with white sneakers.

The moment she stepped down, several reporters dashed from the courtroom to file stories.

In every case, Ms Kardashian said she had no memory of sending them, though she did not deny their likely legitimacy.

“I don’t remember text messages that I sent this morning,” Ms Kardashian said.

In response to viewing one text exchange, a long conversation with a producer from production company Bunim Murray, which produced both shows, Ms Kardashian acknowledged “this definitely sounds like something I would say”.

In it, she expressed anger that Ms Chyna might still be filmed for Keeping Up With the Kardashians, which Ms Chyna occasionally appeared on along with her own show.

“I think we all need to take a break from filming at this point until we figure out what’s going on. She is not going to be on our show,” the text read.

“So if you guys are going to film with Rob and Chyna, and then you are going to lose the Kardashians and Jenners.”

The text exchange includes several seemingly damning demands surrounding Ms Chyna being filmed for “her” show, but Ms Kardashian insisted that was a quirk of technology.

“This is clearly voice dictated, as is everything I text that’s so long, and it’s sometimes rendering ‘our’ as ‘her’,” Ms Kardashian testified.

“I would never refer to her show as ‘her’ show, I would say ‘Rob’s show’ since it’s a spin-off of Keeping Up With the Kardashians.”

She added that the recipient, Amanda Weinstein, did not work on Rob & Chyna.

Ms Kardashian said the text exchange showed that she and her family had no power over what the producers and the network ultimately decided about the shows.

“No one listens to us, no one respects us,” one text message reads.

What they could do was withhold their own participation in the case of Keeping Up With the Kardashians.

“I have a right as a cast member to say we really need a break,” Ms Kardashian testified.

Much of the trial, including the testimony of Ms Kardashian’s mother, Kris Jenner, and sister Kylie Jenner, has focused on a fight between Chyna and Rob Kardashian on December 15, 2016, which led to the couple’s eventual breakup and their show’s cancellation.

Ms Ciani asked Ms Kardashian if she saw any injuries on her brother that day.

“I just remember in that moment him being super emotional, and it’s really all such a blur,” Ms Kardashian said. “I remember him being really red, but I don’t remember anything very specific, just him looking puffy and red.”

Repeatedly asked whether she directed her sisters to tell executives and producers about the attack, which the lawsuit alleges, Ms Kardashian said she had no recollection of doing that, eventually growing mildly angry with Ms Ciani but remaining composed.

“I know you want my answer to change,” Ms Kardashian said. “You’ve asked the same question like four times, I wish I had a better answer for you, but I just don’t remember.”

Asked specifically if she had directed Kylie Jenner to send an email on the issue, Ms Kardashian replied, “I do not control my sisters’ lives, and I do not have conversations with them before they send emails.”

A video deposition of Ryan Seacrest, the American Idol host who co-created Keeping Up With the Kardashians with Kris Jenner, was played for the jury later on Tuesday.

Mr Seacrest said his role as an executive producer on Rob & Chyna included no duties. He said his Kardashians contract automatically gave him the title for any spin-offs.

But he did promote the series including on his radio show.

Asked his first impression of Ms Chyna he said “she was bold and memorable”.

“Do bold and memorable people make good television?” Ms Ciani asked him on the video.

“Sometimes yes and sometimes no. In the episode that I saw, I must have thought yes.”

“Because I went on to promote it,” Mr Seacrest said.

In this article:Blac Chyna, CELEBS, E!, Entertainment, featured, Keeping up with the Kardashians, Kim Kardashian, Showbiz