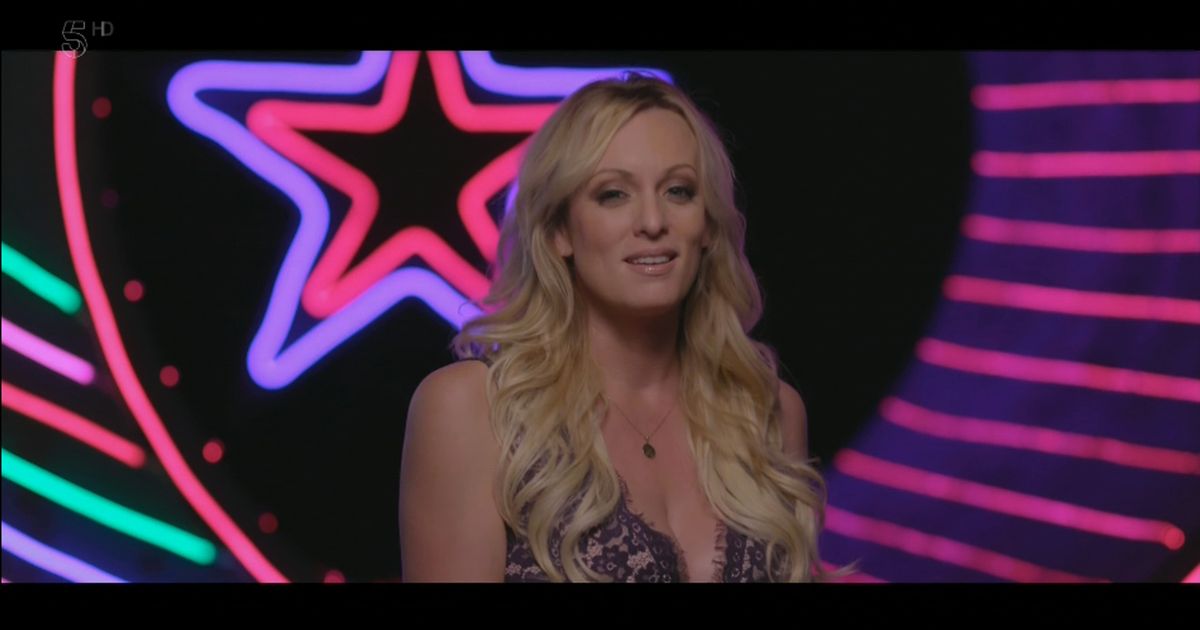 BIG Brother has aired Stormy Daniels VT that was due to be played on launch night and has set the record straight over the media storm caused by irrational Stormy Daniels backing out at the last minute.

Big Brothers Bit On The Side host Rylan Clark said: “Stormy Daniels arrived in the UK yesterday morning, and like every other housemate, she filmed her profile VT.”

Rylan then said: “Five hours before the live shows, Stormy informed us she would simply appear on launch night and then leave. Big Brother tried to work out a compromise. However, Stormy decided to pull out of the show.”

“I’m currently involved in a media storm involving the United States President and it has been shown on every news outlet around the world and it has drastically changed my life.”

“Everybody loves a good scandal, especially if it involves sex. ‘I know a lot of people think they know everything about me, based on things they’ve read or their own opinion, but I think I’m about to prove everyone wrong.”

She then said: “I took on the US President, but now I’m here to take on the Big Brother house. You think you’ve seen a storm? You haven’t seen anything yet.”

Rylan concluded: ‘We had her, she changed her mind and she went. No housemate is bigger than Big Brother.’