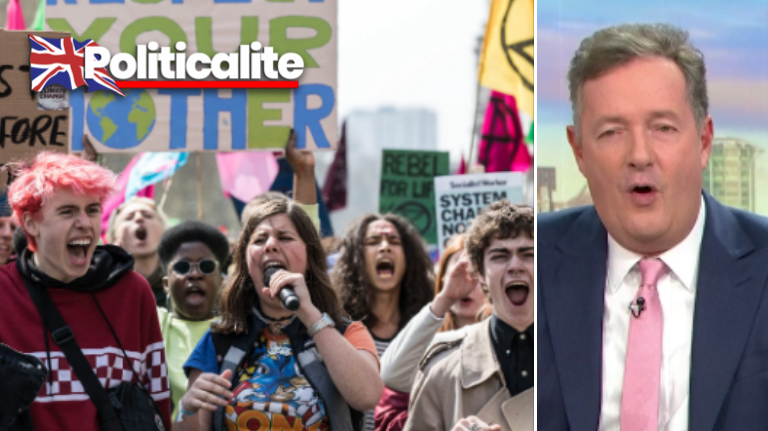 PIERS Morgan hit back at Extinction Rebellion – the smelly leftist eco louts that are set to descend on London AGAIN today as part of worldwide demonstrations calling for action on climate change.

Yesterday, Trafalgar Square and Westminster Bridge were hit with protests.

After a report on the unwashed far-lefties on ITV’s hit morning show Good Morning Britain – Piers angrily hit back and spoke for the nation.

He told viewers: “I’m glad it rained yesterday because that lot needed a damn good shower.” 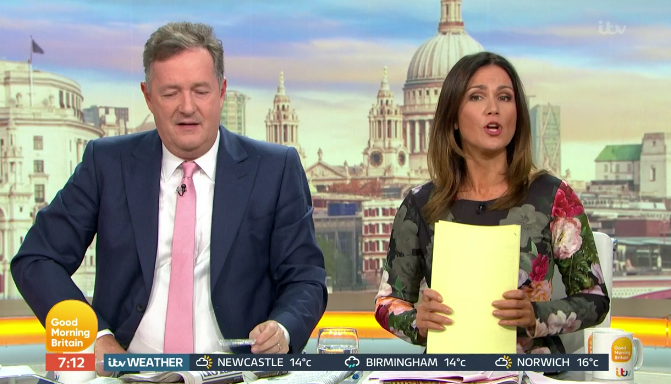 “The hypocrisy that comes with these people” added Piers.

He then highlighted the shocking hypocrisy of some protesters after they were caught going to fast food Giant McDonalds for lunch.

He said: “This is where they went for lunch” as a picture of protesters in one Central London branch of Maccies. 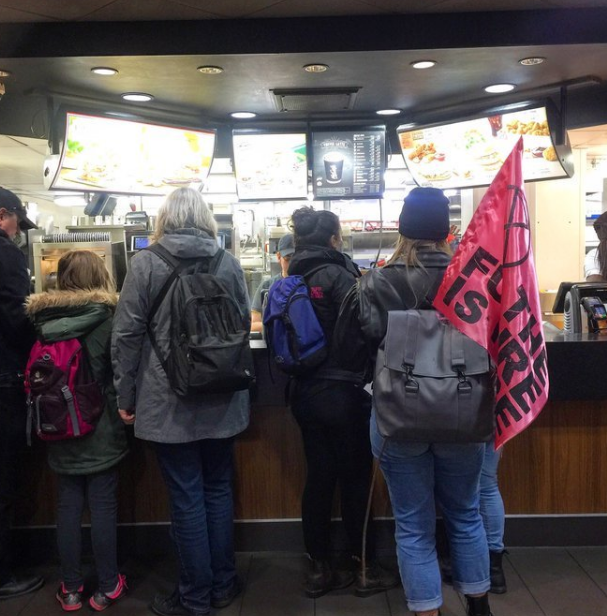 Angelic Susanna added: “Are they not allowed to eat?”

Piers went on: “They went to McDonald’s to eat mass-produced beef out of cardboard boxes.”

Piers dismissed her shouting “Maybe they’re not having a veggie burger, “They’re shameless hypocrites going to the epicentre of fast food.”

“How does McDonald’s sit with the eco-warrior?” asked the host.

He claimed Brits hated them arguing: “We all wanna save the planet – but I’m not lying on the floor screaming and paralysing traffic in London for two weeks!”

“They hate them for the way they smell!”

At least 148 activists were reportedly arrested yesterday after Prime Minister Boris Johnson called on police to use the ‘full force of law’ to disperse the protests.

Similar protests blocking roads were staged by the movement in cities across the globe including Berlin, Amsterdam and Sydney.

Footage shows activists seated in the road along with signs calling for people to “Rebel for Life.”