SPITTING Image is back on your Smart TV… and it’s even more outrageous than it’s original run on ITV.

The uncompromising, fast-turnaround and uniquely British satirical take on global events, arrived to the more turbulent world on Saturday, it steams for ten weeks exclusively on BritBox in the UK. 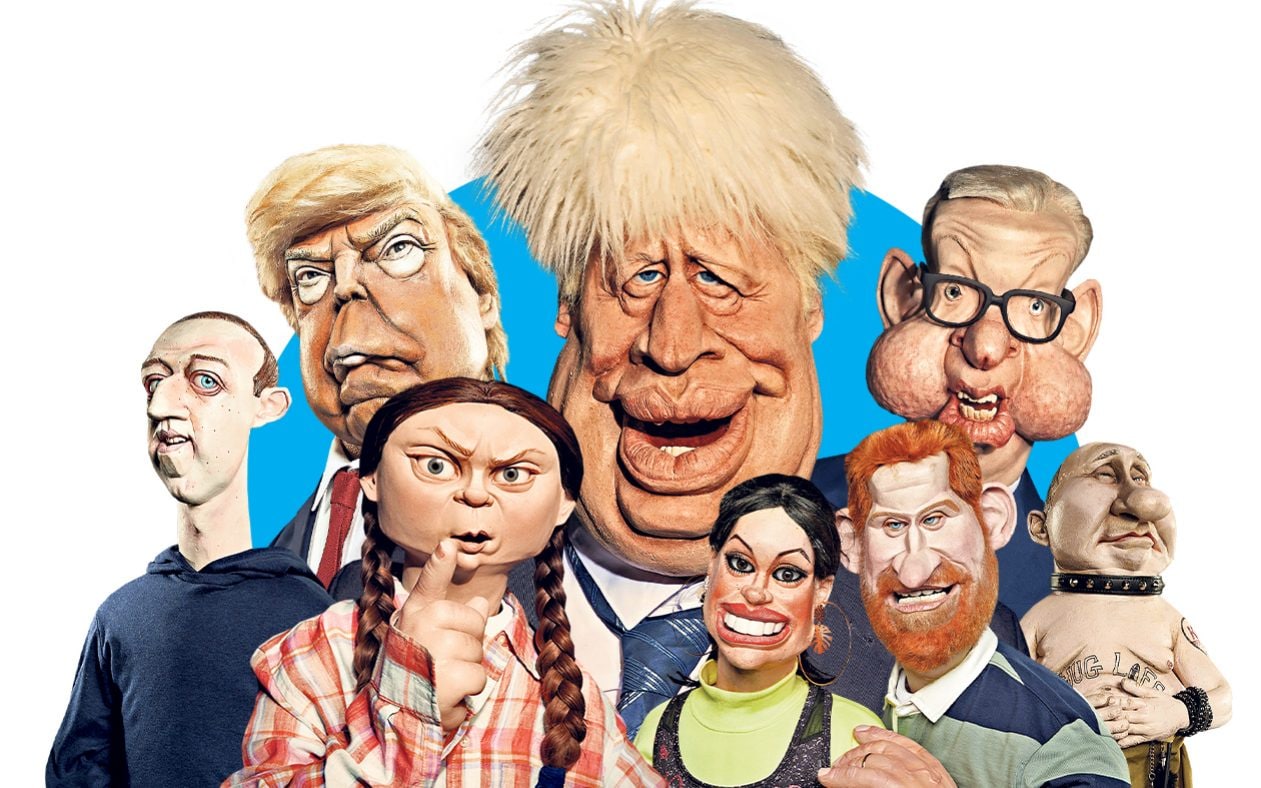 Show creator Roger Law says: “People keep asking me if I have a favourite and I keep saying Greta Thunberg because she’s got more charisma than the entire Tory cabinet and we had a bit of trouble with social media who can’t tell the difference between caricature and insulting people and then suddenly she tweeted that she loved her puppets and that was the end of it.”

On the original show Law said: “It was so irreverent it was shocking and we’d never seen anything like it. The level of kind of satire and lampooning of people in the public eye.”

“It was one of those shows that after you’d seen it you’d talk about it the next day at school on the Monday morning.”

“It had that cult thing amongst teenagers among everyone who watched it so I think the expectation is we’ll hopefully do that again.”

It was announced earlier this year that celebrated Spitting Image co-creator Roger Law returned to head up the show’s creative team, while multi-award-winner Jeff Westbrook who worked on The Simpsons, Futurama is the Showrunner, leading the writing team.

100 puppets have already been developed by socially distanced teams of artists ready for launch.

UNLEASH THE BULLDOG: Britain Needs Some True Eighties Spirit To Get It’s Balls Back