Netta Barzilai, 25 won the contest in Lisbon, Portugal on Saturday night, marking the fourth victory for Israel. They last won in 1997. 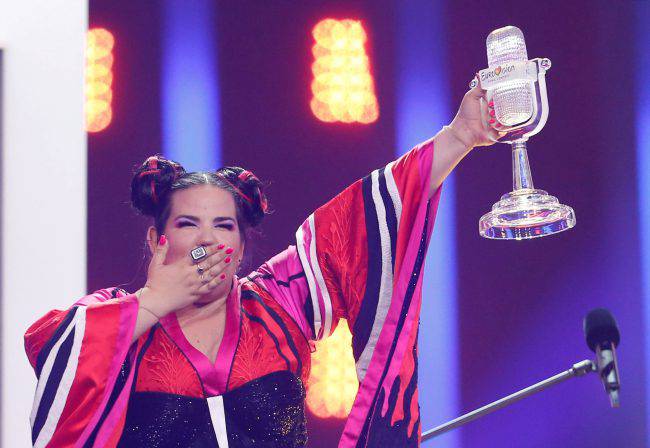 “Next time in Jerusalem!” Barzilai said after her win adding “I’m so happy! Thank you for accepting differences between us. Thank you for celebrating diversity!” but Left-wing Corbynista’s are not happy.

They even suggested the BBC bribed the whole of Europe just to make Jeremy Corbyn ‘look bad’.

Another said the contest was a ‘paid, political show that you can’t win with just a good song and performance.’ and said that ‘Israel won because they fight against Palestine.’

Another branded Eurovision ‘shameul’ and said it was ‘a sham and political.’ whilst backing the Nazi BDS group.

One fan said Israel was “Problematic” and called for Eurovision to be cancelled.

Steve Brookstein said he was ‘offended’ on behalf of Asians.

Rob said that Isreal won with a ‘Shitty’ show of cultural appropriation.

Eurovision was watched by over 200 million people around the world, and now Isreal has the right to host the event next year, early reports suggest the event will be held in Jerusalem.