THIS MOURNING: Thousands of Brits vow to BOYCOTT ‘queue jumping’ Phil and Holly on ITV
Advertisement 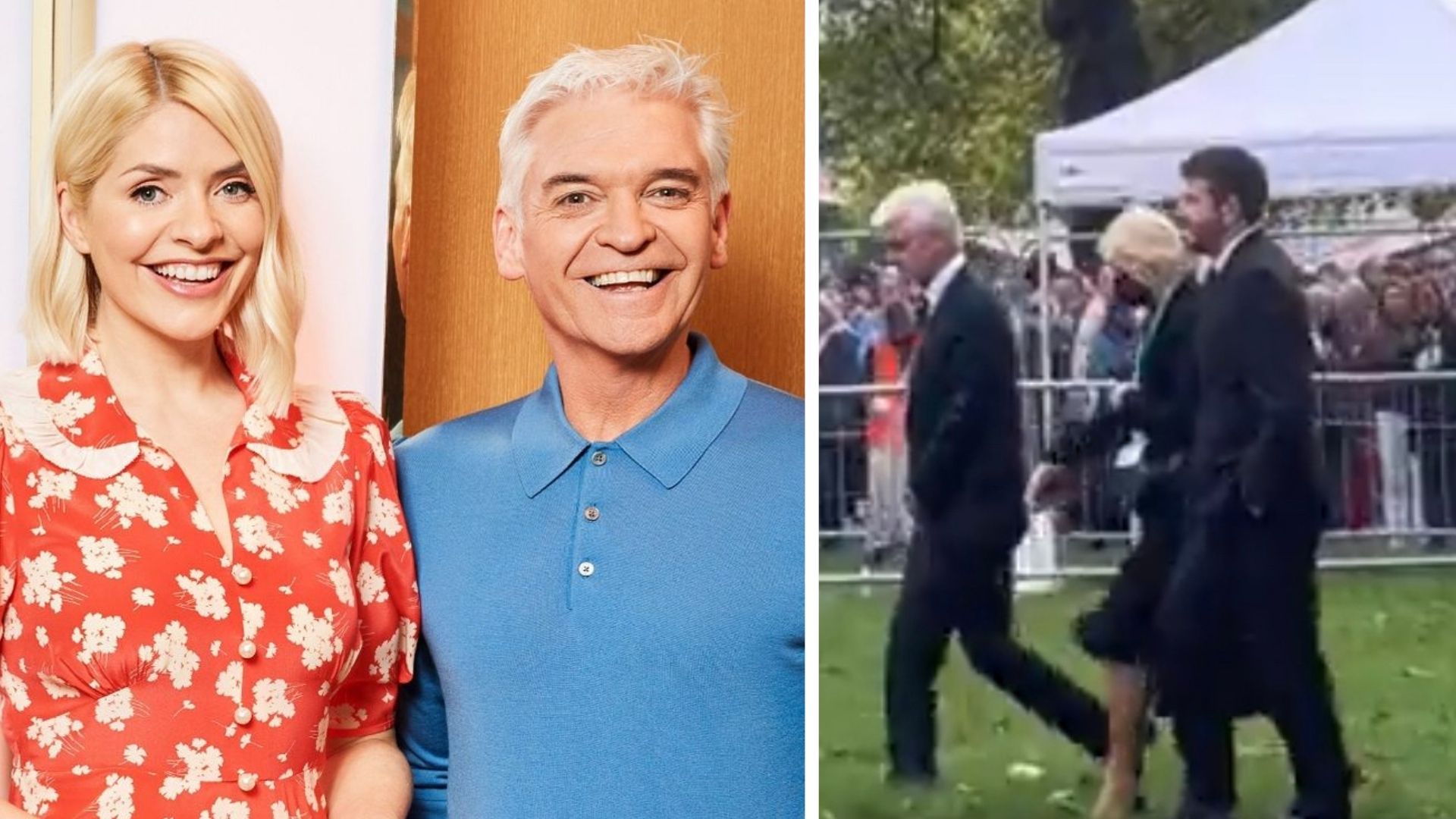 THOUSANDS of Brits who are dismayed at ITV’s dismissal of a disabled woman being pushed out of a queue for This Morning’s “clapped out” stars Phillip Schofield and Holly Willoughby have vowed to boycott the shows return to ITV and have signed a petition for the pair to be sacked from the show.

The ITV show came under fire after the programme treated its viewers like fools and lied about its main presenters Holly Willoughby and Phillip Schofield “not jumping the queue” for the Queen, despite multiple eyewitnesses confirming the pair skipped the hours-long wait with alleged VIP passes.

Mia Froggatt, whose sister had queued for 13 hours with her husband and ten-year old daughter and her disabled mum took to Twitter after her family were ushered out of the line for the ITV pair to join.

She said: “This is a photo taken by my sisters husband yesterday, after he had queued with my sister, their 10 y/o daughter and my disabled mum, for 13+ hrs, my mum was ushered out of @hollywills and @Schofe way so they could #queuejumpers w/o even a thanks #schofieldgate #queuejumping.”

The row has fired up over the Bank Holiday Weekend with Brits calling for Britain’s “most hated” TV presenter to be fired, two years after he had an affair with a young This Morning show runner Mathew Mcgreevey.

This Morning said in a statement: “Phillip Schofield and Holly Willoughby did not “jump the queue” for the Queen’s lying in state and were there to report on the event as media.”

BBC News veteran and national treasure Huw Edwards also took a dig at the queue jumping pair praising David Beckham and Susanna Reid who queued for hours to make the “pilgrimage” to pay tribute to Her Majesty.


Speaking on BBC One on the Eve of the Funeral, Huw said: “There have been quite a few familiar faces in the queue for that lying in state at Westminster Hall.”

“We did of course see a certain David Beckham there on Friday. He was widely praised for queueing for hours and hours, not jumping the queue because he’s a superstar VIP.”

Programme bosses said in a statement on Instagram that their hosting duo had attended to film a segment due to air during Tuesday’s show.

They said: “Hello everyone, we would like to clarify something. We asked Phillip and Holly to be part of a film for this Tuesday’s programme.

“They did not jump the queue, have VIP access or file past the Queen lying in state – but instead were there in a professional capacity as part of the world’s media to report on the event.”

Some media and MPs were able to bypass the queue and access Westminster Hall since its doors opened to the public on Wednesday.

The lying in state was also broadcast live and 24/7 by a number of broadcasters including the BBC and Sky News.

Other famous faces also paid their respects to the Queen before Monday’s funeral.

Good Morning Britain host Susanna Reid, 51, said she had queued for seven hours and 20 minutes to see the lying in state, while David Beckham also joined the queue for 13 hours.

Speaking after the viewing, Beckham, 47, told press: “It is emotional for everybody involved.”