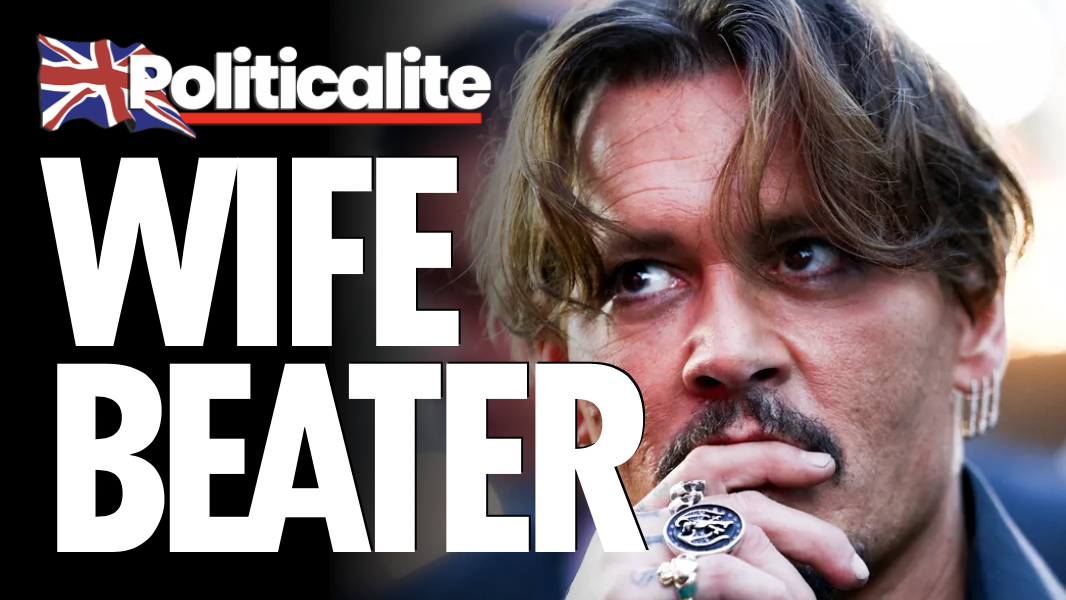 WIFE Beater Johnny Depp has admitted ‘headbuttng’ Amber Heard during his libel trial against The Sun.

The Pirates of the Caribbean star admitted to “accidentally” headbutting Amber Heard while she was “flailing and punching” him at their Los Angeles penthouse.

On the third day of the Hollywood star’s libel case against The Sun and executive Editor Dan Wooton on Thursday, Mr Depp said he had a “collision” with Ms Heard, 34, as he tried to “get hold of her” as she allegedly attacked him on December 15, 2015.

The 57-year-old actor is suing the tabloid’s publisher News Group Newspapers who own The Sun (NGN) over an April 2018 article which labelled him a “wife beater”.

During cross-examination at the Royal Courts of Justice in London, Mr Depp said he accidentally headbutted his ex-wife during a heated argument, in which he is said to have been “in an uncontrollable rage”.

The High Court heard a recording of a conversation between the couple shortly after the incident, in which Mr Depp appears to say he only headbutted her in the “f**king forehead” – which he said “doesn’t break a nose”.

In the recording, Ms Heard can be heard to say: “You had been screaming … it’s the end-all-be-all in the sort of offensive thing.

“You can throw a punch but yet screaming’s OK. You can headbutt somebody who’s screaming but don’t scream.”

Mr Depp then seems to say: “I headbutted you in the f**king …” before he is interrupted by Ms Heard, who says: “I couldn’t believe you did that.”

The actor then says: “… forehead. That doesn’t break a nose.”

Mr Depp claimed the allegation was “another wonderful thing to put in the kaleidoscope of her dossier that she (Ms Heard) is building”.

He added: “This injury that she would’ve suffered is not consistent with the photographs that she has given to the court.

“She was swinging wildly at me, and I … from behind, as I was walking away from the argument to my office, she was hitting me in the neck, ear, back, everything.

“I turned to cover my head and she was swinging quite wildly so the only thing I could do in that situation was either to run or to try to get hold of her, to get my arms around her to stop her flailing and punching me, so I did so, as I did so it seems there was a collision.”

Mr Depp demonstrated with his arms how he claims he took hold of Ms Heard and said she was “kicking and moving” so there was “very close contact” between them.

He added: “That is the only collision and the only potential injury that Ms Heard could have had, there is no way I did as she said and broke her nose.”

The court was also shown photographs of the injuries Ms Heard is said to have suffered, as well as pictures Mr Depp said showed him with “scratches and swelling around my face” he claimed his ex-wife had inflicted.

NGN’s barrister Sasha Wass QC asked why he had not mentioned “accidentally” headbutting Ms Heard in his witness statements to the court.

He replied: “Had I read the entire statement after the lawyers had drafted it, I would have found that missing piece. I didn’t read all those things … and I trusted my attorneys had taken my statement and put it on the record.”

Mr Depp said he used the word “headbutt” because that was the word Ms Heard used, telling the court: “I said ‘I headbutted you in the forehead, that doesn’t break a nose’.”

Ms Wass put it to the actor that he had changed his account of the incident after he became aware of an audio recording of himself and Ms Heard discussing the incident “very recently”.

But Mr Depp said: “I believe she took something and stretched it out as far as she possibly could.”

He added that Ms Heard would tell her friends things so that they would “hate” him, adding: “Another piece for her collection. It is quite a collection.”

Ms Wass earlier said that Mr Depp threw a decanter at Ms Heard, punched the walls and pulled her up the stairs by her hair, removing “clumps” from her scalp.

She added that Mr Depp also goaded Ms Heard, saying “you think you’re a f****** tough guy?”, before he “grabbed her by the throat and pushed her onto the bed” then “slapped her across the face saying you were going to kill her”.

Ms Wass put it to Mr Depp that, by December 2015, “you were routinely using violence against Ms Heard when you were intoxicated and when you were angry”.

Mr Depp said: “I say that is incorrect. Most of the time I tried to get away.”

He added: “Most of the time, Ms Heard’s problem was that I would run away from fights and I was then called a coward and a pussy for trying to avoid an escalation.”

The December 2015 incident is one of 14 alleged incidents of domestic violence, all denied by Mr Depp, relied on by NGN in their defence against the actor’s libel claim.

Mr Depp will continue to give evidence on Friday.