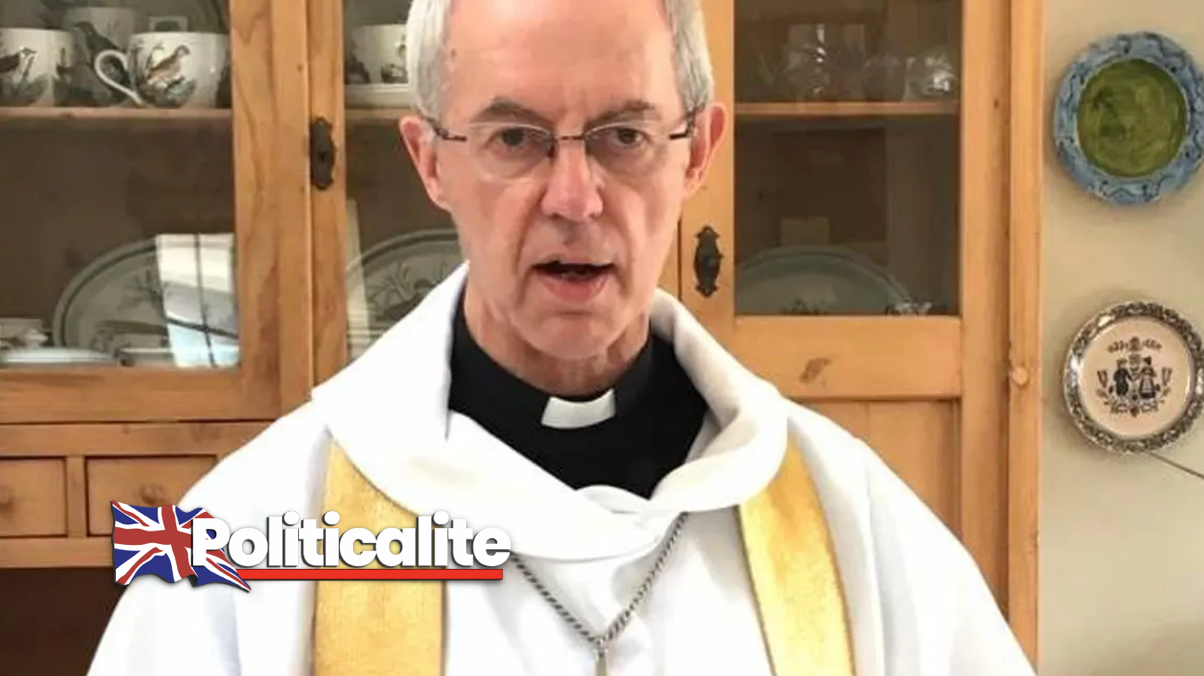 THE ARCHBISHOP of Canterbury has joined political and religious figures across Europe in opposing the EU’s decision to override a key part of the Brexit Northern Ireland Protocol to control exports of vaccines from the bloc.

The protocol, which forms a vital part of the Brexit Withdrawal Agreement with the EU as it relates to the problematic issue of Northern Ireland post-Brexit, states goods should be able to move freely between the EU and Northern Ireland because the region still remains in the Single Market and also operates under Brussels’ customs rules.

Abusing this, however, last night the EU triggered Article 16 of this protocol to temporarily place export controls on this movement in respect of coronavirus vaccines. The move comes as a selfish reaction to the failure of the EU, and in particular its President Von der Leyen, to successfully organize enough vaccines to protect EU citizens – leading to a growing shortage in several member states.

The attempt to steal from Peter to pay Paul – placing millions of UK lives at risk in the process – has sparked outrage, with Taoiseach Micheal Martin contacting Von der Leyen to express concerns.

A spokesman for the Irish Prime Minister said: “We are aware of the issue and the Taoiseach is currently in discussions with European Commission President Ursula Von Der Leyen to express our concerns.”

The move, which has been condemned by political leaders for its playing of politics during a pandemic and for placing millions of lives at risk, has now also felt the ‘wrath of God’ – with the Archbishop of Canterbury speaking out in opposition.

“The European Union was originally inspired by Christian social teaching” he wrote, “at the heart of which is solidarity. Seeking to control the export of vaccines undercuts the EU’s basic ethics. They need to work together with others.”

Meanwhile Boris and his cabinet scrambled to respond.

“The UK Government is urgently seeking an explanation from the European Commission about the statements issued by the EU today and assurances as to its intentions”, it said in a statement, with Michael Gove later adding that cabinet were contemplating its next serious course of action.

Hours later, the EU gave a faint signal that they were either relenting or buying time – bluntly stating that the agreement ‘wouldn’t change’, yet failing to specify if they would officially backtrack on their triggering of the N.I protocol.

The tension between both sides continues to heighten, with political commentators and politicians warning of an incoming ‘cold war’ over Covid-19 vaccines.