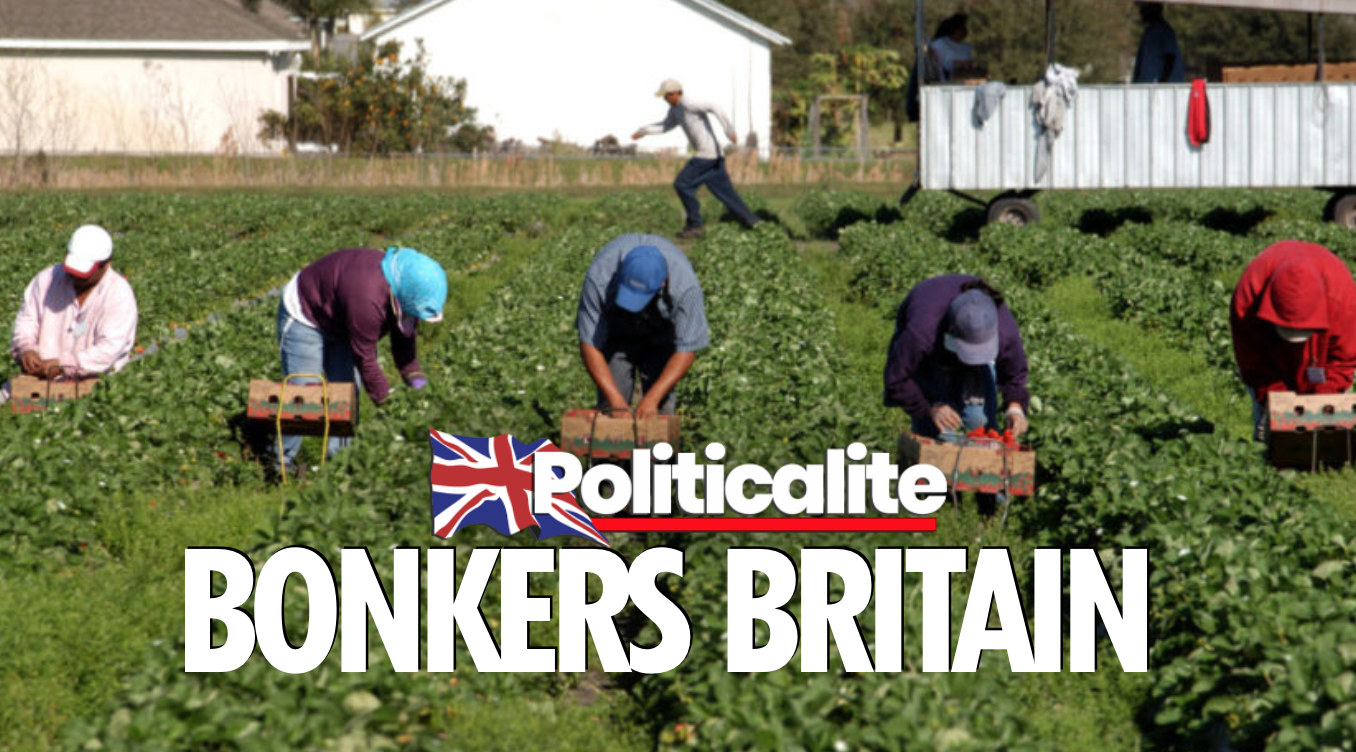 ROMANIAN migrants have been drafted into Britain via Air Charter Service to ‘help bring the harvest in’ according to the Department for Environment, Food and Rural Affairs, despite British applicants applying.

The migrants will provide extra labour to farmers in due to an alleged ‘labour shortage’ – despite high numbers of British applications for these positions.

Concerns have been expressed by the farming community that the lockdown could lead to harvests could rotting.

Many businesses have already admitted using such workers, including those of G’s Fresh in Cambridgeshire – who confirmed two of the flights carrying these workers were done on their behalf.

This was despite how 500 British people had already signed up to fill in the 3,000 available roles in the company.

There are currently an estimated  90,000 roles needing to be filled, according to the British farming industry.

British workers seeking farm work have led to 50,000 searches for such work took place on Totaljobs, Indeed had noted a 6000% spike in searches for these roles and Monster finding that such role finding had nearly tripled on their end.

More proof for this is the charity Concordia managing to sign up 10,000 young people to its Feed The Nation scheme, and the President of the Country Land and Business Association Mark Bridgeman calling such progress ‘wonderful news’ he advocated that Britain’s ‘massive surplus’ of labour could be used in this way.

Importing workers has been widely condemned on social media.

User DavidIBirch has questioned as to ‘why’ it’s going ahead and asked ‘who the f*ck sanctioned that’.

BREAKING NEWS.
Charter plane full of Romanian fruit pickers will land at Stansted airport tomorrow!
Why?- and who the fuck sanctioned that?
This country amazes me.

Another Twitter user going by the name of Hammy wondered why this was taking place with the country on lockdown.

I thought as a country we are on Lockdown. Then tonight I hear on the BBC news. 6 planes of Romanians coming to assist Farmers. WTF

User CharlieThfc called the idea ‘crazy’ and user Up The Villa complained about how it was ‘more jobs being needlessly given away rather than our own’.

We are in lockdown crazy idea

More jobs being given needlessly away rather than to our own ?

Other more liberal and pro-EU types acted smug however and insinuated that showed that Brexit was a bad thing and that British people were ungrateful xenophobes.

What Brexit means in practice: we have to beg people to come here. https://t.co/ldtXzUAiXN