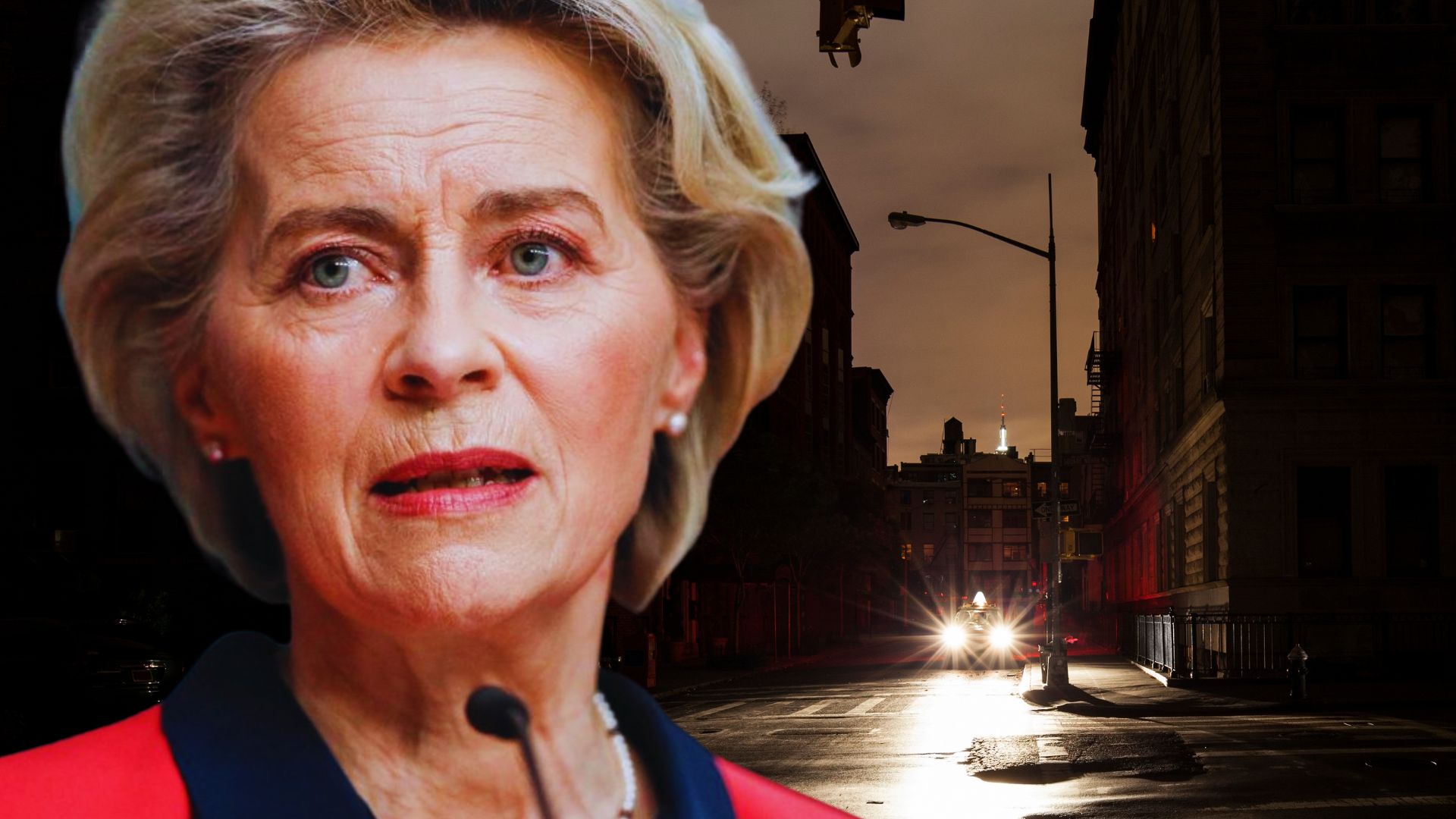 EUROPEAN Union president Ursula Von Der Leyen has signalled that Europeans must stop using energy at peak times to “flatten the curve” as Europe faces blackouts amid the energy crisis caused by the War in Ukraine.

Europe – which was once once of the worlds most advanced regions is getting poorer by the day, with Germany, France and Ireland all facing energy crisis’ even greater than the UK.


Von Der Leyen said that the EU will propose a “mandatory target for reducing electricity use at peak hours” and will “work closely with the Member States to achieve this” as well as capping the revenues of low-carbon electricity providers.

The calls came as Ireland prepared for mass blackouts with “emergency drills” to test the countries readiness for blackouts.

The Irish Department for Energy said: “These emergency exercises, as before, will involve key stakeholders in the energy sector, including Gas Networks Ireland, EirGrid, ESB Networks, and the Commission for Regulation of Utilities (CRU).”

“This year, a joint exercise will involve bodies from both the gas and electricity sectors – reflecting a broadening of the scenarios under consideration.”

The crisis in Europe hasn’t trickled down as much to the UK due to Britain being less reliant on Russian gas – being used as a weapon in the War in Ukraine.

New PM Liz Truss has vowed to tackle soaring energy bills in the UK and confirmed her plan, expected to freeze household bills at around £2,500, will be set out in Parliament.

She rejected the idea of using a windfall tax on the bumper profits made by oil and gas giants to fund the package, reported to cost up to £150 billion.

Ms Truss told the Commons: “I will make sure that in our energy plan we will help to support businesses and people with the immediate price crisis, as well as making sure there are long-term supplies available.

“That is why I, as Prime Minister, will take immediate action to help people with the cost of their energy bills and I will be making an announcement to this House on that tomorrow and giving people certainty to make sure that they are able to get through this winter and be able to have the energy supplies and be able to afford it.”

In response to Labour leader Sir Keir Starmer, who has pushed for a levy on the £170 billion of “excess profits” that oil and gas producers are expected to enjoy over the coming years, Ms Truss rejected a windfall tax.

“I am against a windfall tax, I believe it is the wrong thing to be putting companies off investing in the United Kingdom just when we need to be growing the economy,” she said.

Sir Keir said refusing to tax the profits made by oil and gas firms as a result of the high global prices would leave taxpayers footing the cost of the energy freeze for decades.

“The  Prime Minister knows she has now choice but to back an energy price freeze, but it won’t be cheap and the real choice, the political choice is who is going to pay,” he said.

“Is she really telling us that she is going to leave this vast excess profits on the table and make working people foot the bill for decades to come?”